The Book of Revelation (or, The Apocalypse) cannot be brought up as a subject without my returning to the fervor of its interpreters in the world of my young adulthood, and that means — not to put too fine of a point on it — Hal Lindsey or Salem Kirban, both of whom wrote (and made gobs of money off of) imaginative speculations of what the tribulation would be like. In fact, I grew up in the generation that was entirely convinced the Rapture would occur within one generation of the return of Jews to the Land of Israel, which one would think would now have become an official source of repentance from false announcements. Alas, that has not happened.

But what has happened is a number of evangelicals have offered alternative interpretations of Revelation. While I’m at it, one more thing has happened: populist evangelicals have largely ignored the these alternatives and have carried on with the Lindsey-Kirban line without much more than the dropping of the points that are now clearly wrong. Many of us keep repeating these points, and will continue to do so.

The alternative includes a more socio-spiritual and political reading, with various degrees of emphasis, but the trend today is to anchor Revelation in its time (Roman world, Roman empire) and to see it assaulting the idolatries of the day and to summoning the people of God to faithfulness and to promise them that someday God will put the world to rights. In other words, far less speculation about what will happen and far more clarity on how to diagnose the idolatries of the world. If I could have one wish about reading Revelation intelligently it would be to get the yappers about the future, the speculators, to knock it off for a decade and listen to the careful, wise readings of others.

One of whom is Paul Rainbow, NT professor at Sioux Falls Seminary in South Dakota (where you can see over the horizon the very end of the world). His book is called The Pith of the Apocalypse: Essential Message and Principles for Interpretation (Eugene Oregon: W&S, 2008). Paul was a classmate of mine way back at TEDS and he went on to become a careful NT scholar, a book of his on John’s theology will be published this autumn by IVP, but I’ve only seen him about two times since the early 80s. I’m glad to see this book of his on Revelation. Here’s an opening set of principles that are worthy of serious reflection, and they are each expounded in his first chapter.

Which of these is most important today and why?

1. Revelation belongs to inspired scriptures and is to be read by the church as part of the church’s canon.
2. The Apocalypse was designed to communicate, not to obfuscate.
3. Revelation is a book of prophecy in the tradition of the Hebrew prophets.
4. Revelation is a genuine piece of communication between a first-century author and first-century readers.
5. The message of the book was not exhausted in the 1st Century and remains relevant for us today.
6. The thesis of the book is that “God, acting through Jesus Christ, is the Sovereign of history from creation to consummation” (12).

May 27, 2014 Responses to No Historical Adam (RJS)
Recent Comments
11 Comments | Leave a Comment
"'This renewal began first with the renewal of the people of God (chapter 5 or ..."
Kostya2 Putting the Bible Together
"In Christ, there is no Jew or Greek, male or female."
Silverwolf13 Go Home or At Home?
"I just started to read about Scot Mcknight! His arguments are good.However, I recommend Scot ..."
Yechan Namgoong Tim Keller under the Eye
"" if it be Your will" 1 John 4:14,15 says, 14And this is the confidence ..."
disqus_5T2jXBEN10 JesusCreed.org Blog Prayer
Browse Our Archives
Related posts from Jesus Creed 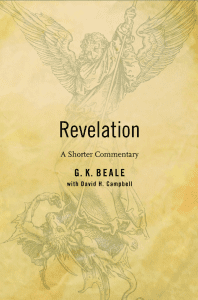 Evangelical
The Renewal of All Things (RJS)
Jesus Creed 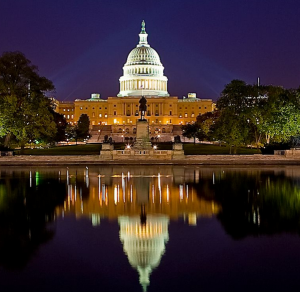 Evangelical
The Relevance of the Book of Revelation
Jesus Creed