The Salt of the Earth (RJS) 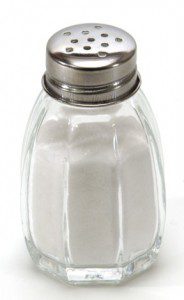 The next section of Philip Yancey’s new book Vanishing Grace poses the question “is it really good news?” … a question that can be answered in many different ways. Does faith matter? Does it affect the way we live in any meaningful way? Even if faith has a positive affect on life, is it true? Is there actually a God out there?  How do we know?

There is abundant evidence that faith matters – but this isn’t the common impression in a secular world.  Yancey reflects on the difference between impression and (what should be) reality.

Unfortunately, most of my secular friends … view the church not as a change agent that can affect all of society but as a place where like-minded people go to feel better about themselves. That image of church stands in sharp contrast to the vision of Jesus, who said little about how believers should behave when we gather together and much about how we can affect the world around us.

Faith is not simply a private matter, or something we practice once a week at church. Rather, it should have a contagious effect on the broader world. Jesus used these images to illustrate his kingdom: a sprinkle of yeast causing the whole loaf to rise, a pinch of salt preserving a slab of meat, the smallest seed in the garden growing into a great tree in which the birds of the air come to nest. (p. 155)

In the Sermon on the Mount Jesus tells his disciples that they are the salt of the earth – followed by a warning “But if the salt loses its saltiness, how can it be made salty again? It is no longer good for anything, except to be thrown out and trampled underfoot.” This is followed by another analogy, “You are the light of the world. A town built on a hill cannot be hidden. Neither do people light a lamp and put it under a bowl. Instead they put it on its stand, and it gives light to everyone in the house. In the same way, let your light shine before others, that they may see your good deeds and glorify your Father in heaven.” (Source Salt shaker image)

The followers of Jesus, the church, should have a demonstrable effect, a contagious effect on the broader world. But too often it does not – or the effect comes across as an oppressive one expressed as a culture war against secular opponents and indeed secularism itself. This isn’t a terribly productive approach. Yancey refers to the work of Rodney Stark in The Rise of Christianity: How the Obscure, Marginal Jesus Movement Became the Dominant Religious Force in the Western World in a Few Centuries and The Triumph of Christianity: How the Jesus Movement Became the World’s Largest Religion. The church grew by taking the teachings of Jesus (and Paul and the other apostles) to heart.

The Christians organized relief projects for the poor and ransomed their friends from barbarian captors. Some voluntarily freed their own slaves. When plague hit, Christians tended the sick – including their nonbelieving neighbors … When Romans abandoned their unwanted babies to exposure and wild animals, Christians organized platoons of wet nurses to keep them alive for adoption by church families.

In the waning days of the empire, the watching world sat up and paid attention. People flocked to the churches which stood out as caring communities.  (p. 155-156)

The same is true today. When the church is viewed as a caring community people flock to the church – true in much of the world today, although not so much in the West.  Yancey suggests that there is a natural cycle – when Christians are in power, and the dominant force, too many forsake the gospel …  divert from mission and turn society against themselves … which shrinks the church into a remnant that returns to the gospel message and the teachings of Jesus.

Victorian England is another case in point. Although the established church had flaws, at times interested more in power and wealth, John Wesley, the Methodists, and those in sympathy with them did much to change the society. In Victorian England …

Literacy increased and poverty decreased. The rates of illegitimate births and crime plummeted.  … What caused the turn around? … Methodists pressed for reforms in the labor movement, housing, prisons, public education, sanitation, and health. Their founder John Wesley taught that the gospel of Christ involved more than saving souls. It should have an impact on all of society, and his followers worked to accomplish just that. (p. 160-161) 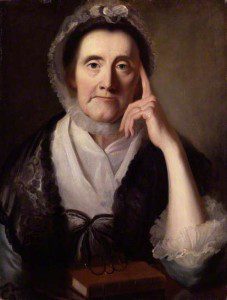 I recently read a chapter in Marc Baer’s short book Mere Believers: How Eight Faithful Lives Changed the Course of History (HT JP,)  describing the work of Selina Hastings, Countess of Huntingdon (1707-1791), a wealthy Englishwoman, who was converted and became a coworker of George Whitefield, and of the Wesleys among others (photo source). Her story seems appropriate in this context. Selina Hastings used her wealth, position, and patronage to set up personal chapels circumventing the normal procedures and hierarchy of the Church of England to protect and provide a pulpit for ordained Methodists. She preferred to work within the Anglican church, but moved outside of it and bent the rules when it seemed necessary. She ministered to fellow nobles through gatherings in her home, she established a school to train preachers, she established private chapels that “drew mainly workers and the lower middle class to them.” “Many of her chapels had attached schools for poor children.” (p. 12) She crossed class divisions and moved out of her comfort zone. She spent a fortune to make a difference because she felt called to do so. She was not, Baer makes clear, a perfect woman, but a human with human failings – including a temper – but she made a difference.

The story of Selena Hastings reveals how one individual could make a mark on her times … what’s clear is that men whose education far surpassed hers, ministers included, deferred to her, and not merely because she was wealthy. They sensed her discernment, particularly on doctrinal issues. They experienced her generosity, and they saw her courage in overcoming personal circumstances – that she did not grow weary and lose heart.  … Might this mean that godliness trumped gender prejudice in the eighteenth century? If so the history of those times need revision. (p. 19)

We’ll touch on some of the other stories in Baer’s book in the future, but for now … back to Yancey. Yancey anticipates the critics who will point out that many European countries, although decidedly secular today, work admirably well, with a culture of humanitarianism, caring for those in need. But his response? “The gospel transforms culture by permeating it like yeast, and long after the people abandon belief they tend to live by the habits of the soul. Once salted and yeasted, society is difficult to un-salt and un-yeast.” (p. 169)

What does it mean to be the salt of the earth and the light of the world?

How should this influence the way we view the church?

December 30, 2014 God's Kingdom, God's Will (Matthew Miller)
Recent Comments
13 Comments | Leave a Comment
"Curious as to why my comment was deleted? Here it is again for all who ..."
zfari Go Home or At Home?
"From my experiences, a God who has a Gender, a Sex, and a Biological Orientation... ..."
Kyllein MacKellerann What to Say When Someone says ..."
"What is the "final destruction of sin" please?"
Bob Shiloh What to Say When Someone says ..."
"Dr. Fitch, you write the following regarding the resurrection:Of course, Cone is focused on the ..."
J.R. Miller David Fitch, James Cone: Liberation Theology ..."
Browse Our Archives
Related posts from Jesus Creed

Finding Positives in Adverse Situations
My wife and I had to get a COVID test on Wednesday...
view all Evangelical blogs
What Are Your Thoughts?leave a comment
Copyright 2008-2021, Patheos. All rights reserved.