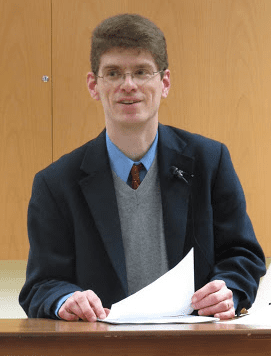 Many have undertaken to draw up an account of the relationship of the two and one of my favorites is by John Franke, The Character of Theology, which was discussed on this blog way back in 2005 (here is the opening post). Franke offers a solid attempt for Protestants to grapple with Catholic senses of tradition/Tradition and a Protestant attempt to deal with the same.

What issues arise for you that prove that Scripture alone is challenged by an interpretive tradition? What issues make you wish we go back and start all over again with nothing but the Bible?

It’s time, then, for a Roman Catholic attempt, and nothing finer than Matthew Levering’s new book, Engaging the Doctrine of Revelation, which has the very clear subtitle as an orientation to where Matthew is headed: The Mediation of the Gospel through Church and Scripture. Matthew lives about a mile south of me and we have had an occasional lunch together, and I have to admit my admiration for his virtue and faith as well as his knowledge and clarity in theological articulation. [Image credit]

His opening introduction is the concern of this post as I, along with a Presbyterian, will be reviewing the book in more detail and substance in a later post (more about that later). The introduction is about Catholic and Protestant theories of Scripture since Vatican II.

Prior to Vatican II was the Theological Commission’s Schema that was then responded to by then theological advisor to a Cardinal, namely, Joseph Ratzinger (Benedictus XVI). Vatican II produced Dei Verbum, probably the most definitive doctrine of Scripture available to Catholics. Levering then discusses three major proposals for Scripture (and tradition and the church) in the Catholic tradition, with this summary:

Levering clearly liked a predecessor, René Latourelle, and he interplays the issues of personal revelation and propositional revelation. He disapproves of the trend among some Catholics to downplay proposition.

For the Protestants, he discusses Paul Ricouer (who downplays proposition), Richard Swineburne (who affirms it), and Colin Gunton (who also affirms it). He couldn’t have chosen three more significant players. But the issues of revelation, Scripture, tradition and church are pushed into special categories, and he focuses most on Gunton who thinks tradition and church get too much value among Catholics. Levering responds:

Without placing the Church over revelation, the Spirit can guarantee the Church’s preservation from error n its definitive interpretations of revelation—which differs from guaranteeing the truthfulness of everything the Church says and does. This perspective enables us to give due weight to “the church of the living God, the pillar and bulwark of the truth” (1 Tim. 3:15). In short, we can accept the existence of errors within the Church’s works and teachings over the centuries, so long as we do not suppose that these (reformable) errors produced a rupture, that is to say a false definitive doctrine about faith or morals in the heart of the transmission of revelation (27).

Here is Matthew Levering’s big idea for the book:

My book focuses on the mediation of divine revelation, or specifically on how the Triune God, ever present and active, sustains the handing on of revelation by “the Israel of God” (Gal. 6:16), the community that Peter describes as “a chosen race, a royal priesthood, a holy nation, God’s own people,” whose mission is to “declare the wonderful deeds of him who called [believers] out of darkness into his marvelous light” (1 Pet. 2:9) (28).

January 26, 2015
To My Preacher's Kid, about Becoming a Man (Jason Micheli)
Next Post 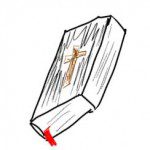 January 27, 2015 Read the Whole Bible? (RJS)
Recent Comments
0 | Leave a Comment
"quote," Rather it placed her in the position of honor and supremacy,. . ." Yes, ..."
Elca Context, Context, Context
"1) Yes, male was created first. No, this was not unfair to the female. Rather ..."
NorrinRadd Context, Context, Context
"Wow, one year later and you still want to debate? let me copy and paste ..."
Elca Can Egalitarians and Complementarians Find Unity?
"So then are you prepared to repent of calling us "intellectually dishonest"?"
NorrinRadd Can Egalitarians and Complementarians Find Unity?
Browse Our Archives
get the latest from
Evangelical
Sign up for our newsletter
POPULAR AT PATHEOS Evangelical
1