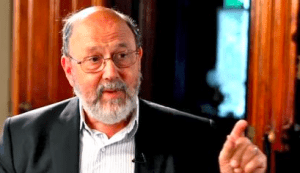 Last week I posted a response to the question: Do we need to read the whole Bible?  While it isn’t necessary for every Christian to read every section of the Bible, it is important that teachers, preachers, and other leaders are immersed in the entire sweep of scripture, and this includes the boring and the  apparently inscrutable parts.

One reason I find this important is that a more complete understanding of Scripture helps to put many of the concerns raised about the relationship between science and Christian faith into proper perspective. Without even invoking science at all, the literalist approach, including a six-day creation reading, requires so many caveats and tweaks to make consistent with the whole of Scripture that it seems clear this isn’t the best way to be faithful to the message. Even the early church fathers recognized the twists that require something other than a strictly literal interpretation. Likewise the secular arguments against the Bible make far less sense when I am immersed in the sweep of the biblical story.

It is reassuring to see that others have come to similar conclusions. N. T. Wright [Image credit] begins his book Surprised by Scripture with an essay Healing the Divide Between Science and Religion. In this essay he notes that modern society is Epicurean – an designation he uses frequently but that often escapes me as a scientist, not a humanities major and certainly not a classicist. The point however seems simple. We tend to separate God and science. Either something is the result of natural processes or it is a result of divine action. Because science explains so much we can push God further and further away, until he is confined, powerless, to a realm far away and long ago. Or perhaps he never existed after all.

But this is a faulty view of God, and of his relationship with his creation. Natural explanations don’t remove God from the picture. He is intimately involved in his creation, “natural” processes notwithstanding.  We err when we make this a zero-sum game. It isn’t. And we err when we try to force Scripture into the mold of scientific explanation. It isn’t.

So what does this have to do with the sweep of scripture? Wright’s point:

The early Christians, even Paul, did not develop a detailed doctrine of creation. They did not need to, since they inherited one: the ancient biblical vision of Genesis. But, as they well knew, the Genesis account is a highly poetic, highly complex narrative whose main thrust has nothing to do with the number of twenty-four-hour periods in which the world was made, and everything to do with the wisdom, goodness, and power of the God who made it.  …

And just as the account of the Fall in Genesis 3 sits alongside the account of the rebel angels in Genesis 6, teasing the wise reader into pondering evil as a genuine mystery rather than an easily explicable (and soluble!) glitch, so the accounts of creation itself in Genesis 1 and 2 do not sit neatly on top of one another but offer two very different angles of vision. The fact that the animals are created before humans in Genesis 1 and the male human before the animals in Genesis 2 is a classic literary way, perhaps a classic Hebrew literary way, of saying that these two accounts are signposts  pointing away from themselves into a third reality that remains unstated, and perhaps unstatable. Perhaps it is that further reality to which the Psalms and Proverbs are pointing when they speak of God making the world “by wisdom.” And perhaps it is that farther reality that Paul, John, and Hebrews refer to when they pick up the hint and speak of Jesus himself in the language of wisdom, as the one through whom all things were made. (p. 19-20)

When we read bits and pieces of scripture we can fixate on Genesis 1 as a scientific description, or on Genesis 2 – but it is hard to make both fit at the same time (although some always try). Wright’s reference to Genesis 3 is not one I’d heard before, but the Fall of Genesis 3 and the events leading up to the great Flood in Genesis 6 are not intended to be reconciled through a breaking of creation by human sin. Humans didn’t create the snake or cause the sons of God to find the daughters of men beautiful and to have children by them. Evil isn’t so easily corralled and tamed.  We need to ponder the deeper meaning of these passages.

God’s creation in Genesis 1 is a temple God has built, “a place for his own habitation, into which he would of course place an image of himself before coming to dwell in it, to take his ease there, to be at rest.  The temple in question is a the combined heaven-and-earth reality.” (p. 20)  The temple of creation continues to declare the glory of God.

Still we need more. What about the sweep of scripture?  Wright’s answer:

The first great cycle of narrative in the Bible is that which runs from Genesis 1 and 2 to the end of Exodus, where, despite Israel’s idolatry and sin, the creator and covenant God nevertheless comes to dwell in the newly constructed tabernacle, filling it with his glorious presence (Exodus 40). When, long afterward, the Jerusalem Temple was built, the same thing happened (1 Kings 8). That presence departed at the time of the exile, but the prophets assured Israel that the divine splendor would return one day;  the New Testament writers declare, in many different ways, that it has happened – in Jesus the Messiah and through the gift of God’s spirit. Jesus himself id the true temple; then, by extension as it were, those who are gifted with his spirit become, in themselves, living temples. (p. 22)

Perhaps all those rather boring details of tabernacle (Exodus), temple (Kings), and new temple (Ezekiel) have a point in the grand sweep – but the point isn’t in the construction of a temporary, permanent, or new building. Rather they emphasize the importance of the dwelling place of God who is with us his creatures. Wright goes on:

This is how Isaiah’s prophecy is fulfilled, that the glory of the Lord shall be revealed for all flesh to behold – the promise of a new temple, a new creation, in which all will be invited to share. It has all come true, says the New Testament, in Jesus and then in the Spirit. (p. 22)

In the grand sweep of scripture Jesus is not the answer to the problem of an initial mess-up, but rather the one through whom we should reinterpret all of creation.  Plan A not plan B.

This means, to begin with at least, that we have to read the New Testament’s big claims about Jesus and creation the other way around. We have read John 1, 1 Corinthians 8:6, Colossians 1, and Hebrews 1 as though they are simply making grand claims about Jesus; as though we know what creation is, and now we have to discover just how exalted Jesus is by being told that “all things were made through him.” But, as with Christology in general, so with the Christological claims about creation: perhaps we don’t know in advance what creation is, just as we don’t after all know in advance who God is; perhaps what we are being told in these famous passages is that we are to search for an alternative account of creation, a cosmogony, by more fully pondering Jesus himself. (p. 23)

Jesus as God’s messiah, Immanuel, God with us, as savior and king. Here is where our focus should be, even when reading the first chapters of Genesis.

The whole project of Jesus is a new-temple project, … it is a project, in other words, in which heaven and earth are brought together at last, with God’s sovereign rule extending on earth as in heaven through the mission of Jesus, climactically in his death and resurrection, and then through the similarly shaped and spirit-driven mission of his followers.

My proposal, then, is that if we want to make the real quantum leap that the science-and-religion debate badly needs, we should look deeply into the four Gospels and their story of Jesus inaugurating God’s kingdom, dying on the cross, and rising as the first fruits of new creation, and ask ourselves about the nature of the new temple, the new heaven-and-earth reality, and the new creation itself, which Jesus was modeling and launching. (p. 24)

A post script. At one of the BioLogos gatherings several years ago a pastor (I believe it was Tim Keller) made the point that one of the major issues in the discussion of science and Christian faith is the power of the story we tell. The creationist story just plays well with audiences: a perfect creation ruined by human sin, redemption in Jesus, and new creation to come. We know that something is wrong and the story Ken Ham and others tell rings true in some important ways – but oh so troubled in others, both from within scripture and from our knowledge of the age of the earth and the course of its development. (Wright refers to some of the problems of this view within scripture, see Ronald Osborn’s Death Before the Fall for a good discussion of some of the other issues.) But it plays well for Christian audiences. The purely naturalist story (Wright’s Epicureanism) seems a valid, even probable alternative in our Western culture when the problems are unearthed. We need pastors to convey the power of the story of creation in new ways more consistent with the sweep of scripture and the nature God’s creation studied through science.

This chapter in Surprised by Scripture is (and was) N. T. Wright’s response; it was powerfully presented by him. We need to dig back into the story of scripture, look at the sweep, to see where the story goes wrong and where to take it forward. In this way we can heal the divide between science and Christianity and reach both those in the church, and those who are not.  We need a Christ-centered approach from the very beginning of creation, and a God centered approach.

What do you think of Wright’s framing of the story? Should we understand Jesus through Genesis or Genesis through Jesus?

What is the sweep of scripture?  Is the central point the Fall (human failing) or the Temple (God’s faithfulness and presence)?

February 3, 2015 ECPA Top Christian Books -- Yikes!
Recent Comments
14 Comments | Leave a Comment
"Curious as to why my comment was deleted? Here it is again for all who ..."
zfari Go Home or At Home?
"From my experiences, a God who has a Gender, a Sex, and a Biological Orientation... ..."
Kyllein MacKellerann What to Say When Someone says ..."
"What is the "final destruction of sin" please?"
Bob Shiloh What to Say When Someone says ..."
"Dr. Fitch, you write the following regarding the resurrection:Of course, Cone is focused on the ..."
J.R. Miller David Fitch, James Cone: Liberation Theology ..."
Browse Our Archives
Related posts from Jesus Creed