For the longest time, Lester Holt would finish the Sunday edition of NBC’s “Today” show at 9 a.m., just when services began at the Manhattan Church of Christ.

When the elders moved the start time to 9:30, no one was happier than Holt.

“I don’t know if it was a personal favor to me, but it really has helped,” a chuckling Holt told The Christian Chronicle in an interview at the “Today” studios. “For a long time, I’d get off at 9, and then I’d have to bugaloo over there and get there about the third or fourth song before communion.

“I was the guy kind of sneaking in. Now, I have a little more time.”

For Holt, 50, who also is weekend anchor of “NBC Nightly News,” Sunday worship has been a part of his life as long as he can recall.

“Lester is a humble and loving Christian — a faithful member of our congregation who doesn’t seek attention to himself,” said Dave Swearingen, an elder at the 400-member Manhattan church. “He often helps to lead our worship, and his remarks are always an inspiration to us.”

The youngest of four children, Holt grew up in Alaska and California as the son of a career Air Force noncommissioned officer.

His mother, June Holt, a member of the Cordova Church of Christ in Rancho Cordova, Calif., near Sacramento, said the family always attended services together.

“We discussed the sermons and Bible class topics following services, so Lester is well-grounded in the Word,” June Holt said.

“I have heard him mention on more than one occasion on Sunday ‘Today’ that he would be attending church when he gets off the air,” she added. “That shows me he is not ashamed of the gospel of Christ.” 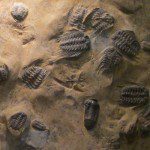