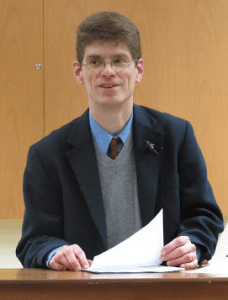 Can we avoid it? In Matthew Levering’s new book, Engaging the Doctrine of Revelation, he sketches the “official” Roman Catholic view from the papal document, Dei Verbum. Then he advances the view of T. Tilley, a much more accommodating or progressivist view, and then Levering offers a proposal. I am writing a bigger review of Levering’s book but today I’d like to offer this post as a subject for our conversation.

Big question: Where are you on this one? Why?

First, Dei Verbum, and I ask you to read it carefully and “pick it apart” (i.e., exegete it):

Tradition transmits in its entirety the word of God which has been entrusted to the apostles by Christ the Lord and the Holy Spirit. It transmits it to the successors of the apostles so that, enlightened by the Spirit of truth, they may faithfully preserve, expound and spread it abroad by their preaching” (Levering, 139).

Second, then, Tilley, and again “pick it apart.”

In short, although we cannot know God the Trinity or Jesus Christ in any direct way, we can make truth-claims about such referents and measure the truth of these claims by the results that they produce in us. The Catholic tradition’s task is to seek increasingly to make truth-claims that “free a person and community to live in truthful ways’ (149).

Third, an understated but pervasive them in Levering’s book is that we cannot interpret without tradition.

As becomes clear when the risen Jesus opens his apostles’ “minds to understand the scriptures” (Luke 24:45), the content of divine revelation cannot be handed down, even in scriptural form, without being interpreted by the Church under the guidance of Christ and the Spirit. Tradition is necessary for the handing on of the content of divine revelation. In the Gospel of John—among the latest biblical texts—we find Jesus’s promise to sustain this Tradition by the Holy Spirit (John 16:13). Emphasis added.

Where are you on this one? Let’s say you agree we cannot avoid having tradition in operation. What to do with it? Is it relative? 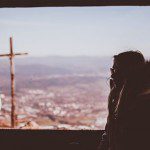 March 2, 2015
Revisionist History on the Term "Complementarian"
Next Post