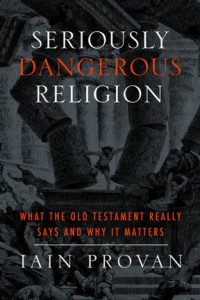 Iain Provan in Seriously Dangerous Religion: What the Old Testament Really Says and Why It Matter has taken us through a survey of the Old Testament to explore the Old Story told in the Bible. He then connected it with the new dimensions revealed through Jesus Christ. Now it is time to address the key question – not what does the Bible teach?, but rather is it true?

We are now in a position to return to where we began. … The Old Story… is in fact routinely regarded nowadays, on all sides, not just as ineffective but also as problematic and even dangerous. Implicit or explicit in that judgment is the further judgment that the Story is untrue. It does not correspond to the way things were, or are. That is why it is problematic and even dangerous, as we look toward the future. It is not a reliable guide to reality, and those who think that it is will inevitably do damage as they engage with reality.  (p. 348)

The question of truth must be seriously considered.  Everyone lives in a story of some sort, and lives their life and makes choices according to that story.

Human beings are always “storied,” regardless of whether they reflect upon this fact, just as they are always “political,” regardless of whether they vote. “The world is ruled by little else” than powerful ideas, “both when they are right and when they are wrong.” We can do no other than find ourselves in a story. The only question is, Are we going to make any effort to ensure that we are governed by right ideas rather than wrong ones? Or are we simply going to remain “slaves”to inherited ideas, without engaging in any critical reflection on them? (p. 349)

The Old Story told in scripture should be questioned and tested. Is it reasonable? Does it contribute to a coherent understanding of the world around us? Does it mesh with the facts we know and what we are learning? Are our inherited ideas actually faithful to the Old Story?

The last question is important. Many atheist writers will argue against the Story, but as I listen or read it becomes clear that the way the Story is framed is part of the problem. The Story shouldn’t be rejected in total because one way it has been told is clearly wrong.  We need to dig deeper.

Provan believes that this Story properly understood meshes well with the facts, and does so far better than any of the competing stories. In the remainder of the post today we will look at the first three areas he examines for coherence: on the nature of the world, the nature of God, and the nature of humankind. 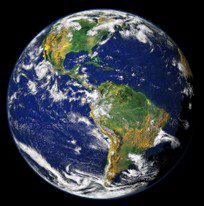 1. The world is not eternal – it had a beginning and will have an end. Both scripture and modern science tell a similar story here. Time flows relentlessly in one direction. “The universe does not run on eternally, in endless cycles of existence, … It began, it is developing, and it will end. We inhabit a story.” (p. 354)

All of this is to say that the existence and nature of the cosmos in which we live imply, to me, a personal creator God of the kind that biblical faith proclaims. The cosmic story in which we are bound up implies a Storyteller—someone who is weaving the story together into a coherent tale. (p. 355)

The design apparent in the universe, in life on earth, in the creation of human persons, implies a designer.

The appearance of design shouldn’t raise hackles, but it does because of the baggage that has been attached to the concept of design and designer.

It is often deployed by people who want to set up in opposition God’s design of certain aspects of the world, on the one hand, and natural processes, on the other. In this way of approaching the world, this or that aspect of the created order is said to be explicable only in terms of God’s design, and not in terms of natural (especially evolutionary) processes. I need to be clear, then, that I do not mean by my own use of the word “design” to imply any such opposition and that, in fact, I do not believe that biblical faith requires or commends any such opposition. I am convinced, with many scientists, that “the science of Darwinism is fully compatiblewith conventional religious beliefs” and with biblical thinking itself. (p. 356)

Provan points to several passages in the Psalms to demonstrate that the action of God through “natural” process is a thoroughly biblical view. Psalm 8, 104 and 139 are all brought into the discussion. We can affirm with the psalmist that “you knit me together in my mother’s womb” without discounting the natural process of embryonic development. God is providentially involved in the world through so-called natural processes of development. Biblical faith and the nature of creation according to the Old Story isn’t opposed to modern science, and the natural processes studied and explained by modern science are not opposed to biblical faith.

Critical reflection on the Old Story leads us to understand that some of the scientific conclusions that have been drawn from it are wrong. But these do not undermine the Story itself.

3. There is a sense of the sacred that permeates human experience. Provan finds it hard to believe that this sense of the world as sacred space is merely an illusion, perhaps a byproduct of evolutionary pressures.

Some may find this easy to believe; I must say that I do not. Human beings are fundamentally religious beings, it seems to me, and we always have been. We are drawn to worship, as a moth is drawn to the flame. Why is that? An important aspect of this worship is thankfulness—a sense of gratitude for the world, and for our lives in it and for those we love. Why do we feel thankful? Do such intuitions correspond to nothing outside our heads and hearts? For myself, the existence of a Storyteller makes good sense of these intuitions in a way that nothing else does.  (p. 358)

The widespread need to worship, and the focus of this worship on personal gods of one sort or another arises from the reality of a Storyteller – however distorted the knowledge of this Storyteller has become at times.

4. We live in a good world. The Old Story tells us that the world was created to be enjoyed and gives us insight into the meaning of the world and how we should live. Science studies process, but it cannot teach us of meaning. The purpose and plan we experience speaks to “the deep plausibility of the Old Story.”

Moving from science to theology and the nature of God, Provan also suggests that biblical view of one personal God also lends coherence and plausibility to the Old Story. The alternatives are not as plausible. The absence of any kind of god leaves a void, with the world simply a progress of natural processes. Multiple deities with human traits and faults … stealing, deceiving, hungering, lusting  … provide an implausible structure with too many unanswered questions. An impersonal deity setting the world in motion is unsatisfactory – it lacks both relationship and community. The incarnation and resurrection are the ultimate expressions of a personal God.

And on to human beings. The view of humankind in the Old Story also lends to its plausibility. Humans are different from the other animals. These differences are profound.

A chimpanzee is not a human being. It does not possess a highly developed brain capable of abstract reasoning, language, or problem solving. It does not possess a desire for self-expression, and the appreciation for beauty that produces cultural innovations like art and music. It does not have an ability to understand and to influence the world around it through the development of tools, leading to such distinctively human innovations as building fires, cooking food, and making and wearing clothes. These are just observable facts. (p. 365)

The Old Story is realistically humanistic, acknowledging the good and the bad. It provides a way to live that values people old and young, male and female, rich and poor, slave and free.

I find that the biblical vision of human existence explains convincingly who I am and what I am to do. The world has indeed become a better place to the extent that this vision has already taken hold of it—a much greater extent than many people, without a profound sense of the past, have been able (or willing) to see. It has become a better place precisely to the extent that the intrinsic value and human rights of all human beings have been recognized—be they men, women, or children—and to whatever tribe, ethnicity, or religion they may belong. The world would be a better place still, I contend, if this biblical vision in its entirety—humanistic and democratic, and centered on the one, personal, and good God—were to be widely embraced. (p. 367)

Biblical humanism is grounded in the God who is for us. Secular humanism, Provan claims, lacks foundation and is not up to the task.

We will look at more areas where the Old Story must be examined for coherence in the next post, but this is enough for today.

What do you think of the strength (or weakness) of Provan’s argument?

Is the nature of the world consistent the truthfulness of the Old Story? Why or why not?

Is the nature of God as personal and relational an argument for the truthfulness of the Old Story?

Does the humanism of the Bible cohere with known facts? 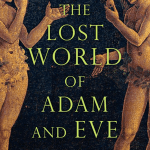