“Celebrating” an Execution (by Jeff Cook) 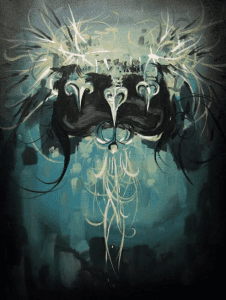 Jeff Cook lectures on philosophy at the University of Northern Colorado. His thoughts on the cross can be found here: Everything New (Subversive 2012). You can connect with him atwww.everythingnew.org and @jeffvcook

This week Christians all over the world will celebrate an execution.

In the sixth century BC, the Assyrians developed a new way to kill people. Early cultures the world over punished murderers and other scoundrels by hanging them from a cursed tree, but the Assyrians realized when they crucified someone, they commanded respect. The sight of a crucifixion inflicted a horror which the Assyrians found more valuable than simply executing a criminal. Crosses were able to mutilate and dishonor so severely that everyone noticed, everyone was shocked, everyone adapted, everyone was transformed by the power of the cross.

Crosses were the nuclear weapon of the ancient world.

Empires were first created and maintained because of the fear of crucifixion. Because of its power, Alexander the Great adopted crucifixion and brought it to the Mediterranean in the 4th century BC. The Phoenicians introduced it to Rome, and Rome became an empire in part because it perfected the art of crucifying people. Quintilian, an adviser to the emperor, described his own philosophy of crucifixion, “Whenever we crucify the guilty, the crowded roads are chosen, where most people can see and be moved by this fear. For penalties relate not so much to retribution as to their exemplary effect.”

If you lived in the ancient world, it’s likely you would have seen scores of people executed on a cross. If someone in your town was crucified, you would have heard them die, seen their agony, and watched their bodies decompose on your way to do business. On a crucifix, the executed often hung for days until their organs failed and their bodies succumbed to shock. In order to maximize its gory effect, victims would often be severely beaten before being tied, or even nailed to a crossbeam. After a victim died, the corpse was left to bake under the sun, and after a few weeks the mangled body of a man, woman or child would simply rot and fall off their cross. Victims often wore signs around their necks displaying the reason for their death, making it clear to all not only what activities ought to be avoided, but also who was in charge—because crucifixion was not about killing someone. Killing a person is easy.

Crosses were billboards. Crosses unveiled who was king.

Looking back on history one truth is certain. In the ancient world, crosses communicated to everyone that the violent, the brutally ambitious, and the merciless reigned over the earth. Crosses were not just the way people died. Crosses were instruments of slavery. Crosses announced the rule of death, evil, dysfunction and despair.

But this is no longer the case.

Because of Jesus, the cross has a different message.

Christians celebrate the death of Jesus this week because his cross announces that all that was once sick can be restored, that evil will not have the last word, that God has not abandoned us like so much trash but has approached us in a fundamentally new way. In the pantheon of potential deities Jesus is unique and worthy of celebration, for he alone took what was most foul and disgusting in the whole history of the world—the crucified man—and through the cross announced his ability and intention to making everything new.

March 30, 2015 Hopecasting
Recent Comments
4 Comments | Leave a Comment
"'This renewal began first with the renewal of the people of God (chapter 5 or ..."
Kostya2 Putting the Bible Together
"In Christ, there is no Jew or Greek, male or female."
Silverwolf13 Go Home or At Home?
"I just started to read about Scot Mcknight! His arguments are good.However, I recommend Scot ..."
Yechan Namgoong Tim Keller under the Eye
"" if it be Your will" 1 John 4:14,15 says, 14And this is the confidence ..."
disqus_5T2jXBEN10 JesusCreed.org Blog Prayer
Browse Our Archives
Related posts from Jesus Creed