When is a person a “Convert”?

Trying to define conversion in a meaningful way is not easy, so I will go to two major scholars of conversion theory. In doing this, let me emphasize that the scholarly discussion of conversion avoids specific theological terms, so sometimes this can sound a bit clinical and artificial — but I want to emphasize that it isn’t. Conversion is a profound spiritual moment and/or process that, at the same time, can be analyzed on the basis of “what we can see.”

So, two theorists and then I’ll offer a rendition of my own.

Lewis Rambo, who has written the definitive study of conversion (Understanding Religious Conversion), defines it like this — and this will shock some of us:

Conversion is what a group or person says it is. The process of conversion is a product of the interactions among the convert’s aspirations, needs, and orientations, the nature of the group into which she or he is being converted, adn the particular social matrix in which these processes are taking place.

Rambo emphasizes the community nature of conversion — think about it. We convert to the Christian faith that comes to us and our conversion is shaped by how that the community presents the gospel.

James Fowler, whose book Stages of Faith, is both learned and frustrating for me, defines conversion most clearly in his second book, Becoming Adult, Becoming Christian, as follows:

I mean an ongoing process through which people (or a group) gradually bring the lived story of their lives into congruence with the core story of the Christian faith.

James Fowler gets to the heart of another important feature: conversion is the re-writing of our own autobiographies. One of my former students, Scott Wagoner (Wagsy), introduced me to the “BC and AC” days expression: Before Christ and After Christ.

For my take, which can be found in Turning to Jesus, I see conversion essentially as … identity change:

The transformation of our identity from a self-identity to a Christ-identity.

How about you, how would you define conversion?

And how about at your church: How is it defined there? I suggest you look at three models.

Each local church, whether radically independent or associated with a larger denomination, institutionalizes a conversion orientation. A church does this by the way it presents the gospel, by the way it teaches Sunday School, by the way it preaches from the pulpit, by the way it shapes the programs and platforms. Some kind of conversion theory is at work in every church. One can, then, look at conversion as location — as something happens in connection with a specific place and time.

Each church institutionalizes this process in one of three orientations, or at least a mixture of them. And we each come to faith in one of these orientations or as a result of a combination of them.

How does conversion happen at your church? How is it designed?

Perhaps the oldest form is socialization. In the history of the Church this orientation has acquired all kinds of names — catechism and nurture being the two most prominent, but the essence of it is this: children are “reared into” the faith by their family and community of faith. This is as old as Israel’s principle of teaching kids the Shema (Deut 6:4-9) and it has proven to be an effective means of leading generation after generation into the faith. Charles Spurgeon longed for his boys to come to faith the way the sun emerges from the horizon, and I have myself seen plenty of students and known many pastors who have told me that they never had a time in their life that they didn’t believe.

A second orientation is a a more structured form of the first: I call it liturgical process but I’m not sure there isn’t a better term. At any rate, the socialization orientation here gets a more official, ecclesiastical, and liturgical/sacramental shape. Children are nurtured into the faith through a church-directed process like infant baptism, catechism, confirmation, and the like. The difference between the socialization and liturgical process is the emphasis given to family context or to ecclesiastical context. Many examples could be given, but one thinks of folks like Saint Macrina or Gregory of Nyssa or Thomas Aquinas or many Anglican divines.

A third orientation is called personal decision, which of course is the hallmark emphasis of evangelicalism. Here the emphasis is given to each person making a personal decision to believe in Jesus Christ. It is not that this is a complete “alternative” to either the socialization process or the liturgical process, but the emphasis here is notable.

The first two emphasize process; the third emphasizes a moment (though many today would say the moment is a moment in a bigger process).

The first one is this: each orientation is nervous about the others. If you tell a socialized convert that personal decision is necessary, they get nervous; personal decision folks can’t comprehend the conversion story of those who say “I was baptized as a baby and been a Christian ever since” even if that person is as much (or more) a follower of Jesus.

Second, human beings come to faith in different ways and it is a tragedy that churches institutionalize one and only one orientation. Those who grow up in personal decision churches who actually grow into the faith pretty easily struggle with their lack of conversion story, and liturgical sorts who one day had it all “click” and start blabbing about it make others fell uncomfortable. Why not have more churches just admit that humans come to faith in different ways?

What would our evangelism practices and discipleship programs look like if we adopted an adaptable orientation mindset? 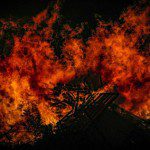 April 10, 2015 Changes for Educating Medical Doctors
Recent Comments
4 Comments | Leave a Comment
"WOW UR TESTIMONY JUST SAVED ME. WOW. Thank you praise Jesus. (I feel like that ..."
Luu Saturday Afternoon Book Review: Andrew Farley
"Avoidance of these verses is at the heart of faulty conclusions. Humanistic interpretations are why ..."
Glenn Harrell What To Say When Someone Says ..."
"I think what you should say is: "I don't want to kink shame, but that's ..."
Spirit Plumber What To Say When Someone Says ..."
"Jesus dying temporarily for our sins doesn't really make much sense. Here's why:Let's say I ..."
C Nault What is a “Sacrifice of Atonement”?
Browse Our Archives
get the latest from
Evangelical
Sign up for our newsletter
POPULAR AT PATHEOS Evangelical
1 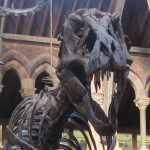