Paul and the Women of Corinth 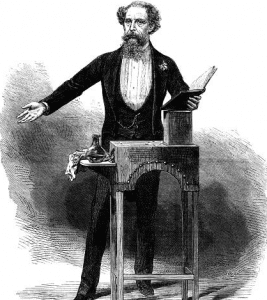 I don’t know if you’ve ever done this but if you do I suspect you will be frustrated. Try reading the Song of Solomon as a blank text. No verses, no chapters, and no modern day translation breaking it up into He and She and the Daughters of Jerusalem — and others perhaps. Here are two facts: (1) that text has different speakers and (2) the listeners/readers were expected to know Who was saying What.

The author of the Song of Solomon (if it was Solomon) often indicate character shifts but often doesn’t make it clear. Now another observation: ancient texts often did this. How did they expect listeners/readers to know that a character had changed in the text? Another observation: ancient texts were not written to be read in private but were written to be performed or read aloud.

I give but one example before I get to the substance of this post. Read this text in James 2:18-26, and I have eliminated the quotation marks from the NRSV and used italics to indicate what the NRSV thinks is quotation (and the author just does not tell us when he has stopped quoting; I have given numbers to the clauses) — that is, a citation from the opponent in the opponents’ words (or depicted words).

As you read this text, when do you think you know for sure that we are now getting James’ own voice? I say not for sure until v. 20. Does the opponent (the interlocutor) stop with 1, 2 or 3? (I discuss this text in my James commentary.)

20 Do you want to be shown, you senseless person, that faith apart from works is barren?  21 Was not our ancestor Abraham justified by works when he offered his son Isaac on the altar?  22 You see that faith was active along with his works, and faith was brought to completion by the works.  23 Thus the scripture was fulfilled that says, “Abraham believed God, and it was reckoned to him as righteousness,” and he was called the friend of God.  24 You see that a person is justified by works and not by faith alone.  25 Likewise, was not Rahab the prostitute also justified by works when she welcomed the messengers and sent them out by another road?  26 For just as the body without the spirit is dead, so faith without works is also dead.

We may not know but (1) James did and (2) the public reader of James knew and when the letter was read aloud (3) the audiences knew by the performance of the reader. But for sure James is quoting an opponent. Where the opponents’ words end demand careful listening skills.

Now to 1 Corinthians. In her new (and I predict significant) book (Women and Worship at Corinth), Lucy Peppiatt presents a reasonable case that women passages in 1 Corinthians, when read through the lens of performance and rhetoric and Pauline theology elsewhere, reveal quotations of opponents and diatribe against those lines. (The book is endorsed in a foreword by Douglas Campbell who has famously developed the case for “speech in character” as well as diatribe in Romans.) Today I want to post her conclusions, encourage you to purchase this book, and then we can dip into some specifics down the road.

The italics are words from those Corinthians with whom Paul is disagreeing:

1Cor. 11:2   I commend you because you remember me in everything and maintain the traditions just as I handed them on to you.  3 But I want you to understand that Christ is the head of every man, and the husband is the head of his wife, and God is the head of Christ.

6 For if a woman will not veil herself, then she should cut off her hair; but if it is disgraceful for a woman to have her hair cut off or to be shaved, she should wear a veil.

11 Nevertheless, in the Lord woman is not independent of man or man independent of woman.  12 For just as woman came from man, so man comes through woman; but all things come from God.  13 Judge for yourselves: is it proper for a woman to pray to God with her head unveiled?  14 Does not nature itself teach you that if a man wears long hair, it is degrading to him,  15 but if a woman has long hair, it is her glory? For her hair is given to her for a covering.  16 But if anyone is disposed to be contentious—we have no such [“no other”] custom, nor do the churches of God.

You may already be muttering this so it is already time to address it: How could they have known? How do we know? Why not give signs or clues to such “citations” or rhetorical breaks?  The answers are these: (1) these texts were to be performed and instructions were given to the readers by the authors; (2) this was common in the ancient world, e.g., Epictetus, but I already mentioned Song of Solomon and now just go read any of the prophets and you will notice perceived or discerned quotations and poetic breaks. These were not tipped off most of the time. The reader caught them in a culture where this was how things were done. (3) Rhetoricians like Quintilian openly stated that authors didn’t need to tip the readers off to such breaks. The knowledge came in the performance.

One of the more important skills in reading then is to listen to the text well enough to perceive such things. (Does anyone question the problem that arises, say, in 1 Cor 14:33b-36? Something’s odd here.)

Does this make interpretation difficult? Sure does. The issue though is whether this was the way rhetoric worked at that time, and it did.

Now 1 Corinthans 14:20-39, and you will notice that the NRSV already detected some kind of rhetorical break in 14:33b-36 and placed them in parentheses, but I deleted them and put the words in italics.

1Cor. 14:20    Brothers and sisters, do not be children in your thinking; rather, be infants in evil, but in thinking be adults.  21 In the law it is written,

“By people of strange tongues and by the lips of foreigners I will speak to this people; yet even then they will not listen to me,”  says the Lord.

23 If, therefore, the whole church comes together and all speak in tongues, and outsiders or unbelievers enter, will they not say that you are out of your mind?  24 But if all prophesy, an unbeliever or outsider who enters is reproved by all and called to account by all.  25 After the secrets of the unbeliever’s heart are disclosed, that person will bow down before God and worship him, declaring, “God is really among you.”

1Cor. 14:26   What should be done then, my friends? When you come together, each one has a hymn, a lesson, a revelation, a tongue, or an interpretation. Let all things be done for building up.  27 If anyone speaks in a tongue, let there be only two or at most three, and each in turn; and let one interpret.  28 But if there is no one to interpret, let them be silent in church and speak to themselves and to God.  29 Let two or three prophets speak, and let the others weigh what is said.  30 If a revelation is made to someone else sitting nearby, let the first person be silent.  31 For you can all prophesy one by one, so that all may learn and all be encouraged.  32 And the spirits of prophets are subject to the prophets,  33 for God is a God not of disorder but of peace.

As in all the churches of the saints,  34 women should be silent in the churches. For they are not permitted to speak, but should be subordinate, as the law also says.  35 If there is anything they desire to know, let them ask their husbands at home. For it is shameful for a woman to speak in church.  36 Or did the word of God originate with you? Or are you the only ones it has reached?

1Cor. 14:37   Anyone who claims to be a prophet, or to have spiritual powers, must acknowledge that what I am writing to you is a command of the Lord.  38 Anyone who does not recognize this is not to be recognized.  39 So, my friends, be eager to prophesy, and do not forbid speaking in tongues;