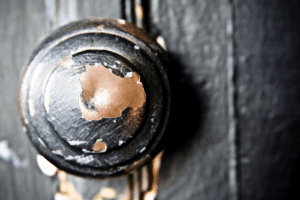 A solid number of theologians and scholars over the past century have questioned whether the church has understood hell correctly. The most widely held view has interpreted “hell” as “eternal conscious torment,” but this view is not as easily justified through the scriptures or through reason as we might think given its prominence. I wish to push further here. As Thomas Aquinas once offered five ways to know a God exists, so too I hope to offer five philosophical ways to know that hell is not “eternal conscious torment.”

Linked are the first three argument from (1) Personal Identity, (2) The End of Evil, and (3) The Desires of God.

Way Four: The Location of Hell

Where the hell is hell? Yes, that profanity is excessive, but the question sticks. In order for hell to be properly understood, we need a view of reality as a whole (a cosmology) that includes both hell’s function and its ontology.

Where will hell be located in God’s future?

The parallel question—where is heaven?—is easily answered. Heaven will be everywhere. Heaven is a description of the sphere of God’s reign, and in the age to come heaven will engulf everything. But this creates a serious housing problem for hell. Shall we imagine hell as a concentration camp in our world? Is hell immaterial? Is hell part of a separate world?

I would argue that unless we see hell as the sphere of evaporation outside of the created order, no matter where we locate hell it will be part of “God’s Creation.” But this is problematic.

The restoration of creation follows from God’s character:

As such, if hell is part of the created order, it must be temporary.

So here’s the problem for the Traditional View of Hell:

Because God in the age to come will both “reconcile all things to himself” and become “all and in all”, because reclaiming his world and freeing everything from bondage to sin and decay seem the direction of God’s work both philosophically and biblically—it seems there will be no space in all reality for a realm in which everlasting torment takes place. God’s priorities simple do not give such a “hell” space to exist. Because God is restoring all creation, there is no space in reality for a soul to suffer indefinitely.

As such “eternal punishment” and other descriptions of hell that imply indefinite suffering must mean something different. Given God’s desires and God’s future, the function of hell on the traditional view does not have ontological room.

So what’s the solution? Do we simply disbelieve in hell?

No. Hell is an essential metaphor for how God will remove the work and results of sin in our world. “Hell” is the pathway into the nothingness or what Jesus called “the darkness outside.” Hell is the location in which the weeds are set a blazed and “the fire consumes.” If we hold to God reconciling “all things to himself” then the only alternative location to being united to God will be absolute evaporation—and this is what hell is: hell is the doorway to annihilation.

So here is the challenge for the traditional view: Where will hell be located? What does “going to hell” mean physically? Are you willing to say that the body is annihilated? Is that a slippery slope for traditionalism? If one is resurrected for the judgment, where will their bodies go in damnation? If hell is immaterial, how will that work?

Jeff Cook teaches philosophy at the University of Northern Colorado. He is the author of Everything New: Reimagining Heaven and Hell(Subversive 2012), and a pastor of Atlas Church in Greeley, Colorado. You can connect with him at everythingnew.org and @jeffvcook.

May 26, 2015 Biblical Views of Time and Space (RJS)
Recent Comments
128 Comments | Leave a Comment
Browse Our Archives
get the latest from
Evangelical
Sign up for our newsletter
POPULAR AT PATHEOS Evangelical
1