The New Testament’s Most Undervalued Theologian

The author of the Gospel of Luke and the Book of Acts is, according to Justo Gonzalez, the most “undervalued” author in the NT. We could quibble — we ignore Jude and the author of Hebrews perhaps more — but he’s right. When it comes to pages penned and discussions about, Luke gets ignored. This is why we need books like this one from Gonzalez: The Story Luke Tells: Luke’s Unique Witness to the Gospel (GR: Eerdmans, 2015).

The Story Luke Tells Us is how books can be written that will be accessible to both students and to church folks. No footnotes but on every page considered judgment about Luke-Acts and the overarching themes these books reveal. He begins in the right place, and I believe a biblically-based systematic theology must begin here (and none to my knowledge do!), with Luke and the history of humankind, then we get chapters on: the history of Israel, the great reversal, gender, salvation, food and drink, worship and the Holy Spirit.

Gonzalez thinks Luke is the author; he thinks may well have been black, and he would not be the first to suggest this:

All of this leads some to think that the Lucius of Cyrene that Acts mentions is the author both of that book itself and of the previous volume, the Gospel of Luke. In that case, there is another detail that we know about Luke: he was from Cyrene, on the north coast of Africa. It is interesting to note that in the list this Lucius of Cyrene appears next to a certain Simeon who is called “Niger” — that is to say, “Simeon the black man.” Since many of the inhabitants of North Africa were of dark complexion, they were often called “Niger.” Could it be then that this Simeon of Niger is the same who appears in the Gospel as Simon of Cyrene? And since Lucius was also from Cyrene, is it possible that he also was darkskinned? And, if Lucius is the same as Luke, will it then turn out to be that this author, the most prolific in the entire New Testament, was of dark complexion? It is impossible to affirm it as a fact, but it is still a possibility…. (xi).

Luke is interested in the order of his narrative; he cares about dates; he wants things to be placed in social and political and religious contexts. Perhaps more, Luke has an expansive scope to his history. From Adam (3:38) he charts a history of humanity, not just of the people of God. Now a very interesting element of Luke’s books: they don’t end. In chronology and geography, the story does not end … we are invited, in a sense, to complete the story Luke begins. What happened to Paul? We don’t know. Where did he go? We don’t know.  It is an unfinished story. We are called to write the 29th chapter of Acts.

As a historian of a narrative, not just one who generates facts but one who is drawing us into Acts 29 to participate in God’s story, Luke narrates a story about both Elizabeth and Mary. These two women draw us into the narrative about barren women in the Bible and evoke those stories over and over. Sarah, Rachel, Samson’s mother, and Hannah … all at work in Luke 1-2.This is an interpretive move called typology.

Think Exodus and Jesus leading people out of exile.

Jesus is both counterpoint and culmination. Adam succumbed; Jesus didn’t. Jesus is the Second Adam. The church continued with this typological approach.

He finishes his history theme here:

June 8, 2015
A New Exodus Out of the American Church (by Jeff Cook)
Next Post 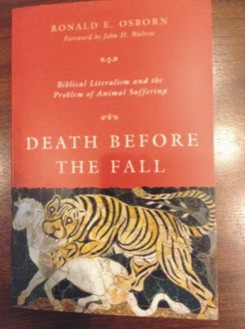