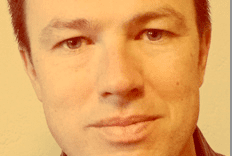 Dr. Josh Packard and Ashleigh Hope unveil in their book Church Refugees what many have suspected for years: the most committed church attenders have begun leaving. After a year of qualitative research, Packard and Hope have produced a detailed study of “the Dones”, those who have self-selected out of church life. Below are some follow up questions for Dr. Packard on his work.

I love this question.  We were surprised to find that people are not burned out on God.  If anything, they want to do MORE, not LESS.  What they’re tired of is working to serve the kingdom of their church rather than serving the kingdom of God.  Sometimes, serving one also serves the other, but when there is a disconnect or a wide gulf between those two, people get really frustrated.  I was just talking to someone the other day who said “My church might need a new parking lot, but I’m not sure that God does.”

We’re actually releasing the results of a quantitative study in the coming weeks through Group Publishing, which commissioned the survey and report, that will address this in detail.  But I think the better question is, Do you know people who fit this profile?  When pastors ask me about the national size of this trend, I ask, Why do you need to know?  My position is that, as sizeable as the number is, the only number that really matters is the number of people who have left or are leaving YOUR church and you can support them in their journey.

Of course!  I think there’s a real fallacy in thinking that the current model of institutional church is the way it must always be.  Churches have adapted both form and function numerous time throughout history and look differently all over the world.  The only thing it takes is people responding to a need and the felt desires of their community.  There is no law that says we have to pay pastors to lecture for forty minutes on Sunday.

I think this is exactly the question that sociologists are and should be trying to figure out right now.  Let me get back to you when we have it figured out…

Yeah, and we profile some of these practices in Church Refugees, but I think the general idea of approaching structure more as a collective than a bureaucracy is a good place to start.  I wouldn’t advocate for swinging the pendulum completely in that direction, but a general nod in that direction would do a lot to make churches more like the kind of place where Dones can reengage.  I don’t know that they’ll ever come back, and I don’t really know that that should be the goal, but they will re-engage if churches have space and structure to support them and the work they’re doing.

As a sociologist, I’d be hesitant about using language like “divinely inspired,” but I do think there is reason to see the movement of Dones as an opportunity rather than a threat.  It shows, for instance, that people continue to take their faith lives very seriously.  I would think that churches would see that as a very promising thing.  The hardest thing to do is to get groups of people committed to something, and here is evidence of large groups of people committed to God.  The church just needs to figure out how to engage that commitment.

Oh, the Dones miss music.  They can find teaching in small communities and online.  But they do miss the music, because most of what is out there is not really for them.  That’s a big part of the reason we created a soundtrack to go along with this book.  This is Why I Left You: Songs for the Dones  is a 6 song EP my wife and I funded and produced along with some talented musicians just to explore what music might look like in this area.  It’s actually one of the things we’re most excited about to come out of The Dechurched Project.

It looks like the church in this country is entering a massive period of transition and upheaval.  We’re going to see a lot of churches close their doors in the next decade, and much of the religious activity in this country is likely to be a lot more fragmented than it has ever been.  But if history teaches us anything, it’s that the church in America is an innovative institution, and it will respond to these pressures.  I don’t know what final form it will take, but I know there are a lot of unique, creative and “outside-the-box” things already going on.

Listen.  Listen.  Listen.  I think we’re too often quick to dismiss these experiences and data.  I’ve had people tell me that these people don’t matter because they aren’t really committed.  I think that’s a travesty.  The messages put forth by the major world religions, including Christianity, are life-altering, especially in the context of our modern, consumer driven society.  If someone is willing to engage that message, and they tell you that they’re doing so honestly, then I think we should take them at their word.  I don’t lie about my faith, I know you don’t lie about yours.  I have no reason to dismiss what others tell me about their faith lives, either.

June 22, 2015 Behind the Amish and Charleston
Recent Comments
18 Comments | Leave a Comment
"Many would say “biblical” and that, like forgiveness said C.S. Lewis of forgiveness, is a ..."
Doug Croze What is “Evangelical” Theology?
"Even if imputation is in view it is not the imputation of his life but ..."
John Thomson The Gospel and Double Imputation
"Fear is something dangerous, and it can direct your um curso em milagres youtube life ..."
burakdeniz The Miracles of Creation? (RJS)
"If Wilson limits his theology to what scripture explicitly states (and he does), then isn't ..."
Robert Zeurunkl The Subordinate Place of Supreme Honor: ..."
Browse Our Archives
get the latest from
Evangelical
Sign up for our newsletter
POPULAR AT PATHEOS Evangelical
1