The Head of the Woman is Man

Now notice how Lucy Peppiatt renders them in her book Women and Worship at Corinth:

The NIV 2011 has three coordinated lines in vs. 3; Peppiatt sees tension between the first two and the third one. The emphasis that God is in charge is a theme elsewhere in the Corinthian letters (notice the church is the church of God in 1 Cor 1:2). Peppiatt sees Paul first referring to his own teachings on headship (3a, b), teachings that have been exaggerated by the males of Corinth, and then deconstructing the male drive for power by reminding them this headship goes up one step to the ultimate headship of Father of Christ.

The issue is headship and what it means. Does it mean authority over, source of, or (as Sarah Sumner argues) that which brings unity in a perfect union?

Peppiatt first brings in an important issue, one perhaps ignored: Does “head” here mean the same thing in each instance? This actually leads to a deeper question: Do we begin with the relationship of woman and man or the relationship of Father and Son?

Chrysostom, she observes, contends the term “head” cannot mean the same in each instance or we could end up with the Son being inferior to the Father. [I have “could” because we “could begin with the assumption that head over a female means the male is her authority. But do we begin there?] Furthermore, Chrysostom knows the wife is “free, equal in honor” (90). Hence, Chrysostom reads “head” here as indicating not authority over but perfect union with. It is not about precedence or hierarchy — this is Chrysostom’s stuff — but about relational unity. Cyril, too, sees three different nuances of the notions of origin and relation. Her conclusion:

But this is how it has been read. No, correct that. It has been read the other way: Since we know a male is to be authoritative over a female, then … God [Father] must be authoritative over Christ, the Son, eternally. Many know this might suggest the eternal subordination of the Son to the Father and work havoc in the doctrine of the Trinity. But if we work the other way, as Chrysostom, Cyril and Peppiatt do here, we get an entirely different picture: Since the Father’s relation to the Son is one of perfect union eternally and a relationship of ordered love for the other, the notions of headship of Christ to the man and the man to the woman are to follow suit: they are about union and love, not hierarchy and authority. The three unions (man-woman, man-Christ, Father-Son) each has its own nuance of union, but to go toward hierarchy is to posit a doctrine of eternal subordination that the church never taught.

I am suggesting that Paul’s reference to the “head” in verse 3 is a reference to his teaching [about headship] which has been corrupted by the Corinthians, perhaps especially in a way that has allowed a group of spiritually gifted men to overidentify with the glorious Christ, leading them to become domineering and divisive, and to implement practices aimed at controlling and/or silencing the women (94).

Thus, the language of vv. 2-3 sounded familiar but Paul pulled things into a new shape with the last clause, reminding the males that God — not they — was the one who brought the church into its proper union and shape. In chp 12 Paul will proceed to speak of unity and mutual sacrifice for one another and the elevation of those parts of the body often ignored (not the authority-enhancing of those often given repute). The lowly are exalted not just made equal! (Does our reading of 1 Cor 11:2-3 fit that theology?) Peppiatt is right:  there is in Paul an “inversion of hierarchy” (96). 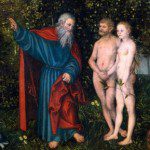