In the Image of God (RJS) 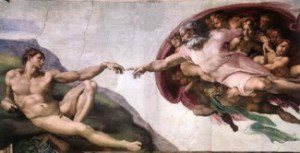 The final chapter of John Walton’s new book The Lost World of Adam and Eve: Genesis 2-3 and the Human Origins Debate looks at the ways in which humans are distinct creatures and a special creation of God. In discussing human origins, Walton draws a distinction between evolution in the sense material continuity and gradual change with time and the mechanisms that drove this process of evolution. I made the same distinction in my recent post “How to Talk About Science and Faith.” He points out that evolution is “not inherently atheistic or deistic,” although some of the mechanisms proposed are. Evolutionary history itself “has plenty of room for the providence of God as well as the intimate involvement of God.” (p. 191)

Genesis 5:1-2 gives us the same: When God created mankind, he made them in the likeness of God. He created them male and female and blessed them. And he named them “adam” when they were created.

Psalm 8 is also significant: What is mankind that you are mindful of them, human beings that you care for them? You have made them a little lower than the angels and crowned them with glory and honor. You made them rulers over the works of your hands; you put everything under their feet. (v. 4-6)

This is not something that can evolve; it is not possessed by those other creatures in a line of common descent. It represents a spiritual discontinuity even if one concludes that there is material continuity. It is granted by God (we don’t know how or when) as a direct special creative act of God, and it differentiates us from every other creature. (p. 193)

The Image of God. Walton outlines four aspects to the image of God: function, identity, substitution, and relationship.

Function. We are corporately called to function as God’s vice-regents in the world. We may have biological traits as a species that enable us to carry out this role, but the role is true of all humans no matter what there capacities, abilities, or disabilities.

Identity. Naming is an important creative act and “when God designates humankind as his image, that is what humankind becomes.” God gave us the identity of being his image and “this giving of identity is a spiritual act of special creation.” (p. 195)

Substitution. We stand in for God in the world as his substitutes, communicating important ideas about God and his kingship. This is one of the roles of the image of a king in the ancient Near Eastern culture.

We represent his presence in sacred space. His essence makes us spiritual beings and constitutes discontinuity from any other creature. Just as images were revered as divine creatures in the ancient world, we are considered to be the works of God in the truest possible sense. (p. 195)

Humans are the special direct creation of God in certain ways-that is not in question. The uncertainty lies in how much of that special creation falls into the material category. (p. 197)

Is the human distinctiveness material, spiritual, or both?

What does it mean to be created in the image of God? 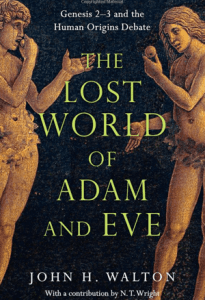