Is Our World a Man’s World?

This is not a silly question, and neither does it emerge from some desire to keep the politically correct crowd happy. The answer is Yes and that’s why I asked the question. The more important question now comes clean:

Does God want our world to be a man’s world?

The answer to that question is No. But it is.

Historically, men have had a monopoly on positions of power and leadership in the world. They have dominated the public sphere and until recently (still in some cultures) held a virtual monopoly on education. The news is filled with their achievements, debates, and conflicts. World history and church history are largely comprised of stories of men. …

Even the Bible can give the impression that we live in “a man’s world.” A good 90 percent of the characters are male, and Jesus, who of course is male, used father-son terms to describe his relationship with God… 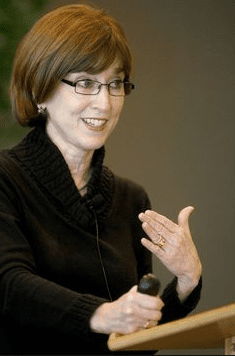 These two sets of observations are from Carolyn Custis James, Malestrom (39-40). She contends to find what God envisions for his sons and daughters in this world we must begin where the Bible begins — before the fall, before the corruptions, before the malestrom got its spin going. In Genesis 1–2.

The classic complementarian book, Recovering Biblical Manhood and Womanhood, does not address the image of God until chp. 12 (so James, 44).

Second, to be a man, to be male, is to realize the image of God in each man (and woman). What is that? Notice what she says about God from Genesis 1–2 especially:

This God is an artist. He has incomprehensible power, but he uses his power to nurture and empower others and to create a world that is conducive to their flourishing. His actions embody love, wisdom, generosity, and grace—and everything he does is utter goodness (42).

Third, the man’s relationship to his wife is clarified with ezer kenegdo (Genesis 2:18): “a helper suitable.”

With these forebodings of sinister forces [tree, serpent], it should not surprise us that God employs military language to describe the woman. The narrative uses unusually powerful words to describe her—she is ezer kenegdo. Robert Alter notes that ezer kenegdo “connotes active intervention on behalf of someone, especially in military contexts, as often in Psalms” (emphasis added) (51).

God is Israel’s ezer in a military defense sense. Thus, the woman/the wife is “a warrior on behalf of God’s kingdom and joins the man in battling the darkness, advancing God’s kingdom, and watching his back” (51). She is also kenegdo, his match — not his inferior. The battle lines are drawn but not between man and woman but between man-woman and the forces of darkness in this world. They are a team in a battle.

The man-woman are the image of God in this world. God is Three-in-One and thus God’s acts are always in society or communion of the Three-in-One: God creates humans to be the Image of God in this world in society or in the community of Two-in-One. (This is not a statement about being single; this is a recapitulation of the primal Genesis narrative about Image of God. Humans are meant by God to reflect God’s image — to be like God — by being in communion with one another.)

That is, fourth, The Adam (human being) is split into two in order for God to accomplish through The Image of God God’s mission for this world. And Adam recognizes the woman not as someone different but as someone like him in a way that unites them in a bone level solidarity.

Carolyn calls this man-woman (image of God and ezer kenegdo) the Blessed Alliance. The term for it is not partriarchy or hierarchy but Alliance. Hence, for me even the term “egalitarian” misses the point: it is a mutuality.

Finally, there is no patriarchy or hierarchy in Genesis 1-2. There is instead the Blessed Alliance.

In Genesis 3 the malestrom gets its push. Even falls for the serpent’s offer, and Adam falls for it too. They decide it is better to be God than be like God.  The man blames the woman, and is sucked into the vortex of the malestrom.

The ezer kenegdo becomes his adversary, along with all other males in the world. The woman is reduced by Adam to her reproductive role. The ezer becomes eve. The kenegdo is diminished in the process. 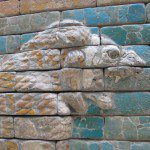