In our continuing of the series on five views of the church and politics, we turn today to the Black Church, or Prophetic, View, written by Bruce Fields, my friend and former colleague at TEDS. Fields’ study is in Amy Black (ed.), The Church and Politics: Five Views. She sketches these views, using (what I think are mistaken) the categories of H. Richard Niebuhr (Christ and Culture) plus one (The Black Church View).

The focal energy of the title is on the Black church, in all its diversity, being the prophetic view. I don’t know if there was a debate about naming the Black church’s view the “prophetic” view but I do know that “prophetic” today has come to mean progressive politics especially connected to social justice, and one might say it often means liberation theology. Eerdmans has a book called “prophetic evangelicalism” which uses the term prophetic in the same way. I see this term as reductionistic if it also reflects a characteristic of important dimensions of the Black church, but it often joins hands with white and Asian and Latin American progressives who fight for the same causes. I’d be interested if you have any response to calling the Black church’s view the “prophetic” view. (Besides it reducing “prophetic” often to calling out the federal government in the USA for injustices.) 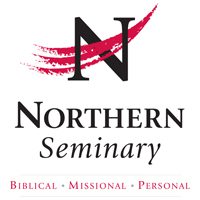 Bruce Fields’ theory of the Black church’s politics cannot be called liberationist though at times he touches on liberation themes. As such this study reflects the core of my experience with Black churches and Black pastors, not all of whom are into liberation theology. I’m unpersuaded the African American churches of the USA are part of the evangelical movement though at times there are deep and enduring similarities in both theology and practices. (Evangelicalism is overwhelmingly white.)

I want to offer an angle here. The capitalist system works in a network of interrelated factors: ambition, responsibility, preparation, vocation/employment, and flourishing. It works (for some). This network is passed on to children who grow up especially in that flourishing factor. But what happens when the child and the parent are deprived from or at least struggling to fit into the network? If, for instance, the factor of preparation/education is diminished or the condition of flourishing too often unknown, and the prospects for vocation dramatically lessened the system “does not work” for the poor African American and that makes one wonder about responsibility and assaults one’s sense of ambition. What does theology mean then? What about the church and politics here? It is here, so I think, that this chapter faces its challenge and where the Black Church (Prophetic) View is needed.

Fields defines the prophetic view of the church in these terms: “speaking truth to those in power and speaking truth to God’s people, the people in the Black church itself” (97). This truth-speaking opens up into four categories: comfort, confronting evil, correction of God’s people, and confirmation of divine advocacy. These truths about God are true as well of the Black church’s prophetic mission.

The Black church was forged in a particular historical and sociocultural context that has profoundly shaped the tradition. To understand the Black church and its relation to politics, we must consider its development in the midst of suffering and oppression and the theological distinctives that emerged as a result. 98

Fields touches upon the history-shaped condition of the Black church in the USA, one that requires repentance on the part of establishment powers and whites, but one that needs to be remembered regularly:

In its very founding, the United States institutionalized a subhuman view of African-Americans. The Constitution declared them threefifths of a person and upheld their slave status. Not only is the history of Black people in the United States founded on slavery, but even after the Emancipation Proclamation and the end of the Civil War, structural practices perpetuated racism. 100

Bruce Fields is a professor of systematic theology at TEDS and so it is no surprise that he dips into theological topics, beginning with “Theological Confession and Historical Experience,” and he points to three elements:

A first factor is the foundational matter of biblical and theological tradition. The church as the community of the redeemed through faith alone in Jesus Christ has been long confessed…

Confession is not the only factor that contributes to a people’s selfawareness, self-identity, and network of values, hopes, and dreams. The Black church has been forged against the backdrop of remembering and processing sorrow and pain, which was accentuated by the hypocrisy of a nation that claimed religious freedom, battled Great Britain for self-governance, and claimed to be “Christian.” It could not, however, embrace fellow image-bearers of God and release from bondage people of African descent whom they would also meet at the foot of the cross of Christ. Confession may drive much of the Black church’s perspective on politics, but so does this historical, experiential dimension. 104-5

Which leads me back to the hermeneutical issue, one I would like to have seen Bruce develop extensively:

The crucial point here is that the Black church encounters the Bible as God’s Word addressing them in the midst of their complex, perplexing political experience, and that shapes their distinctive culture of hearing and remembering it. 107

First, human beings should be considered in terms of both individuality and sociality, being part of a community. 109

The other parallel element concerns the significance of moral underpinnings embraced within the community. Morality is not merely cognitive recognition; it is behavior, applicable to both the private and the public. 109

Then he turns to “Eschatology: Longing for the New Creation,” opening with the rather obviousness of speculative eschatology among the privileged (and largely) invisible white churches of the USA, leading him to observe:

And therefore this eschatologically prompted activism leads to an observation about seminary education: “Just as there are often departments of Practical Theology in many seminaries, practical theology drives political involvement in the Black church” (111). [Who knows this? Is the Black church involvement best “typed” as Niebuhrian, Wesleyan, or something else? Is there a unique posture of the Black church in participation?]

One of the tension points for Fields is the tension in the Black Church over the “Positive and Negative Roles of Government.”  Hence,

While not all in the Black church see the I existence and function of government in this way, most tend toward a positive view of government. 111

Beyond this theological affirmation, we can emphasize secondly that the role of the government of the United States in the history and tradition of the Black church is a complex and perplexing phenomenon. 112

Although federal legislation did not resolve all matters of discrimination, these Acts did address major issues such as voting rights, public accommodations, desegregation of public facilities and education, and equal opportunities for employment.41 Many significant people and events, including those shaped by Christian faith, contributed to the emergence of this monumental legislation. Even this pathway, however, bears witness to the checkered history of the Black church’s interplay with governmental structures. 115

Against this backdrop, J. Deotis Roberts argues that involvement in politics is virtually an obligation on the part of Black believers. Such involvement will not be the same for everyone, but the Black church’s role in the Black community, particularly since the Civil Rights era, has been one of preaching the gospel while concurrently maintaining awareness of political interworkings affecting the community. Roberts also insists that the Black church has long been a place of political information and mobilization, and this should be maintained. 117

Bruce returns to his opening theme when he deals with poverty for Blacks and in the Black Church’s response, and so he contends there must be a corrective role, a source of comfort, and the courage to confront the powers.

January 26, 2016
Daniel Burke, CNN, and the Evangelical Vote
Next Post

January 27, 2016 When a Church Breaks Up with You
Recent Comments
0 | Leave a Comment
Browse Our Archives
Related posts from Jesus Creed

Evangelical
The So-called "Wrong Side of History"
Jesus Creed