Do You Believe in Divine Election? 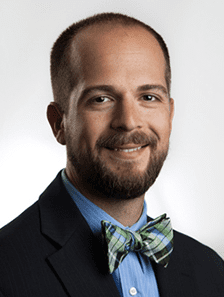 One of the few books available which give some sustained argument for the view known as “corporate election” is William Klein’s “The New Chosen People” (my own contribution to this topic was recently published with IVP Academic). This  work, originally published in 1990 by Zondervan and then reprinted by Wipf & Stock in 2001, has been re-released recently in a revised and expanded edition (November 2015, also with Wipf & Stock).  The major change to the revised edition, in addition to updated interaction with more recent scholarship, is a new section on questions and implications which result from Klein’s view.

Klein’s central thesis is that election to salvation should primarily be understood in a corporate or collective framework. God has chosen a people (formerly Israel, now the Church), and this corporate body of people find their election in union with Christ, the Chosen One (xiv-xv). Klein defends his thesis by looking at a wide swath of literature: the Old Testament, Apocrypha, Pseudepigrapha, Qumran literature, rabbinic materials, and New Testament, with the bulk of his treatment (roughly 200 pages) focused upon the NT.

Klein opens recognizing that a study of the biblical concept of election must extended beyond only looking at key terminology (i.e., word studies) and incorporate a more thematic and contextualized approach. In the OT, Klein sees election as involving individuals primarily as it relates to their calling or role (e.g., prophets, priests, and kings). The more common portrayal of God’s choosing, though, is of Israel as a nation, or a collective entity, which subsequently entailed both their commitment to righteous conduct and covenant obedience and their calling to serve the world (i.e., a kingdom of priests, cf. Exod. 19:5-6). This election thus “does not guarantee the salvation of every individual Israelite” (8). Klein emphasizes that the initiation of the covenant was unilaterally accomplished by God, not merited, and that his covenant commitment to this people (collectively) is abiding, though, again, not guaranteeing the inclusion of every Israelite.

A fuller sense of the connection between Israel’s election and eschatological salvation can be found in the Second Temple Jewish literature, which is Klein’s next point of focus. Though God’s choosing of places (e.g., Jerusalem, the temple, etc.) or individuals (e.g., Moses, Aaron, David, etc.) features in the Second Temple literature, Klein argues the dominant focus is upon God’s choice of Israel as a corporate body. In surveying the Apocrypha and OT Pseudepigrapha, Klein notes that examples from texts like Sirach, the Testaments of the Twelve Patriarchs, Jubilees, and 1 Enoch underscore the emphasis found in the Old Testament. God has chosen Israel as his people, but this does not guarantee the salvation of every Israelite. Though this election is graciously given (i.e., not merited), membership in the elect does not guarantee one’s eschatological fate. Rather ultimately the faithfulness of the individual to the covenant (which allows for sins to be forgiven, at least in most cases) determines their fate. So God offers salvation, but individual responsibility features prominently as well.

In coming to the Qumran literature, Klein notes the tension present in these sectarian documents. He writes, “The Qumran writers appear to share a paradoxical position. They strongly affirm both God’s sovereign predestination of eternal destinies and the free will of humans to choose heaven or hell” (30; though I would note that “blessing or judgment” rather than “heaven or hell” is typically how the sectarian literature frames it). Klein suggests that for the Qumran community, God’s foreknowledge of whether people accept or reject the truth determines their allotment. In other words, foreknowledge precedes predestination. Klein also notes, rightly in my opinion, that the Qumran community primarily viewed their election as a corporate phenomenon, one which marked them out as the “true Israel.” I think Kline’s point, however, should be extended to Second Temple literature at large. In Jewish literature, election more answered “who are God’s people?” than “how are people God’s people?” For Qumran as for 1 Enoch, Jubilees, Pseudo-Philo, 1 and 2 Maccabees, etc., election terminology is used to assure a group that they are God’s people, the true Israel, over and against outsiders, which typically includes both Gentiles and apostate Jews (variously defined). The debate largely, then, was about what “markers” determined which people was God’s people. Was it support of the Hasmoneans? Proper circumcision? Right calendrical practices? Display of piety? This is where the debate exists in the Second Temple literature, and this is where Paul (I would argue) joins in the conversation.

Klein concludes his tour of the background material with a survey of the rabbinic materials. He recognizes the existing debate (i.e., Sanders v. Neusner) on the legitimacy of using the rabbinic writings to describe Second Temple thought, and opts for examining them to see how they relate to the picture of Second Temple beliefs about election already developed. Here Klein argues that we likewise find the dual emphasis upon divine grace and human responsibility in the rabbinic  writings.

His major takeaways on these materials which stand in the background of the NT are summarized in pages 39-43. Klein sees the central assertions in the Jewish literature as:

We will look shortly at Klein’s treatment of the New Testament. In the meantime:

What do we make of Klein’s individual v. collective distinction as it relates to election?

Does the emerging picture he develops (i.e., election to salvation as corporate and conditional) from the OT and Jewish literature provide a consistent picture of how election was viewed?

How much should the OT and Jewish literature inform our view of the New Testament’s election language?