The Difference the New Perspective Makes 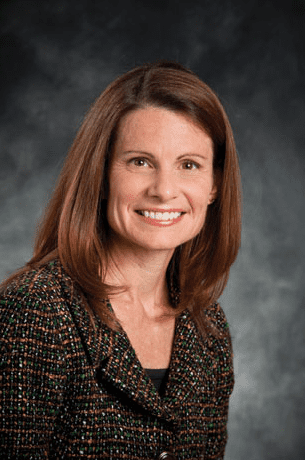 A discussion with a pastor this week led to a question by the pastor: “The difference is just nuance, isn’t it?” What difference?, you ask. The difference between the old and the new perspective.  Toss in the apocalyptic Paul and some think this is nothing but a squabble among scholars that has nothing to do with the church, with the Christian, and with the Christian life — especially for ordinaries.

My contention, and the contention of the authors of our co-edited book, The Apostle Paul and the Christian Life: Ethical and Missional Implications of the New Perspective (ed. J. Modica, S McKnight). Each of the three perspectives on Paul orients the Christian life in special ways and begins in particular places and those ways and places result in different orientations to the Christian life. The old perspective orients the Christian life in personal soteriology and it results in an individualistic presentation of the ordo salutis. The apocalyptic draws together great themes in the old perspective, turns them into cosmically-adjusted significance with upper case letters — Grace, Sin, Flesh, Redemption, and also focuses on cosmic themes: New Creation, Justice, and Peace. What about the new perspective? What is its orientation?

Today I look at the excellent essay in the volume by Lynn Cohick, professor of NT at Wheaton, who examines how Ephesians frames the Christian life. Here is here thesis:

The NPP offers a reconstruction of Second Temple Judaism that draws on new literary and archaeological evidence to suggest that Jews in this period practiced the law on the basis of their standing as God’s chosen people. The keeping of the law did not save; instead, following the law demonstrated God’s election of Israel. When Paul’s epistles are read against this historical backdrop, new insights are illuminated. Most important, readers today appreciate Paul’s theological conviction that Christ’s work creates a new humanity, a singular fellowship that defies human social and cultural codes and challenges the cosmic forces. This redeemed body of Christ stands as a testimony to the world of God’s unfathomable grace to all and his promise that all will be made right in the end (45).

Notice the orientation: (1) in a Jewish context in which Judaism is not understood as works righteousness over against which Christianity teaches election by grace, and (2) the “new humanity” that “defies human social and cultural codes,” and (3) it “challenges the cosmic forces.” And, (4) this new redeemed body of Christ — the church — witnesses to the world of the presence of God’s grace for all.

Thus, Jews expressed their Jewishness in a variety of contexts and ways but central to it all was Torah observance, most focused on practices like Sabbath, circumcision, and food laws (22). An ethnic identity works itself out in a variety of religious, cultural and political relations. A worldview that included the various statuses of ethnic groups was inherent to the Roman world, including the Jewish worldview. Paul fits into this worldview when he writes Ephesians.

Cohick makes a valuable observation: one cannot reduce all humans to believer vs. unbeliever. Yes, that is true but there remain Jews and Gentiles, slave and free, males and females — at some level of differentiation.  Paul shifted Torah observance from a “universal mandate for God’s people to a sociological category representing a cultural display expressing Jewish heritage” (27). That is, it was fine for Jewish believers to eat kosher, but kosher was not to be demanded of Gentiles.

Paul’s message to the Ephesians, then, focuses on three themes: “(1) racial and ethnic reconciliation within the church, (2) community identity among believers in both the local church and the global church, and (3) personal holiness as befits a member of God’s people” (28). So a thematic verse is Eph 2:14: “For he himself is our peace, who has made the two groups one and has destroyed the barrier, the dividing wall of hostility…”. God accomplishes this resulting new community through adoption — both Jews and Gentile.

Notice, too, the use of “we” (for Jews) and “you” (for Gentiles) in Ephesians. Here is how Lynn puts this:

Perhaps it is endemic to any group, the temptation to see one’s own people as the “we” in Paul’s letters. Nevertheless, “we” Americans must humbly acknowledge the historical reality that we were first of all the “you” in Paul’s letters, those graciously added to God’s family through adoption. The “we” of the American churches needs the “you” of the global South and the Asian churches. The “we” of Paul and his Jewish compatriots is not a “we” of dominance, of paternalism, of superiority; it is a “we” of chronological experience of God’s revealed truth. God spoke to Israel, “we Jews,” first in creating a people unto himself (35-36).

March 21, 2016 Abusers and the Language of Complementarianism
Recent Comments
0 | Leave a Comment
Browse Our Archives
Related posts from Jesus Creed