Did Jesus Think He was the Jewish Messiah? 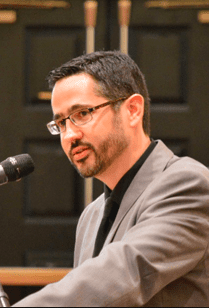 But, first, we need to show how kingdom and Son of Man are messianic. To do this I go to Brant Pitre’s new book, The Case for Jesus, chp 8. One of the major problems is learning to think of Jesus the way he (or the Gospel writers) thought of Jesus. To get this right we must, must, must go to Daniel (chps. 2, 7, 9).

No one doubts Jesus preached the inauguration/arrival of the kingdom of God (Mark 1:14-15). No one should doubt that when he said “kingdom” his audience thought (what we call) “Old Testament.” That is, they at least thought of Daniel’s anticipations. E.g., Daniel 2:44:

In the time of those kings, the God of heaven will set up a kingdom that will never be destroyed, nor will it be left to another people. It will crush all those kingdoms and bring them to an end, but it will itself endure forever.

All set in the context of a narratival prediction of a coming kingdom in Daniel 2:31-35:

Dan. 2:31    “Your Majesty looked, and there before you stood a large statue—an enormous, dazzling statue, awesome in appearance.  32 The head of the statue was made of pure gold, its chest and arms of silver, its belly and thighs of bronze,  33 its legs of iron, its feet partly of iron and partly of baked clay.  34 While you were watching, a rock was cut out, but not by human hands. It struck the statue on its feet of iron and clay and smashed them. 35 Then the iron, the clay, the bronze, the silver and the gold were all broken to pieces and became like chaff on a threshing floor in the summer. The wind swept them away without leaving a trace. But the rock that struck the statue became a huge mountain and filled the whole earth.

Dan. 2:36    “This was the dream, and now we will interpret it to the king. 37 Your Majesty, you are the king of kings. The God of heaven has given you dominion and power and might and glory;  38 in your hands he has placed all mankind and the beasts of the field and the birds in the sky. Wherever they live, he has made you ruler over them all. You are that head of gold.

Dan. 2:39    “After you, another kingdom will arise, inferior to yours. Next, a third kingdom, one of bronze, will rule over the whole earth. 40 Finally, there will be a fourth kingdom, strong as iron—for iron breaks and smashes everything—and as iron breaks things to pieces, so it will crush and break all the others. 41 Just as you saw that the feet and toes were partly of baked clay and partly of iron, so this will be a divided kingdom; yet it will have some of the strength of iron in it, even as you saw iron mixed with clay.  42 As the toes were partly iron and partly clay, so this kingdom will be partly strong and partly brittle.  43 And just as you saw the iron mixed with baked clay, so the people will be a mixture and will not remain united, any more than iron mixes with clay.

Which is to say four kingdoms will arise (Babylonian, Medo-Persian, Greek, Roman) and then the kingdom of God will arrive and smash those four. This final kingdom will end the Roman empire’s reign. To announce the kingdom has arrived is to announce this history from Daniel is being fulfilled. Now tie this to the Son of Man, who is the Messiah, and you have a Jesus who is self-claiming to be Messiah.

The term is Aramaic (bar enosh/enosha). Notice now how kingdom lines up in a narrative with Son of Man. Daniel 7:2-7:

Dan. 7:2    Daniel said: “In my vision at night I looked, and there before me were the four winds of heaven churning up the great sea.  3 Four great beasts, each different from the others, came up out of the sea. Dan. 7:4    “The first was like a lion, and it had the wings of an eagle. I watched until its wings were torn off and it was lifted from the ground so that it stood on two feet like a human being, and the mind of a human was given to it. Dan. 7:5   “And there before me was a second beast, which looked like a bear. It was raised up on one of its sides, and it had three ribs in its mouth between its teeth. It was told, ‘Get up and eat your fill of flesh!’ Dan. 7:6    “After that, I looked, and there before me was another beast, one that looked like a leopard. And on its back it had four wings like those of a bird. This beast had four heads, and it was given authority to rule. Dan. 7:7   “After that, in my vision at night I looked, and there before me was a fourth beast—terrifying and frightening and very powerful. It had large iron teeth; it crushed and devoured its victims and trampled underfoot whatever was left. It was different from all the former beasts, and it had ten horns.

These are the rulers of the four kingdoms (Babylonian, Medo-Persian, Greek, Roman). In the former narrative the kingdom of God ended the Roman kingdom, and here the rulers are ended with the Son of Man. Daniel 7:9, 13-14:

Dan. 7:9   “As I looked,  “thrones were set in place, and the Ancient of Days took his seat. His clothing was as white as snow; the hair of his head was white like wool. His throne was flaming with fire, and its wheels were all ablaze….”

Dan. 7:13    “In my vision at night I looked, and there before me was one like a son of man, coming with the clouds of heaven. He approached the Ancient of Days and was led into his presence.  14 He was given authority, glory and sovereign power; all nations and peoples of every language worshiped him. His dominion is an everlasting dominion that will not pass away, and his kingdom is one that will never be destroyed.

The Son of Man is the king of the fifth kingdom, the kingdom of God, and that is the term Jesus uses for himself. This term “son of man” was used in contemporary Jewish literature for the Messiah (e.g., 1 En 48:10; 52:4; 4 Ezra 13:1-52). That Messiah from Daniel is more than a human being.

3.0 The Death of the Messiah

Now notice how Daniel connects the Son of Man, the ruler of the 5th kingdom, with death.

Dan. 9:24    “Seventy ‘sevens’ are decreed for your people and your holy city to finish transgression, to put an end to sin, to atone for wickedness, to bring in everlasting righteousness, to seal up vision and prophecy and to anoint the Most Holy Place.

Dan. 9:25    “Know and understand this: From the time the word goes out to restore and rebuild Jerusalem until the Anointed One, the ruler, comes, there will be seven ‘sevens,’ and sixty-two ‘sevens.’ It will be rebuilt with streets and a trench, but in times of trouble. 26 After the sixty-two ‘sevens,’ the Anointed One will be put to death and will have nothing. The people of the ruler who will come will destroy the city and the sanctuary. The end will come like a flood: War will continue until the end, and desolations have been decreed. 27 He will confirm a covenant with many for one ‘seven.’ In the middle of the ‘seven’ he will put an end to sacrifice and offering. And at the temple he will set up an abomination that causes desolation, until the end that is decreed is poured out on him. ”

Did Jesus think he was the Jewish Messiah? Either he did or his followers did, but the texts themselves are open to hardly any other interpretation.

March 21, 2016
Abusers and the Language of Complementarianism
Next Post 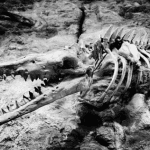