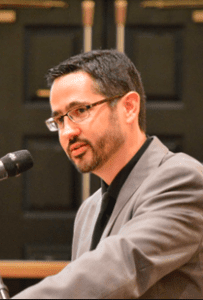 If we ask whether or not Jesus is God,
We assume we know who God is,
So we can explore if Jesus “fits” our understanding of God.
But the Christian claim is not simply “Jesus is God”
But God is Jesus.

I prefer that way of framing the entire issue, but the older approach has its value because it’s the way many think, and it’s the question many in apologetics seek to answer, and perhaps more important, it’s the question many skeptics, agnostics, atheists, and even Christians ask. So, to Brant Pitre’s new book we go: The Case for Jesus.

First, Pitre makes an important point: If Jesus said he was God he would have done so in very Jewish ways, not by way of running around Galilee saying, “Hey fellas, I’m the Second Person of the Trinity (which we haven’t talked about), I’m God Incarnate, and I really am God.” Rather, Jesus was Jewish and his way of revelation was Jewish.

Second, do the Synoptic Gospels (Matthew, Mark, Luke) depict Jesus as God? The claim is that many think that, while John shows Jesus to be God/divine, the Synoptics do not (e.g., Bart Ehrman). Pitre:

If you go back to the Jewish Scriptures and read them with this account in mind, you will discover something extremely important. Over and over again, the Old Testament emphasizes how the God of the universe displays his power by controlling two of the most powerful forces in creation: the wind and the sea (123). [E.g. Psalm 107.]

[He has a good section on “pass them by” which is language about divine disclosure.]

On the transfiguration, and who Jesus is:

On the mountain of the Transfiguration, Moses and Elijah are finally allowed to see what they could not see during their earthly lives: the unveiled face of God. How is this possible? Because the God who appeared to them on Mount Sinai has now become man. In Jesus of Nazareth, the one God now has a human face (133).