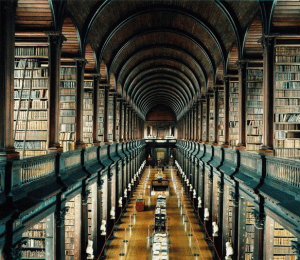 Chris Castaldo was raised on Long Island, New York where he worked full-time in the Catholic Church. Chris previously served as a pastor at College Church of Wheaton and then as Director of the Ministry of Gospel Renewal at Wheaton College. He is now Lead Pastor at New Covenant Church in Naperville, Illinois.

The following interview revolves around Castaldo’s latest book, Talking with Catholics about the Gospel.

David George Moore, also a former Roman Catholic, conducted the interview. Dave’s recent post on “Why I am not a Catholic” can be found here:

Moore: Your title uses “with” not “to” Catholics. Tell us a bit why you chose that way to describe the title.

Castaldo: It is common for books on Catholicism (written by evangelical Protestants) to convey an unkind attitude. The doctrinal emphasis of such works is commendable, but the irritable tone rings hollow and fails to exhibit the kindness of Jesus. It is the sort of tone that my seminary professor warned against when he said, “Don’t preach and write as though you have just swallowed embalming fluid. As Christ imparts redemptive love, so should his followers.” This love is communicated in the content of God’s message and also in its manner of presentation. Therefore, our engagements with Catholics must express genuine courtesy, even in disagreement.

Moore: You’ve written in the area of Roman Catholic theology before. What was the impetus for writing this book?

Castaldo: My previous book, Holy Ground: Walking with Jesus as a Former Catholic, was concerned with helping ex-Catholics to assess our experience of conversion from doctrinal and sociological points of view. Such reflection sought to illumine areas of difficulty (e.g., how are we dealing with patterns of injurious religious guilt?). It also attempted to shed light on challenges and opportunities connected with sharing the good news of Christ among our Catholic friends and loved ones. The new book—Talking with Catholics about the Gospel—however, was not written with reference to former Catholics. It makes no assumptions about an individual’s knowledge of Roman Catholicism (which is why, for example, it has a chapter on Roman Catholic history from the Reformation to the present in order to be a sort of primer), providing the basic information one needs to clearly communicate the gospel among Catholics.

Moore: You give three broad categories of Catholics: traditional, Evangelical, and cultural. Some Evangelicals will be surprised to see the moniker “Evangelical.” What are a few of the biggest misconceptions Evangelical Protestants have about Evangelical Catholics?

Having conducted my doctoral research on the doctrine of justification, I appreciate the above perspective. It is true; the ultimate basis of our acceptance before God (i.e., justification) is different from what Catholics understand it to be. The Catholic view grounds divine righteousness in a person as opposed to locating it squarely in forensic righteousness for a person (as Protestants believe). However, in contemporary Catholicism—at least in the Midwest portion of the United States—I know several Catholics who possess convictions that are evangelical in nature. For example, they attribute salvation to grace alone. They read Scripture as the most authoritative norm for Christian faith. They will even use the language of “faith alone” (as did Pope Benedict) to highlight that forgiveness is a gift of God. Are such positions perfectly consistent with the Catechism of the Catholic Church? I’m not convinced they always are. Nevertheless, in view of the growing number of Catholics who hold these positions, I am comfortable recognizing their evangelical orientation.

In the book, I unpack the characteristics of men and women who identify as evangelical Catholics. I won’t reiterate them here beyond what I’ve already mentioned, but I will share a good example of what it looks like in action—a dialogue between my friend, Brett Salkeld, a very bright Catholic systematic theologian who identifies himself as an “evangelical Catholic,” and Jeff Greenman, another friend of mine who is the President of Regent College, Vancouver. They are helpful examples of the sort of warm-hearted and doctrinally rigorous exchange of which we need more.

Moore: When we seek to understand the official Catholic teaching on salvation it can be a bit frustrating and confusing. I know this firsthand! Would you recommend the statements in the Catholic Catechism as the most representative?

Castaldo: Absolutely. And there is an online version of the Catechism that allows you to perform word searches. There is no longer an excuse for confusion about what the Catholic Church teaches (although understanding what exactly they mean by what they teach and how it find application may sometimes involve a measure of ambiguity).

Moore: Related to the previous two questions is the portrayal of the Roman Catholic, especially as they position themselves against the Protestant tradition. Catholics tend to portray their church as monolithic, when the feet on the ground reality is a broad, rambling landscape.   Granted, we Protestants have our thousands of denominations, but Catholics have de facto denominations. Unpack some of this diversity within the church and why many Catholics are hesitant to concede it exists.

Castaldo: When I consider this question, I think of a statement from the book Holyland USA written by Catholic author Peter Feuerherd. Here is how he captures the varied and complex shape of Catholicism:

In reality, Catholicism includes those with disparate authority and opinions about almost everything under the sun. There are liberal bishops and conservative bishops. The pope sometimes differs with his own Curia. American Catholic voters are regularly viewed by experts as a crucial swing group in every national election, too diffuse to truly categorize. In fact, some scholars of religion refer to Catholicism as the Hinduism of Christianity, because it is infused with so many different schools of prayer, ritual and perspective, much like the native and diverse religions of India now referred to under the single rubric of Hinduism.[1]

Peter’s point is important to keep in mind when we discuss the diversity of Catholicism. It is easy to see the common clerical attire of priests, the standard liturgical order of the Mass, and hierarchical structure that unifies parishes and conclude that there is general unity in the Catholic Church. Not quite. Just like in Protestantism, there are progressives and conservatives, charismatics and stoics, feminists and male elitists, postmodern relativists, liberation theologians, traditionalists, mystics, and everything in between.

Moore: What are a few things you would like readers to gain from reading your book?

Castaldo: I hope readers will understand at least three things. I want them to gain an understanding of what the Catholic Church teaches concerning religious authority and salvation, at least on a basic level. I’d also like them to understand the different types of Catholic people in America today: the traditional, the evangelical, and the cultural. Finally, I want them to embrace their calling to embody the grace and truth of Jesus (John 1:14) in reference to Roman Catholics.

In my role as a pastor, I often observe how personalities lean toward one or the other poles, grace or truth. Some of us naturally resemble lambs; others are more like pit bulls. That’s life in a world full of uniquely created people. Consequently, we shouldn’t be surprised when we disagree on how to handle specific issues; but such disagreement shouldn’t undermine the enterprise of trying to thoughtfully navigate through our differences. Although we must agree to disagree in some places, courteous dialogue is a much more Christian approach than throwing polemical hand grenades over the ecclesial fence. They will know we are Christians by our love.

April 24, 2016 A Prayer
Recent Comments
0 | Leave a Comment
Browse Our Archives
get the latest from
Evangelical
Sign up for our newsletter
POPULAR AT PATHEOS Evangelical
1