Once Again, What is the “Apocalyptic” Paul? 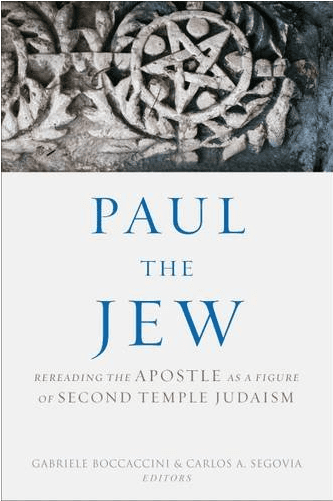 It has been official now for a decade or so, but there is a skirmish of definition on whether or not “apocalyptic” is the right word to use the apostle Paul. On the one side are those who use this term to describe their approach to Paul: E. Käsemann, J.C. Beker,  J. Louis Martyn, Martinus de Boer, Beverly Gaventa, and Douglas Campbell.

If God’s idea of good news is a stranger to the circular exchange [quid pro quo], to the corrupted doctrine of the Two Ways, and to the assumption of the autonomous decision, what does it look like? Two parts of Paul’s answer have already begun to emerge. (A) God’s good news looks like power, power that actually does something. In and through good-news power, the performative word of the gospel, God is making right what has gone wrong, doing so, not by the Law, but rather by the faith of Christ [Jesus’ faithfulness, not our faith in Christ], his death in [sic] our behalf ([Gal] 2:16). (B) God’s good news of Jesus Christ is also the power that elicits faith, and that, in so doing, plays its role in God’s act of giving the Spirit of Christ. [J. Louis Martyn, “The Apocalyptic Gospel in Galatians,” Interpretation 54 (2000): 252.]

Now N.T. Wright is not happy with using the term “apocalyptic” this way — for the invasion of grace as the gospel’s power by faith in Christ. He has contended — well, here’s p. 216 of his Paul and His Recent Interpreters:

All we are left with then is a theological appeal to a scheme which focuses on the imminent parousia (Käsemann), the victory of the cross (Beker), the two ‘ages’ and the two ‘tracks’ of ‘apocalyptic’ (de Boer), the three cosmic ‘agents’ (God, humans, the powers) (Martyn), the distinction between ‘sins’ and ‘Sin’ (Gaventa), or the importance of divine sovereignty over against human initiative (Campbell) (216).

So, what to do? How do we define apocalyptic? Is it a kind of Barthian-cum-Torrancian theological category/system or is it category of Jewish literature? One’s decision here matters.

I appeal then away from the Apocalyptic Paul people and away from NT Wright’s well-aimed criticism and turn instead of none other than the editor of the Old Testament Pseudepigrapha, James H. Charlesworth, in his essay “Paul, the Jewish Apocalypses, and Apocalyptic Eschatology,” in the new book edited by G. Boccaccini and C.A. Segovia, Paul the Jew: Rereading the Apostle as a Figure of Second Temple Judaism (Fortress, 2016), pp. 83-105. When I saw that Charlesworth had an essay on this topic I read it immediately to see how he would approach this problem of whether or not “apocalyptic” goes with “Paul” as many today — and Samuel Adams is the most recent theological approach to this topic — are contending. So, here goes.

N. T. Wright admits that many Pauline specialists are confused by the concept of “apocalyptic” and that ‘salvation-history” and “apocalyptic” can be “uncomfortable categories,” but he wisely affirms that “apocalyptic” denotes “something which Paul really does seem to have made central.”‘ Wright wisely perceives that apocalyptic eschatology involves both a radical newness and a continuous flow of history (so clear in 4 Ezra and Gal. 4:4-5). [He then affirms JJ Collins, DC Allison, AY Collins, and M.C. de Boer.]

Thus, Paul’s apocalyptic eschatology can be comprehended in more depth by studying the Jewish apocalyptic works and apocalypses that are roughly contemporaneous with him. Within this consensus resides another agreement. It has two dimensions. First, Paul must be understood within Second Temple Judaism, and specifically, with Jewish apocalyptic eschatology. … Second, neither of these brilliant New Testament scholars, Käsemann or Beker, showed any real interest in mastering, reading, or comprehending the complex world of the Jewish apocalypses. They did not give us a clear understanding of Jewish apocalyptic thought and how, and in what ways, it is distinguished from prophecy, mysticism, and that elusive category called “Gnosticism.” (84-85) [This is exactly NT Wright’s point.]

First, “apocalypse” is a genre of literature that appeared within Palestinian Judaism sometime after 300BCE.

Second, apocalypticism is the social setting in which the Jewish apocalypses and apocalyptic works first emerged.

Third, under the distress of occupation, Jews created apocalyptic eschatology that assumes that time has meaning and is linear. The end time will be a return to the beginning of time, when humans walked in the cool of the evening with God, could talk to animals, and were at peace with themselves in a pleasant land (86).

Two phenomena occurred [when an apocalypse was read]. First, the person  was transported from this horrible world to the heavenly world above, spatially, or beyond time.

The second phenomenon that occurred was “redefinition.” The poor were revealed to be the rich. The conquered were disclosed to be the conquerors. The lost were the found. Thus, the faithful Jews who refused to obey the edicts of the Seleucid kings and Roman governors were willing to be martyred. To be obedient and to die for God and country was to live eternally. Virtually all was redefined by an apocalyptic perception of space and time and this redefinition often, depending on one’s own antecedent beliefs, led to a heightened awareness of the need to live moral lives as the judgment was near (87).

[Importantly, Charlesworth adds:] Not all apocalyptic thought is eschatology, that is, focused on the end of things or end time. It may be primarily spatial, focusing our attention on the heavens above or on far-off and ideal sacred spaces such as Eden, paradise, and the isle of the blessed ones.24 The noun “eschatology” should be reserved to discuss and comprehend concepts and terms that are shaped by time and the end of time (87).

Charlesworth touches lightly upon the themes of Paul influenced by apocalyptic: like fullness of time, 2 Cor 12, resurrection, Paul’s christology (which he connects to a freshly translated DSS “Self-Glorification Hymn,” and Paul’s theology of salvation and the cross. His conclusion:

All scholars know that a text must have a context; otherwise, it can mean anything we wish or nothing at all. The context of Pauline theology and Christology is Jewish apocalypticism and apocalyptic eschatology. In that context, we can explore the meaning of Paul’s concept of justification, salvation, reconciliation, expiation, redemption, freedom, sanctification, transformation, new creation, and glorification (100).

May 2, 2016
A Biography for NT Professors to Read
Next Post

May 3, 2016 Of Nations and Languages (RJS)
Recent Comments
0 | Leave a Comment
Browse Our Archives
get the latest from
Evangelical
Sign up for our newsletter
POPULAR AT PATHEOS Evangelical
1