Today I want to rethink what we mean by the term “kingdom.”  I see two predominant uses though some might prefer that I saw three; these two are reductions and my terms attempt to get to the essential theme:

Social justice: “when good people do good things in the public sector for the common good.”

To reduce kingdom to social justice ignores 1, 2 (redeeming), and 3.

To reduce kingdom to salvation focuses on 2 (redeeming) and often fails to include 3. 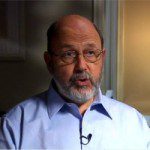 August 11, 2016 A Literal Reading, Please (RJS)
Recent Comments
4 Comments | Leave a Comment
Browse Our Archives
get the latest from
Evangelical
Sign up for our newsletter
POPULAR AT PATHEOS Evangelical
1

How You Can Help
This is the house where I spent my late childhood and teen...
view all Evangelical blogs
What Are Your Thoughts?leave a comment
Copyright 2008-2020, Patheos. All rights reserved.