Confirmed: US relay team given re-run

After lodging an official appeal, the United States 4×100 relay team has been offered a chance of redemption.

Allyson Felix had been handing over to English Gardner at the second exchange when she was nudged by a Brazilian sprinter.

The Brazilian team has now been disqualified, and the US team will return to the track for a re-run at 20:00 local time.

Racing alone, they’ll have to beat China’s time of 42.70s to qualify for the Olympic final.

There will be a re-run for the USA at 8pm local time. 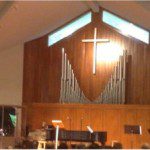 August 19, 2016 The Renegade Pastor
Recent Comments
0 | Leave a Comment
Browse Our Archives
get the latest from
Evangelical
Sign up for our newsletter
Related posts from Jesus Creed