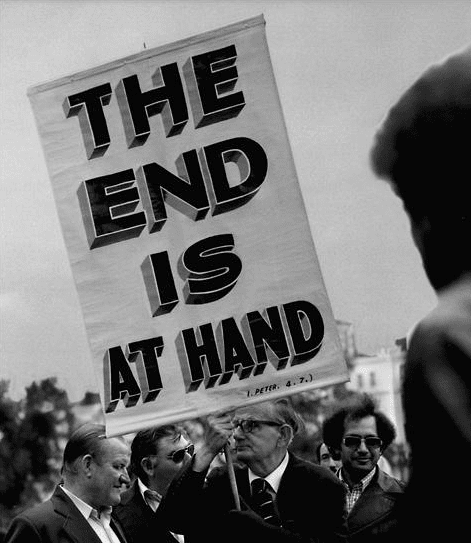 Ahhhh, remember the good old days, when (mostly evangelical) Christians didn’t care much about politics? Remember those heady days of turning off the TV news, of nodding our heads patiently, kindly when our neighbors ranted or raved about their own candidate? Remember the election years when we slept at night and drank coffee over the morning paper and calmly skimmed the Sunday paper, idly curious about the new candidates before heading off to evening church.

How times have changed! In the late 70’s, the Moral Majority urged us out of the pews and into the voting booths. In the last twenty years, at least, we evangelicals have been urged further from our Christian ghettoes and bubbles to “engage the culture” and “change the world.” Church –goers and especially Christian college students have been charged with nothing less than ending injustice, poverty, human trafficking, hunger, drought, and every other social ill around the globe. We’ve been told to be salt and light and go into all the world, redeeming Hollywood, government, winning the culture wars and now, winning the election. Onward Christian soldiers! No rest for the righteous weary!

And we’re far from done! Last weekend Gary Bauer, the president of American Values, addressed the Value Voters Summit in Washington D.C. calling us out of our seats, to sprint down the aisle. Our task is sobering:

Ladies and gentlemen, this is a Flight 93 election. This may be our last shot. It’s time to roll. It’s time to run down the aisle and save Western civilization. 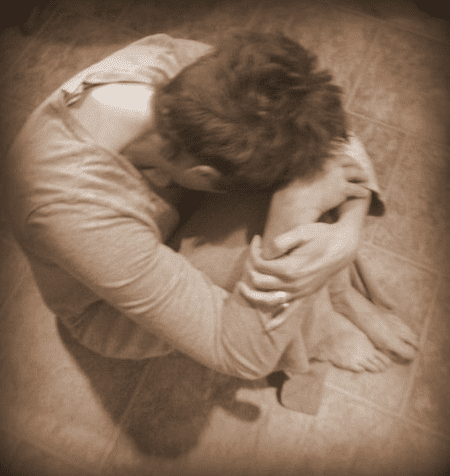 Sigh. And nostalgia warning: I’m about to break out into a wistful rendition of “This World is Not My Home’, followed by a rousing foot-stomping “I’ll Fly Away.”

Because I’d like to. I’d really like to. If there’s anything I’ve learned this election cycle, it’s this: This particular World is NOT my home—and I’d like the other one back. I’d happily settle for the earlier days of good ol’ Christian dispassion and jolly ol’ Gnosticism, when we cheerfully divided the world into sacred and secular. When we lived in our religious fortresses, politely lobbing critiques into mainstream culture, but not venturing too far in, for fear of being sullied. We had little faith in government and less in politicians in those days. And we were kinder to our neighbors because of it, wanting to love and lead them into the kingdom of God, knowing their souls were of more import than the daily election reports. We didn’t know any better than to care more about their heart than their vote.

In this one single election cycle, we’ve given up so many recent gains. What happened to “brokenness” when so many in the Church laid down their power and triumphalism to embrace humility, confession and meekness? What happened to “story”—to inviting others to share their honest struggles with faith and doubt, and us becoming vulnerable and sharing our own? Remember that sense of humility and community?

What happened to “conversation”? Remember that word? It took over our collective vocabulary about a decade ago, replacing diatribe, sermonizing, witnessing, even replacing “interviews.” It signaled an invitation. “Let’s talk,” it meant, “you and me. Let’s understand our differences and strengthen our commonalities.” Is anyone conversing about politics anymore?

Politics is not even the problem. It isn’t the election that’s making us crazy, loud, even deplorable, at times. Nor is it the media. It’s not even the politicians themselves, nutty and invective as they are. It’s us. Our religion is driving us mad. Because for some, for many, our religion is no longer Christianity—it’s “Western civilization.” Apparently it’s been hijacked and it’s going down, unless we take it back. We’re the only ones who can roar down the aisle. Only one pilot can life our nosediving jet-of-state. We are the only hope and he is the only salvation. We have little need for the rest. We don’t need to exercise forgiveness and mercy, to practice love, to hold out the Prince of Peace to our neighbors. Our Christian duty is simpler and quicker: If we really want to save our country, we vote aright. And if we really want to change the world, we keep our neighbor from voting wrong. In so doing, we’re going to save the babies, save the constitution, save our guns, save civilization. We’re even going to save God from disappearing within our borders. I know this is true because good Christian people have told me so in hour long rants. Right after they literally begged me to vote for their man.

Here it is. If we can’t engage politics and culture gracefully, lovingly, being “wise as serpents and innocent as doves,” if we can’t bring the light of Christ into a culture dark with fear, then we need to stop. We need to disengage. This is it: I’m sounding a retreat back to our fortresses, our churches, yes, even our “Christian ghettoes” for some good old fashioned Bible study, for some prayer time, for some humility and repentance. For the relinquishment of anger and the surrender of power. We might need to stop trying to “change the world” and start changing ourselves first the way Jesus taught us. “Blessed are the poor in spirit. Blessed are the meek. Blessed are those who hunger and thirst after righteousness.”

We could start there. We might even sing a chorus or two of “I’ll Fly Away” and “This World is Not My Home.” But I’d rather not. We shouldn’t have to fly away to go home, even in an election year. When we’re living out the gospel of peace, no matter whose in power, we’re already home.