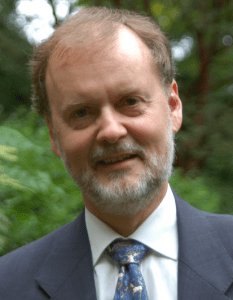 Being relevant is good but so is being irrelevant. Being like your culture connects you to culture; being unlike culture both disconnects and offers the opportunity to think again. The Christian God may have at times been somewhat like the Greek and Roman and Jewish cultures, but at other times it was so so so different. Thus, Larry Hurtado in his new book  A Destroyer of the Gods: Early Christian Distinctiveness in the Roman World (Baylor, 2016), but his emphasis is the distinctiveness of Christianity.

In which we might find some paradigms for thinking about how Christians can be distinctive today or, as well, be faithful to the distinctiveness of earliest Christianity.

How was the Christian God different?

It begins with this very clear distinctive: ” the lack of images of their deity reflected the Christian belief that their God was, in our terms, radically transcendent, not capable of being represented adequately in any image, not capable of being perceived in the ways that we perceive, capture, and comprehend the things of our world” (62).

Perhaps what is most distinctive concerns relationality of God with humans. Thus:

This point moves in its already clear distinction from relationality to love:

But there was a still more unusual and, in the eyes of pagan sophisticates, outlandish Christian notion: the one, true, august God who transcended all things and had no need of anything, nevertheless, had deigned to create this world and, a still more remarkable notion, also now actively sought the redemption and reconciliation of individuals. And what was the proffered reason for this remarkable redemptive purpose? God loves the world and humanity! (63-4)

We pause here to ponder: to be faithful to the earliest understanding of God Christians today need to emphasize the transcendence of God as well  as the relational love of our God for each and every human being. This made the Christian and still makes the Christian God distinct. The point deserves repeating:

But the notion that the gods love humanity with anything approaching relational intensity ascribed to God rather ubiquitously in early Christian texts is, to put it mildly, hard to find in pagan texts of the Greek or Roman period (65).

I believe the most distinctive contribution of Christianity to understanding God comes next, what Larry Hurtado often calls the dyadic devotional pattern:

In comparison with the devotional pattern that was typical of ancient Jewish tradition, the early Christian movement was identifiable and distinguishable particularly by the extraordinary reverence typically given also to Jesus along with God (66)

This is for all, and anyone who wants to participate in the Christian faith must enter into this mutation of God:

So, for Paul, and for other early Jewish Jesus-followers as well, recognition of Jesus’ status as Messiah and Lord was incumbent upon fellow Jews as well as non-Jews (70).

Yes, of course, this is rooted in the Shema of Israel but that Shema is mutated:

In short, we have here a splendid and concise example of how the ancient Jewish confession of the uniqueness of the one God appears to have been adapted and widened, so to speak, to accommodate Jesus as a second distinguishable figure who, nevertheless, is uniquely linked with the one God and with a corresponding universal role. 72

In conclusion, “early Christianity represented a new kind of what we would call “religion,” something that had not quite been seen before, and something that proved revolutionary in what “religion” came to mean thereafter” (75).

November 7, 2016 Leave the Leaves?
Recent Comments
10 Comments | Leave a Comment
Browse Our Archives
get the latest from
Evangelical
Sign up for our newsletter
POPULAR AT PATHEOS Evangelical
1

The Supreme Court Vacancy & the Pro-Life Cause
The death of Supreme Court justice Ruth Bader Ginsburg has poured gasoline...
view all Evangelical blogs
What Are Your Thoughts?leave a comment
Copyright 2008-2020, Patheos. All rights reserved.