Why Were the Pollsters Wrong? 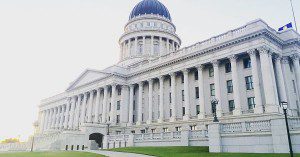 The entire election season expectation is determined by the pollsters, and I include all the media who reports on the polls. Time and time again the news media was telling us the chances of Trump — Nate Silver at 538 had him with an 18% chance of election — or the chances of Clinton — the same had her at about 80%. In light of their own reporting the media then were shocked and stunned by the results.

Trouble is that the pollsters were wrong.

Some say they were wrong because so many decided late that the polls were wrong — a good reason for the media to have been far more cautious about their assured results. Others with a more suspicious eye wondered aloud if the media had become so much of an advocacy group that they could not report the facts but slanted their stories toward Secretary of State Clinton.

The more common complaint was that Trump supporters — some Democrats and others Republicans and yet some more who were Independent — were not talking. Way to go media, blame the voters.

I say a big Hogwash! on that explanation. If they are silent it is because they sense they will be harrassed or ridiculed. Which is another topic worthy of discussion.

The most important reason is that the polls are not getting to a reliable and accurate measure of the voters. The biggest problem is method not the silence of Trump supporters.

For months the fervor created by the impossibility of Trump and the near certainty of Clinton was created by inaccurate numbers and a media that lacked statistical caution.

Any poll that didn’t show up a nearly 50-50 vote was wrong. Until the polls can get samples that yield that number the polls are not worth trusting.

The surprise and shock of election night then was the result of bad numbers fashioned into a media consensus and fervor that were wrong.

November 11, 2016 Passovering Your Atonement Theory
Recent Comments
71 Comments | Leave a Comment
"'This renewal began first with the renewal of the people of God (chapter 5 or ..."
Kostya2 Putting the Bible Together
"In Christ, there is no Jew or Greek, male or female."
Silverwolf13 Go Home or At Home?
"I just started to read about Scot Mcknight! His arguments are good.However, I recommend Scot ..."
Yechan Namgoong Tim Keller under the Eye
"" if it be Your will" 1 John 4:14,15 says, 14And this is the confidence ..."
disqus_5T2jXBEN10 JesusCreed.org Blog Prayer
Browse Our Archives
Related posts from Jesus Creed