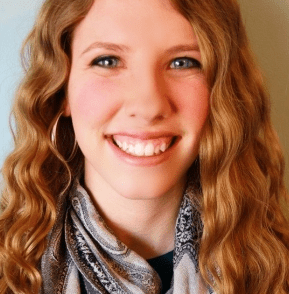 Kotz is an unashamed radical feminist and lover of Jesus. She is an advocate and counselor in Minnesota for sexually-exploited/trafficked women. She is passionate about speaking to women and men on healthy relationships, rape culture, pornography, and preventing men’s violence. She loves documentaries, devouring books, debating politics, and biking with her husband. Find more of her writing at www.rebeccakotz.webs.com.

In the last few years, it has become popular for people (especially celebrities) to identify as “feminists” on the secular stage.

While this may sound like a positive trend, it has effectively rendered the term “feminist” meaningless. Anyone can join the club. You can be a pornographer or hold deeply sexist attitudes toward women while simultaneously self-identifying as a “gender equality advocate” because you supposedly “love women.”

But this version of equality doesn’t threaten the status quo, it reinforces it.

Defining feminism as an ambiguous ideology of “equality” may destigmatize the movement and get more people on the bandwagon, but doing so also neutralizes its power. Patriarchy, power, and privilege will certainly go unchallenged.

If feminism were just about equality, many could (and do) argue that women and men are already “equal” under the law (hence the growing “I don’t need feminism” movement). However, this supposed “equality” has not stopped men from discriminating against, battering, raping, selling, buying, harassing, and murdering women en masse with impunity.

General “equality movements” appeal more to privileged groups because the specific systemic oppression that privileges those very groups is not critiqued. Instead, root causes are ignored and only surface-level issues are addressed.

Dismantling the entire social order of our culture is no small task. And it can’t be done when we don’t name the system that inflicts these injustices.

That system is patriarchy. And feminists aren’t afraid to name it.

The same can be said of feminism. Feminism centralizes the female reality. This centrality is a necessary rebellion in a world that constantly overlooks women. It is a challenge to a culture that prioritizes the narratives of men and white people.

When we say “all lives matter” instead of “black lives matter” or “equality” instead of “feminism,” we erase the experiences of the oppressed group and we assuage the conscience of the privileged group—for the sole purpose of palatability.

Men’s violence against women is political, calculated, and functional. Because patriarchy requires control, patriarchy also requires violence. Violence is the ultimate weapon that keeps women in fear, codependency, and in submission to men.

Ending men’s violence and abuse is the most basic, foundational goal of feminism. Justice for women will never be achieved as long as patriarchy is the way of the world.

So let’s be clear: feminism is a threat to patriarchy. This was, and should continue to be, the entire purpose of the women’s movement.

Although patriarchy negatively affects both women and men, it places women in mortal danger of bodily harm and even death. As Margaret Atwood once said, “’Men are afraid that women will laugh at them. Women are afraid that men will kill them.” Indeed, at least a third of female homicide victims in the US are murdered by their male partners.

In a patriarchal society, men are not permitted to express the full range of their humanity. They are discouraged from showing vulnerability, emotion, and empathy. They are restricted from seeking intimacy with others. On the other hand, women are not considered human at all. Globally, women are denied their most basic freedoms, agency, safety, and in the most severe cases, their very lives.

However, rather than hating males and seeking revenge, feminists have historically been one of the few groups that genuinely believe in men.

A patriarchal/complementarian church will tell men that they are naturally aggressive, controlling, lustful, unempathetic, violent, and animalistic.

A Christian feminist knows that God designed men with all of the humanity, compassion, integrity, strength, and tenderness that he designed women with.

Christian feminists reject the low bar society sets for men. Feminists believe men have the full capacity to make choices that oppose patriarchy—choices that are not centered in a hunger for control or in abusing women to maintain that control.

Just as Jesus did, we call men to more. A feminist doesn’t lower the bar—a feminist raises it. We don’t excuse toxic, life-destroying behavior from men. We don’t say “boys will be boys,” as if that’s all men can amount to.

Jesus called us out of our comfort zone and away from the path of least resistance. In fact, Jesus believed in our capacity to change, to make progress towards justice, and to enact the will of God on earth, so much so that he proclaimed in John 14:12,

“Truly I tell you, whoever believes in me will do the works I have been doing, and they will do even greater things than these.”

Let us live as change-agent Christians who love and live radically in Jesus’ name! May we be courageous opponents of patriarchy. May we follow the example of the trailblazers who paved the way before us in the women’s movement. May we be unafraid to name ourselves feminists!

November 21, 2016
The Gift of Context in Worship
Next Post