The Rules for Leading from the 2nd Chair

The Rules for Leading from the 2nd Chair November 30, 2016 Scot McKnight 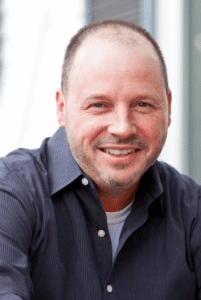 The Rules for Leading from the 2nd Chair by Ben Pickett

With the end of the year just around the corner, I’m all set for the New Year’s lists. You know, those compilation stories that give us a list of what’s best about the previous year – always in a particular order – that invites debate and additional clicks. The lists I really like to read are the those “10 Best” collections: like the ten best books of 2015, or the five best movies of the year. These lists capture our attention because we recognize an element of truth even in a context were subjectivity is very much in play.

As I close this series, I’d like to offer my short list of rules for 2nd chair ministers. In some ways, they are like a “Top 4 Best” collection. But a better way to think about them is that, at least in my view, they are essential for 2nd chair ministry success. [A quick disclaimer: These rules presuppose the minister has a healthy spirituality and demonstrates a life full of prayer and one that is largely free of destructive behaviors. Nothing derails a minister quicker than spiritually empty moral failure or laziness.]

Nothing gets a minister in trouble quicker than a big ego. This is true of all ministers, of course, and not just those in the 2nd chair. As an orthodox priest friend of mine once said: “Pride in the minister is one of the biggest barriers to ministry.” When a minister’s ego gets in the way, there is a loss of perspective and opens the door to all kinds of problems. The minister is an initiator and caretaker, but any increase, or what we might call success, is the work of God. (I Cor. 3) The ministry belongs to God, not the minister. For me, this rule keeps me humble. I serve by God’s grace. It’s all a gift. When I run into ministers with massive egos – the ones who have little time for others, or talk down to volunteers, or who are unflinching and argumentative on just about everything – it isn’t all that surprising how those who behave that way tend to have short tenures.

About ten years ago, a study came out reporting the average Christian family had 3-5 hours of volunteer time available to them for church life – and this included worship gatherings! In other words, whatever amount of time your volunteers can give is a blessing and, most likely for some, given at considerable sacrifice of other things. There is just no room for the minister to complain about lack of volunteer hours. Instead there should be a posture of appreciation for the time the volunteer can give. A real pitfall for 2nd chair ministers is that they feel like they can’t accomplish what they want to because of a lack of volunteers. Instead of being bitter, work with what you have. All time from volunteers is a gift.

The other dynamic I see on occasion (related to this rule) is one where the minister is strangely absent from the ministry efforts of their team. The church views their ministers as spiritual leaders and the concrete commitments of the minister send a message to volunteers. The minister supporting Adult Education should be teaching. The minister supporting small groups should be in a small group. Sounds simple enough, but sometimes the minister confuses their role with that of a bishop or presbyter. Ministers have a God-given responsibility to nurture and support their tasks and, at least on some level, 2nd Chair ministers must engage in the ministries they support or they should expect a difficult time finding and encouraging their church to serve. If the minister isn’t bought into what is being asked of volunteers, then I wonder about the commitment level of the minister.

Miroslav Volf and others have written extensively on practical theology and how the minister possesses, in powerful ways, the capacity to be a practicing theologian. They talk about how the minister helps interpret, in spiritual language and perspective, the activity of the volunteers. This is so important! Volunteers know when they serve they are serving God, but I’ve found that when I talk with volunteers (while they are serving!) about what is going on from a spiritual perspective, folks make a connection to God they might not otherwise make. Just as we see in the spirit of Matthew 25, when volunteers are caring for the poor, they care for Christ himself. When they welcome the stranger, they welcome Christ. The minister offers a valuable service simply by giving voice to the spiritual realities in which they serve. Without this perspective, people tend to think in terms of altruism. That’s not a bad thing, but altruism is a poor motivator. Volunteers serving in the Kingdom are blessed when a minister shares with them, in concrete terms, the spiritual significance of their ministry.

I want to conclude with this last rule because I’m convinced this is an essential principle every minister needs to understand. We all need encouragement. There are times when things just don’t go well. When ministries fail. When people let us down. When life happens and ministry takes a back seat for other more important things like family and self-care. Also, ministers in a 2nd chair role rarely minister to the church during assemblies. They necessarily work behind the scenes and with lots of meetings and communications. 2nd chair ministers carry the same spiritual weight as the minister in a pulpit or other more visible roles. They desire to see people grow and make decisions for God but, as I mentioned last week, their church may not see their role as important. So, it is critical that the 2nd chair minister know just how much they matter to God as a person and for the work they do.

We need reminders of what’s important and, to me, I’ve found that the 2nd chair role can be a bit lonely at times. But if I look to God for affirmation and resist the need to find it elsewhere, God blesses me with love, affirmation, and purpose. If you are in a 2nd chair, please know your work matters. It matters to God, and, even if your church doesn’t say it, your work matters to them.

What to Do About the Backlash...
Cranach
Related posts from Jesus Creed