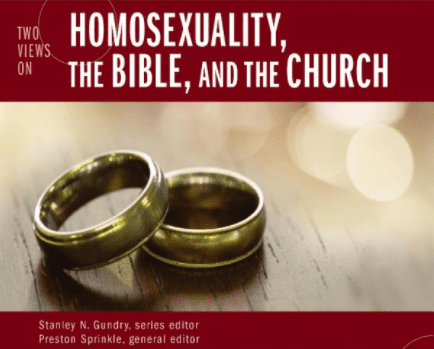 Zondervan, under the fine guiding work of Preston Sprinkle, has published a book Two Views on Homosexuality, the Bible, and the Church in their popular Counterpoints series. The four authors in this volume, and each responds with gentle civility to the others, are William Loader, Megan K. DeFranza, Wesley Hill, and Stephen R. Holmes. The first two are called “affirming” and the second two “traditional,” neither of which term fits but the authors and editors and publishers have found no terms any better.

Today’s post maps the big picture of each author as summarized by Sprinkle, and I will have one post for each author in the days to come.

What do you think is the most important element of this discussion? Method? Bible? Experience? Reason? Development of our understanding?

Preston sets it up with this claim — a claim I have found to be true to this volume:

You’re about to enter into, perhaps for the first time, a dialogue between people who disagree on significant ethical and theological matters, yet still maintain a respectful and humanizing posture. In my experience, loud and angry debates don’t foster understanding. It’s when people sit down and truly listen to each other that constructive dialogue can happen. 12

Studying the complexity of biological sex development and the challenges of interpreting the Bible for contemporary theology and ethics opened the door for her to reconsider the non-affirming view of homosexuality that she grew up with. Megan argues that the prohibition passages are better understood when read in the light of ancient sexual landscapes, dominated as they were by human trafficking, economic exploitation, and differences of power related to assumptions about gender and social class. Biblical passages are not focused on consensual, monogamous, same-sex unions. 14

Wesley argues for a non-affirming [=traditional] view of same-sex relations by revisiting the prohibition passages (Lev 18:22; 20:13; Rom 1:26-27; 1 Cor 6:9; 1 Tim 1:9-10) and setting them in conversation with an overarching theology of marriage, sex, and procreation, and enlists Augustine as his primary dialogue partner. 14

A Christian theology of sex and marriage alone rules out the sanctity of same-sex relations on the grounds that sex and marriage are oriented toward procreation, and same-sex couples cannot procreate. Stephen looks to Augustine’s influential treatment of marriage as the foundation for subsequent Christian theological reflection on homosexuality. Even though Stephen argues for a non-affirming [=traditional] position, he explores the possibility of some sort of pastoral accommodation for gay and lesbian couples in the church, similar to the way Christian leaders have accommodated heterosexual couples who have been remarried after divorce. 15

A final appeal to the reader marks the tone of this book as well as its intent:

Scholars in the Protestant tradition coined the phrase ecclesia semper reformanda, or “the church is (reformed and) always reforming.” This has been my heart in studying and rethinking the topic of homosexuality. When I began my (ongoing) study of the Bible and homosexuality, I made a personal and public commitment to go where the text leads. And I challenge you, the reader, to do the same. Bible-believing Christians should never be satisfied knowing what they believe, but must explore why they believe it. Unfortunately, conservative Christians often approach the topic of homosexuality with a preconceived commitment to a particular view—regardless of whether they know why they believe this. Progressive Christians are guilty of the same. If something even smells remotely conservative, they pivot around and run the other way. 16 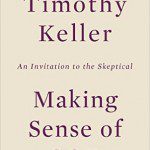 December 6, 2016 Finding Our Identity (RJS)
Recent Comments
25 Comments | Leave a Comment
"Curious as to why my comment was deleted? Here it is again for all who ..."
zfari Go Home or At Home?
"From my experiences, a God who has a Gender, a Sex, and a Biological Orientation... ..."
Kyllein MacKellerann What to Say When Someone says ..."
"What is the "final destruction of sin" please?"
Bob Shiloh What to Say When Someone says ..."
"Dr. Fitch, you write the following regarding the resurrection:Of course, Cone is focused on the ..."
J.R. Miller David Fitch, James Cone: Liberation Theology ..."
Browse Our Archives
Related posts from Jesus Creed