Tim Keller under the Eye 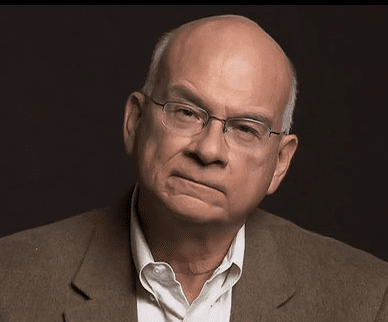 Recently Tim Keller was interviewed by Nicholas Kristof about Christian orthodoxy and Christmas. The oh-so-vigilant-and-sensitive crowd immediately set off a chorus of “yougottabekiddin’me” posts and ballyhoo articles, some of which came from the chorus of the Right and others from the Left. There was some crowdpounding and some lining up of “Who is on the Lord’s side?”

If Keller said Jesus was raised from the dead, some would say that’s insensitive and others would say “but he forgot ‘for our justification’!” Let ’em yap. Perhaps the yappers could learn something from Keller.

Here are some questions (italics) and some Keller responses:

But the earliest accounts of Jesus’ life, like the Gospel of Mark and Paul’s letter to the Galatians, don’t even mention the virgin birth. And the reference in Luke to the virgin birth was written in a different kind of Greek and was probably added later. So isn’t there room for skepticism?

If it were simply a legend that could be dismissed, it would damage the fabric of the Christian message. Luc Ferry, looking at the Gospel of John’s account of Jesus’ birth into the world, said this taught that the power behind the whole universe was not just an impersonal cosmic principle but a real person who could be known and loved. That scandalized Greek and Roman philosophers but was revolutionary in the history of human thought. It led to a new emphasis on the importance of the individual person and on love as the supreme virtue, because Jesus was not just a great human being, but the pre-existing Creator God, miraculously come to earth as a human being.

And the Resurrection? Must it really be taken literally?

Jesus’ teaching was not the main point of his mission. He came to save people through his death for sin and his resurrection. So his important ethical teaching only makes sense when you don’t separate it from these historic doctrines. If the Resurrection is a genuine reality, it explains why Jesus can say that the poor and the meek will “inherit the earth” (Matthew 5:5). St. Paul said without a real resurrection, Christianity is useless (1 Corinthians 15:19).

Now I would take issue a bit with Keller saying Jesus’ “teaching” was not the “main point” — for the very reason that Keller mentioned above. One can’t take chunks and start ranking them: Jesus is his teaching, his death, his resurrection and his ascension. The gospel is more than the crucifixion as it is the announcement of Jesus as the world’s true king — his life, his teachings, his actions, his death, his resurrection, and his ascension (and return). All of this I have argued in The King Jesus Gospel. The primary gospel question is “Who do you think Jesus was?” But that’s tweaking Keller’s response. Tweaking is exactly what I mean.

Then again, Nicholas Kristof doesn’t know me. Nor did he interview me. He asked one of our leaders and I stand with our leaders (most of the time).

Yet, the critics jumped on the man. Why? Some said Keller wasn’t tough enough and others that Keller wasn’t sensitive enough. Both are full of pishposh.

First, Nicholas Kristof doesn’t even know who most of these critics are. He does know Keller, and that’s what matters here.

Second, the reason Kristof knows Keller is for one reason and one reason alone: Keller has a flourishing ministry in NYC.

I should have said three reasons, for this is the big point: Tim Keller has a flourishing ministry in NYC with the very set that is doubtful about Christianity, skeptical of Christianity, and hundreds are being converted to Christ because of the way he answered these questions tossed at him by Kristof. I know of less than a handful of pastors who are reaching a generation of skeptics and cynics as well as he is. I admire him for it.

There are buckets of pseudo-evangelicals who fashion themselves as specially sensitive to the doubting crowd and they do lots of hand holding with their doubters and patronizingly pat them on the head a bit, and they do some beer swigging with fellow pseudos, but if someone came up to them out of the blue and said, “I really like Jesus and want to know what I need to know and do to become a Christian,” they’d fumble around with nuances and niceties and negatives about gospel tracts and leave the person stranded and wondering why that so-called leader couldn’t just tell them what to do.

So, how does Keller approach things? A pastorally-sensitive firm teaching of Christian (in a Reformed mode) orthodoxy with a gentle approach to critics and skeptics but he doesn’t back down. With some boldness, I’d say. Notice the impact of Keller’s words to Kristof’s (rather odd question) if he is a Christian:

So where does that leave people like me? Am I a Christian? A Jesus follower? A secular Christian? Can I be a Christian while doubting the Resurrection?

I wouldn’t draw any conclusion about an individual without talking to him or her at length. But, in general, if you don’t accept the Resurrection or other foundational beliefs as defined by the Apostles’ Creed, I’d say you are on the outside of the boundary.

Kristof is no H.L. Mencken and Tim Keller is no Willam Lane Craig nor is he a Rob Bell. He’s a conservative, Reformed, Presbyterian pastor with a lot in his noggin’ about how to respond to Manhattan singles and marrieds and wealthy-wannabes and educated. He’s done this well. He just told Nicholas Kristof he will need to join the throng of believers in the resurrection. In a pastorally sensitive way. No doubt Kristof got the message.

Maybe his critics would do themselves a favor by looking in the mirror and asking if they are reaching with the gospel and converting skeptics and cynics and doubters. If not, maybe they could look at Tim Keller and ask Why is he? I know I do.

January 2, 2017
Back to "Populism" with Howard Snyder
Next Post

January 3, 2017 In 2017, the "Terrible Loyalty" I Owe You (and you owe me)
Recent Comments
85 Comments | Leave a Comment
""
Queenofthefuzzybugs The (Non)Wesleyan (Non)Quadrilateral
""
Xanthrince JesusCreed.org Blog Prayer
""
William Ristau Writing In Your Life
"'This renewal began first with the renewal of the people of God (chapter 5 or ..."
Kostya2 Putting the Bible Together
Browse Our Archives
Related posts from Jesus Creed