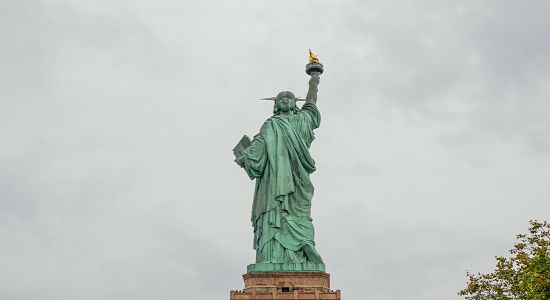 It’s a good time for progressives, and I have in mind some of my evangelical progressive friends, to ponder anew what to do and to plot anew what to do. If they are up to it in this “in between the vote and the inauguration season,” then I have four suggestions for them.

First, in spite of the denial by progressives that they are sore losers it’s obvious to the conservatives. Just as it was to the GOP voters eight years ago and just as it will be again in four years or eight years. Some of my progressive friends did not know a political world in the USA that was anything but Democrat or Obama or progressive and they got a little convinced that progressivism was the new true reality. If I may: in twenty or thirty years you will see this election as a blip on the screen filled with odd blips. That’s how elections go.

Elections have a way of opening up a window on the reality of American politics: you win some and you lose some. Some go apocalyptic on losses or on victories, especially in the run up to the election, but the apocalypses will go silent and the predictions will be mostly wrong and the balancing act of the three powers in DC will do their work. Regression toward the mean might be a way to look at it.

My first point is this: Welcome to the new reality (and it won’t last that long because it never does).

Second, somehow the progressives have developed a mean streak of intolerance. Crowdpounding and shouting down and blocking the voice of those with whom they disagree — these are not the marks of a civil society nor are they are the marks of the democratic process. In fact, these are the heart of why so many turned toward Trump this election.

Tolerance as a political doctrine remains a cardinal virtue of a civil society. It means that when Trump talks we listen; when Hillary talks we listen. We get to vote and we get to cheer. But intolerance at the level we saw this election concerns every citizen who cares about civility in society. I read through my iPad’s Flipboard a remarkable article last weekend about sixteen PC acts on campuses in the world that contradict what free speech and civility mean. Somehow progressives have become intolerant toward conservative, even classic libertarian type conservative voices.

For a party — I mean the Democrats — that prides itself on welcoming the unwelcomed and for expansive inclusion … well, the progressives need to learn from this election that their party was not inclusive enough.  I read a HuffPo article the other day that said the Dems were inclusive and the GOP was exclusive. Pishposh; they were both exclusive.

Whoever has the capacity to expand its borders (not those borders) to be more inclusive will win the next election.

Take evangelicals — I’m embarrassed that — according to the stats that get repeated over and over and I don’t even know if they are accurate — 81% of evangelicals voted for Trump. Which means the Dems have a huge audience to reconsider, and this from Emma Green’s interview of Michael Wear, who worked for Obama in his first term in office:

Emma Green: Many people have noted that 81 percent of white evangelicals voted for Donald Trump in this election. Why do you think that was?

Michael Wear: It shows not just ineptitude, but the ignorance of Democrats in not even pretending to give these voters a reason to vote for them. We also need to have a robust conversation about the support or allowance for racism, misogyny, and Islamophobia in the evangelical tradition.

Many of those 81 percent are accommodating cultural changes in America that are deeply problematic. Liberals have been trying to convince Americans, and evangelicals in particular, that America is not a Christian nation. The 2016 election was evangelicals saying, “Yeah, you’re right! We can’t expect to have someone who is Christian like us. We can’t expect to have someone with a perfect family life. What we can expect is someone who can look out for us, just like every other group in this country is looking for a candidate who will look out for them.”

There’s a lot of conversation in Christian circles about Jeremiah 29, which is Jeremiah’s letter to the exiles in Babylon. The message Jeremiah had, and that the Lord had, for the exiles is that they should seek the peace and prosperity of the city where they’ve been planted, and multiply—they should maintain their convictions for the flourishing of others. The concern I have, and that many others have, is that in this time of cultural transformation in America, you’re going to have many evangelicals who just become Babylonians.

My point: the more intolerant Dems become of evangelicals the more fractured the voting will become.

Third,  this notion of tolerance needs to become more central if progressives want to regain DC’s White House. There is the “other side” of the USA that needs to be heard. Whether you followed the statisticians or read JD Vance’s Hillbilly Elegy, or whether you heard that Bill Clinton warned the planners for Hillary that there was a big segment of the USA that was being ignored … if progressives want to win they are going to have to make room for the working, white poor-to-middle-class or they will be bounced yet again. This is a question of how relentless their ideology will be. Politics is about pragmatics.

It’s about listening to the people and far too often DC power brokers don’t know what ordinary folks in the “flyover states” or “red states” want.

This from someone in England who is seeing the need to expand the party’s borders: Michael Sandel at The Guardian

The election of Donald Trump and the triumph of Brexit – the two political earthquakes of 2016 – resulted from the failure of elites to grasp the discontent in democracies around the world. The populist revolt marked the rejection of a technocratic approach to politics incapable of understanding the resentments of voters who feel the economy and the culture have left them behind.

Some denounce populism as little more than a racist, xenophobic reaction against immigrants and multiculturalism. Others view it as a protest against the job losses brought about by global trade and new technologies. But to see only the bigotry in populist protest, or to view that protest only in economic terms, misses the fact that the upheavals of 2016 stemmed from the establishment’s inability to address – or even adequately recognise – genuine grievances.

The populism ascendant today is a rebellion against establishment parties generally, but centre-left parties have suffered the greatest casualties. This is mainly their own fault. In the US, the Democratic party has embraced a technocratic liberalism more congenial to the professional classes than to the blue-collar and middle-class voters who once constituted its base. A similar predicament faces the Labour party.

Before they can hope to win back public support, progressive parties must rethink their mission and purpose. To do so, they should learn from the populist protest that has displaced them, not by emulating its xenophobia and strident nationalism, but by taking seriously the legitimate grievances with which these sentiments are entangled. And that means recognising that the grievances are about social esteem, not just wages and jobs.

Speaking of expanding the tolerance borders, the church above all needs to pave the way here by itself becoming far more sensitive to the “others” and the “differents” and the “not-like-me’s.”

Finally, it is time to do far less complaining about Trump and far more preparing for the next election.

While you do that, may I suggest to my evangelical progressive friends that they put far less trust in the elections for solving our problems and far more in Christ and in the Body of Christ? And don’t be afraid to critique the Powers! While doing so, quit trusting in them.

January 3, 2017
The New Year, Fear and Christian Courage
Next Post

January 4, 2017 Seeing the Cross with Fresh Eyes (Jonathan Storment)
Recent Comments
88 Comments | Leave a Comment
""
Queenofthefuzzybugs The (Non)Wesleyan (Non)Quadrilateral
""
Xanthrince JesusCreed.org Blog Prayer
""
William Ristau Writing In Your Life
"'This renewal began first with the renewal of the people of God (chapter 5 or ..."
Kostya2 Putting the Bible Together
Browse Our Archives
Related posts from Jesus Creed