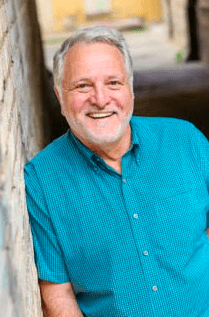 What if I said to you that the story of the movie The Sound of Music was about guitars? Would you disagree? What if I said the story of the movie Ben Hur is about chariot wheels? What if I said the story about the movie Titanic is about the north Atlantic ocean? You would think I was a little (or maybe hugely) short-sighted about these magnificent films. Why reduce the story of the von Trapp family to the topic of guitars? Are there, in fact, guitars in The Sound of Music? Is not the scene with Captain Georg von Trapp (Christopher Plummer) entering the room with a guitar singing a major turning point in the story? What about those Ben Hur chariot wheels? Aren’t those very wheels the source of incredible tension in the (1959 film) chariot race scene? Where did the Titanic sink? I rest my case. But I know you’re not convinced. Why? Because each of “my” views is a horrible reduction of those tremendous, expansive stories.

How you feel about my reductions of great stories is, I think, how Jesus and Paul would react to the contemporary reductions of the New Testament Gospel. The gospel is very simple in the minds of most people. A friend reported to me recently the gospel is obvious; it’s the pathway to salvation. Really? Did early Christians and Christians though church history die for a plan of salvation? Here is what other friends suggested the gospel is: John 3:16. This mind you even though this singular verse is in, wait for it, the GOSPEL of John! Another said “forgiveness of sins.” Is that the gospel or a wonderful benefit of the gospel? One suggested “an eternal home in heaven.” Again, that is a popular expression of the gospel—going to heaven when you die. Oh my. There is so much bad theology and reductionism in that view of the gospel. One person offered that the gospel is “God’s power to save.” I believe that idea is a reflection of Romans 1:16, but is that the gospel itself or the energy that the gospel has? What if Romans 1:1-5 is Paul’s succinct summary of the gospel and the rest of Romans unpacks its dimensions, implications and benefits?

I did a Google search of the question “What is the gospel?” In less than a second, I got 88,300,000 results! Eighty-eight million plus. You would think that on something as basic as the New Testament gospel there would be overwhelming unity. Well, think again. What startled me the most as I worked my way through many of the Google results was the observation that many local churches believe that it is their duty to define their “take” on the gospel. As if the gospel in Lubbock, TX has to be nuanced vis-à-vis the gospel of Charleston, SC or Kenosha, WI and Portland, OR. (No, I am not impugning contextualization.)

I’ve been reading Scot McKnight’s The King Jesus Gospel and N. T. Wright’s Simply Good News. As a pastor I recall the radical exposé of the reduced Western gospel by Dallas Willard in his book The Divine Conspiracy. Dallas coined the phrase “the barcode gospel.” In this gospel, Willard contends, the only thing any Christian really needs from Jesus is “a little blood for their sins.” That’s it. Even more telling about the reduced gospel, as McKnight observes, many Christians cannot imagine why we need to know anything about Jesus as Israel’s Messiah. We all know “Christ” is simply Jesus’s last name. What’s “Messiah” got to do with the gospel?

According to Paul’s own definition (description) of the New Testament gospel in 1 Corinthians 15, the gospel is the Story of Jesus the Christ bringing to completion and expanding the Story of Israel. Tom Wright contends that the more Jewish the gospel is, the more universal its impact on the dark powers resisting new creation. Even more, YHWH, in the resurrected Jesus of Nazareth, now reigns a King over all other powers in the universe. This is the good news! “Our God reigns!” This news must now more than ever be announced. It is the only news that saves this fractured universe by producing new creation.

The grand story of the New Testament gospel in the USA, with its deep roots in the Old Testament, has been reduced, like making guitars the story of The Sound of Music.