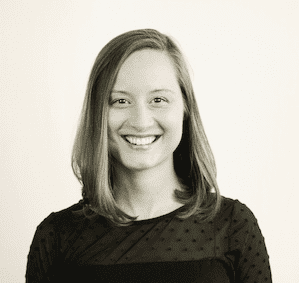 Becky Castle Miller is the Discipleship Director at an international church in the Netherlands and writes about emotionally healthy discipleship at medium.com/wholehearted. She conveys her five kids around town on bikes and studies New Testament in the middle of the night via Northern Live.

I’ve seen this happen over and over to survivors of sexual abuse, when church leaders, communicating about sexuality, leave victims feeling guilty for the abuse they suffered.

Picture your church. The CDC reports that 44% of the women in the United States have been victims of sexual violence and 22% of the men. When you look at your congregation, realize that a third or more of them are sexual abuse victims.

Christians need to remember those numbers when we talk about sexuality. When we speak about sex, abuse victims are listening. I don’t think that most Christian communicators set out to further damage victims, but we do. We do especially when we fail to listen to victims and when we fail to understand abuse.

In this post, I invite you to overhear a conversation with a sexual abuse victim. Paying attention to the stories of victims can help us bring necessary empathy and sensitivity into discussions of Christian sexual ethics.

I first started serving in recovery ministry with victims of abuse ten years ago. Below is a composite conversion based on many people’s stories.

This is how it goes.

She sits, unmoving, legs crossed at the knees, arms tucked under and around her breasts. I slide the box of tissues closer to her as the tears hover at her jawline.

I say, “Thank you for trusting me with your story. I believe you.”

She tightens her lips.

I ask, “What still feels painful when you think about the abuse?”

She untucks a hand and touches her forehead. She whispers, “I’m so ashamed.”

“Where does that shame come from?”

Her eyebrows pull together. “I’m a Christian. I shouldn’t have been sexually involved. I…I didn’t want to, but…I did it.”

“Are you saying you feel responsible for those sexual interactions?”

I ask, “What would he have done if you had said no?”

She meets my line of sight, her eyes big and suddenly dry. “What do you mean?”

“What would he have done if you had said no to sex?”

Her answer is immediate. “He would have started a fight. I couldn’t take any more violence.”

I pour her a glass of water. “You said you didn’t want to do those things. And you were afraid of what he would do if you said no. Why do you think it was your fault?”

Her tears start again. “I don’t know…I didn’t stop him.”

I get out another box of tissues. “Sexual assault is when we have a sexual encounter that we don’t want or didn’t ask for. We can be sexually coerced—pressured to be physically involved—especially when the person we are with has more sexual experience or is much older or is in a position of power over us. Does any of that sound like what you experienced?”

“Yes! I didn’t want it, but I didn’t know how to stop it without him getting angry. I froze.”

“That was his sin, not yours. Does that help you, to take the shame and responsibility off of yourself and put it on him, where it belongs?”

She sits up straighter and raises her shoulders. “Yeah, actually. I never thought of it like that before.”

I clear my throat, because talking about this is always awkward for me. “When I was abused by a babysitter when I was about 8, I never told anyone what happened, because I felt responsible, and I felt ashamed. It wasn’t until my early 20s that I understood it was abuse, and it wasn’t my fault. Perpetrators are deliberate in selecting their targets. They have a plan.”

I squint at her, trying to figure out what to say next. “Understanding we are victims can make us feel like we were helpless, like we couldn’t protect ourselves. But accepting that someone hurt us on purpose, and we didn’t cause it, and we couldn’t stop it or prevent it, that can be an important part of healing. How do you feel about calling yourself a victim?”

She shifts in her chair and considers it. “I feel…angry. But it does help take the shame away. You really think it wasn’t my fault?”

She blows her nose and looks me directly in the eyes. “I like ‘survivor.’”

The hardest part of putting together this example conversation was choosing just one answer to the question, “What would he have done if you had said no?”

“He would have slapped me.”

“He would have hurt my family.”

“He would have lied about me and told people I seduced him.”

“He would have killed my dog.”

“He would have broken my belongings.”

“He wouldn’t have let me out of the room.”

The responses are different, but the same: he would have punished her for daring to say no. So she let him do it, because her fear of his retaliation was stronger than her fear of his violation.

Too often, abuse victims hear from their churches a blanket condemnation of sexual involvement outside marriage, with no mention of manipulation and violence. This contributes to the incorrect guilt victims feel, and it can keep victims from reporting the crime of sexual assault.

As both a Bible teacher and someone who has experienced sexual abuse, I see this from two sides. A. I want to teach people in my church to embody faithfulness in their sexual choices, and B. I know the words from Christian leaders that have caused me to feel ashamed.

When we talk about sexual ethics, we must include a discussion of sexual abuse. Remember that in our church services and at our conferences, many women and men sitting there have been abused. And in some cases, so are the people who abused them.

Abusers are listening. Victims are listening. It’s not too much to mention abuse every time we talk about sex. Make it clear that forcing someone to do something sexual is wrong, whether that force is verbal, physical, or spiritual, whether the threat is explicit or implied. Make it clear that if someone was coerced into sexual activity, they did not sin.

And keep listening to victims. Hear their stories. Two brave women who have shared their experiences are Mary DeMuth and Ashley Easter.

Start to understand perpetrators and how they work. Understand what happens to victims. Learn how your words about sexual purity sound to someone who didn’t choose that sexual experience.