In the News: The Fate of Refugees

In the News: The Fate of Refugees January 28, 2017 Scot McKnight 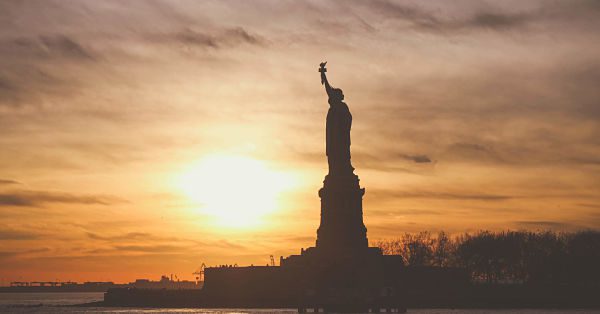 Nation states have chosen and encoded in law their boundaries and what it takes to get in and out of those boundaries. I don’t get to walk into Canada without going through an officer’s inspection, and Canadians don’t get to enter the USA without inspection. Such laws seem reasonable to most of us.

Even so, what about refugees?

In the Ancient Near East nations by law insisted in international treaties that refugee slaves be returned to their masters. One of the more remarkable counter-cultural laws in ancient Israel was how it treated refugee slaves. It is evidence for what William Webb called the “redemptive movement.” For sure, in this case Israel’s law was radical, innovative, and counter international treaties.

What was Israel’s law?

If a slave has taken refuge with you, do not hand them over to their master. Let them live among you wherever they like and in whatever town they choose. Do not oppress them (Deuteronomy 23:15-16).

Instead of a return, the refugee was to be harbored. In seeking shelter in Israel, the shelter was to be provided. Like YHWH, they got to choose even where they would find shelter. Instead of oppressing them, as was the case in their former life, Israel was prohibited from any oppression.

One might conclude this is almost a form of emancipation from slavery, but at least it is a new start in life. It is amazing piece of legislation; it is radical; it makes Israel vulnerable. But, because Israel had been slaves, it developed a compassionate front door and big front porch for enslaved refugees.

Isaiah 16:3-4 has something along this line but the meaning of the text is notoriously difficult to understand, but it seems to mean Israel was to be a shelter for Edomite refugees.

The current American decision by President Trump fails for those of us who find wisdom not only in Deuteronomy 23 but also in those of us who think the Jesus Creed is the platform on which we take our stand. I’m not trying to find something wrong with Trump just as I didn’t try to find every edge I could find during President Obama’s tenure. What I’m saying is that even a temporary suspension sends out a message, not of compassion and shelter and refuge but of inspection, suspicion, and of exclusion.

Our famous Statue of Liberty is the better way:

“Give me your tired, your poor, your huddled masses yearning to breathe free, the wretched refuse of your teeming shore. Send these, the homeless, tempest-tossed to me, I lift my lamp beside the golden door!”

It is not reckless to welcome refugees. Nations have a right to inspect those crossing the borders, but we ought to be especially compassionate toward those seeking shelter and a new life within our borders. After all, like Israel’s heritage with slavery, ours is with those seeking shelter on someone else’s shores.

January 29, 2017 Epiphany Prayer
Recent Comments
54 Comments | Leave a Comment
Browse Our Archives
get the latest from
Evangelical
Sign up for our newsletter
POPULAR AT PATHEOS Evangelical
1