Should You Take Communion This Week?

Should You Take Communion This Week? February 8, 2017 Scot McKnight 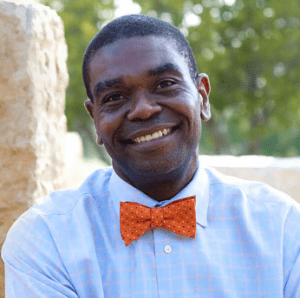 Sean Palmer is the lead Pastor at the Vine Church in Temple Texas. You can follow him @SeanPalmer

I wonder how many of us shouldn’t take communion this Sunday?

At my church, just like many others, to share communion is also to share in making the public confession that “Jesus is Lord.” This simple statement means that Jesus is the firstborn of God and was vindicated as the true God through resurrection. It is not just the most basic belief of Christianity, but the essential one. In communion we celebrate the life, death, and resurrection of Jesus, the very thing that make Jesus lord.

But over time, the church has forgotten what a powerful, disturbing, political, and counter-cultural statement it is.

These days saying, “Jesus is Lord” has become so violently castrated that saying you believe it is little more than announcing you’re vegan or eat gluten-free: It impacts life significantly, but it doesn’t invade all of it. And, perhaps like no time in my life, the neutered nature of the contemporary church is on full display.

First, a quick word about words.

In the early days of the church, saying “Jesus is Lord,” wasn’t merely religious talk. It caused a fire-storm! In antiquity, Caesar was Lord. He was to be worshiped and adored. Gods — and they were everywhere — were fine as long as the stayed regional, isolated, and removed, from well, politics. When the early Christians said, “Jesus is Lord,” they were also saying Caesar is not.

It is lost on contemporary Christians that in 42BC the Roman Senate proclaimed Julius Ceasar as Divine, and in 27BC conferred the title “son of God” to Augustus. Below Augustus’ image on the denarius were inscribed the words “augustus divi f,” meaning, “Augustus, Son of God.” So, when the church declared Jesus was Lord or the Son of God, that was no quaint nor quiet act. It was a political affront. It was thoroughly unpatriotic, an announcement against the state.

Jesus, Peter, and Paul were tortured by the state because they would not deify the state! They said, “Jesus is Lord.”

“Jesus is Lord,” was never simply a private commitment governing personal ethics centered around the nuclear family. When Paul tells the Colossians that Jesus is “the image of the invisible God,” he is spitting into the face of the god who was visible everywhere, Caesar.

What the contemporary church misses when we say “Jesus is Lord” is that those words, all by themselves are a slap in the face of worldly political powers. All of them!

When we are baptized and declare “Jesus is Lord” we are determining that we stand against any and all powers that are in any way antithetical to the will of Jesus, including our own choices.

Yet by the standard of the first Christians, our modern proclamations of Jesus fall woefully short. When modern Christians say “Jesus is Lord” we mean it in a privatized, insular way foreign to the disciples.

What we mean is that from this point on I will make particular personal commitments regarding how I organize my life. I will try to live with integrity, character, and personal ethics. It’s spiritual veganism.

Claiming Jesus is Lord has become something we do because we choose to make some tweaks to better our individual moral code.

Mind you, this isn’t bad. When Christians are able to live up to our stated goals, the world is made a better place. But that’s not nearly close to what it means to call Jesus Lord. Rather, the claim that Jesus is Lord means we reject everything and everyone who attempts to place him or herself in lordship.

I worry that we no longer believe Jesus is Lord — at least not in the politically-threatening, turn the world upside down way it did in the early days of the church. To state it bluntly, the politics and priorities of Jesus have become subservient to the platform and priorities of our chosen political parties.

A Bunch of Partisan Hacks?

Have we taken the honorable call to redeem politics and simple become unimaginative, partisan hacks?

Have you noticed that Christians on the American political Left and Right seem to find in Jesus teachings the very thing their politics suggest they believe?

Increasingly, we have enshrined our politics as Lord then fumble through scripture until we can wedge bits and pieces of the Bible into our partisan worldview. Not to put too fine a point on it, but many Christians say “Jesus is Lord” (supposedly rejecting other “lords”) but actually enshrine their political ideologies as their true Lord.

There is a pretty simple test to determine whether you’ve made your politics your lord. If you don’t see major moral and ethical concerns inside your political party which then call you to stand in strong opposition against some of its personalities, policies, and positions, your party is your lord. If you fall back on the lazy, intellectual weak position that, “The other guys are worse,” therefore you won’t speak out against the corrosive forces within your party, then your party is you lord. Why? Because your party is populated by some percentage of unscrupulous, craven, greedy, careless, lying people. Sinners.  Your party can’t possibly always be right or righteous. If so, the Bible is wrong when it tells us that none are righteous and good but God! If you can’t see the unrighteousness in your party, you’re neither loyal nor faithful. You’re just calling your politics “lord.”

Again, this happens on both sides of the aisle, but that is no excuse. Deficits in others is never an allowance for deceitfulness in you.

If you fail to notice the shockingly un-Christian practices, attitudes, and maneuvers inhabiting your political party, you’re a partisan.

If you cannot honor the praiseworthy across the aisle and if you refuse to name the despicable within your own, you’re a partisan. If, when pressed about the inconsistencies harbored in your party, your response is to innumerate the inconsistencies in the other party as an excuse or an equivalent, you’re not incisive or clever, you’re a partisan. Your words don’t serve the truth, they serve your party interests. As St. Paul says of our fallen predicament, “They (us) exchanged the truth about God for a lie, and worshiped and served created things rather than the Creator… (Romans 1:25).” Partisans, by definition, adhere to the party, not the truth. To adhere to the party is to confess another lord.

During the most recent presidential campaign, former Reality TV contestant, Omarosa, said, “Every critic, every detractor, will have to bow down to President Trump.” What she failed to say, but what is equally true, is that not only do politicians and political parties want their detractors to bow down, they want their supporters to bow too. Partisans just bow willingly.

Politics, as always, presents us with choices about how to interact with the powers and principalities of this world. The powers want us to believe they warehouse all that is good while the opposition is birthed from pure evil. It’s slight of hand, asking us to willingly disbelieve what we know to be true.

They want to scare us into believing they are our only choices. But this was also the case in the days of Joshua, and we should always spurned their preconceived and baseless premise:“…if serving the LORD seems undesirable to you, then choose for yourselves this day whom you will serve, whether the gods your ancestors served beyond the Euphrates, or the gods of the Amorites, in whose land you are living. But as for me and my household, we will serve the LORD (Joshua 25:14).”

You can have Jesus as lord…or your political gods. Not both. You choose.

As for me, I will take communion this Sunday because Jesus is Lord.

February 8, 2017 I Have a Bean! Watch This, Please
Recent Comments
19 Comments | Leave a Comment
Browse Our Archives
get the latest from
Evangelical
Sign up for our newsletter
POPULAR AT PATHEOS Evangelical
1