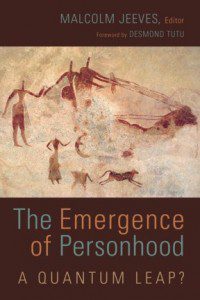 The title to this post will conjure up a variety of different impressions. Some will hark back to old campaign slogans, others will take umbrage at my use of the word “stupid “. Who am I to call anyone stupid! The readers of this blog are not stupid and I’ve just maligned large swathes of people who will take the term as a direct indictment of themselves.  Words communicate meaning.  That meaning can be deep, contextual, and indirect. Meaning is real and non-physical. Words carry power and produce action.

The final two chapters in part 1 of The Emergence of Personhood, A Quantum Leap? were written by Colin Renfrew (Personhood: Toward a Gradualist Approach) and Roy F. Baumeister (Emergence of Personhood: Lessons from Self and Identity). Renfrew’s chapter is interesting, but doesn’t add much that is new for our consideration. In contrast, Baumeister’s chapter introduces a number of new ideas. Like Byrne and Tattersall (see previous posts The Dividing Line and It’s in Art), Baumeister sees the development of language – the ability to communicate – as central, but he adds an important twist.  The ability communicate enables the development of culture. Culture isn’t local or isolated in time. It is learned and taught. We stand in community with those around us and on the shoulders of those who came before.

Roy Baumeister is a Francis Eppes Eminent Scholar, Social Psychology at Florida State University. Much of his research has focused on self, identity, and culture.  This helps to define the essence of personhood.

What sets humans apart is the relatively novel and distinctive way that humans deal with those perennial problems [surviving and reproducing]. Culture, defined as a novel form of social life based on accumulating shared information (knowledge), systems of cooperation that use division of labor, and systems of economic trade, is the human species’ strategy for solving the problems of survival and reproduction (Baumeister 2005). Human selfhood and identity, and indeed human personhood per se, can be understood as adaptations  (or side effects of adaptations) that make culture possible. (p. 68)

Culture requires many of the attributes discussed in relationship to human distinctiveness. It requires the ability to form and use tools. It requires a brain capable of thought. It requires the ability and motivation to communicate those ideas to others. Language is of unquestioned importance here. Although other animals can be taught to use rudimentary language (apes and sign language for example) they do not “eat it up” the way a deaf child does.  Humans are ‘designed’ for communication. (This design could be a natural result of evolution and Baumeister makes no other suggestion in this chapter.) In relationship with others humans will ‘invent’ language if not taught language.

Nature includes nurture. Baumeister suggests that the question of nature vs. nurture is ill posed. Culture is the natural strategy inherent in the human species for survival. The human ‘self’ does not really exist except in the context of community and culture. To understand the distinctiveness of human culture over other species consider this “humans have managed to triple their average life expectancy by dint of their research, health care, and public behavior (e.g., etiquette). Culture has pushed humankind ahead of other species.” (p. 71-72)  Baumeister brings up cooking as an example of the significance of culture. Cooking requires significant cooperation and transmission of information. No animal is born knowing how to cook. “The reason is that cooking requires the accumulation of information from multiple sources, and animals do not share information like that.” (p. 72)

Human identity comes from culture and community. “The human self is not present at birth or even programmed to emerge in development. Rather it comes into being in interaction with the social environment. Each baby is born as a full-fledged animal, but only becomes a person by acquiring an identity from society.” (p. 75)  Wow! There is much we could dig into here – with significant implications (good and bad) for ethics and morality as well as Christian faith. But this will have to be the topic of some future post. Here I would like to  move on to another of Baumeister’s ideas.

Meaning is real. Baumeister argues that there is one universe of ideas and, rather than create meaning, languages develop to communicate that universal meaning. If this was not largely true translation would be impossible. But translation is possible, at the level of both concrete referents and abstract ideas. Human distinctiveness comes from the ability to use this universal meaning. Baumeister summarizes his argument and I am quoting his text, but re-writing it in an outline form (p. 78)

The central assumption is as follows.

The gist is that human personhood is a blend of biology and meaning. Moreover, meaning is not, in the final analysis, a physical fact. … Human beings are physical animals who reached a level of sophistication that enabled them to use the universe of concepts to inform and improve their interactions. (p. 79)

Physical entities evolved to the point at which they could represent and alter behavior based on nonphysical, immaterial realities, such as ideas, values, laws, norms, and the like. The emergence of the human person was intricately intertwined with the emergence of the biological capacity to direct behavior based on these nonphysical, immaterial realities (including, at the extreme, religious beliefs in supernatural deities and immaterial souls). (p. 80)

Probably meanings are are best used not even by single brains but rather by brains that share assumptions and understandings with other brains, communicated by physical bodies. (p. 80)

Where does this get us? I have no idea what religious views, if any, Roy Baumeister holds. This essay makes no real indication, except that he accepts the conclusions of evolutionary biology. As Christians, I think there are a number of important implications. One is the idea that human personhood only exists in community and relationship, although I suggest that this personhood comes from relationship with God and others rather than from human culture alone. Many of the arguments in our church concerning human origins and Original Sin do not seem to be grounded in the reality of the way that God created humans for relationship with himself and with others. This also puts the great commandment in an appropriate light – love the Lord your God and love your neighbor as yourself.  We are called to let love define our relationships and personhood.

As has been argued by others, the image of God requires some intrinsic abilities, but it is first and foremost a relationship and a role, not a list of capabilities.

The church is essential to human flourishing as Christians.  We cannot be lone ranger Christians.

Many interesting ideas for thought.

What is the dividing line that separates humankind from other animals?

What do you think of Baumeister’s suggestion that it is the ability to use and communicate universal meanings?

March 2, 2017
Book of the Month: Salvation by Allegiance Alone
Next Post

March 3, 2017 How Not to Break Up with your Church...
Recent Comments
4 Comments | Leave a Comment
Browse Our Archives
Related posts from Jesus Creed