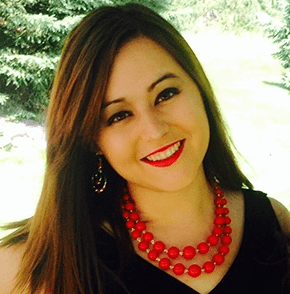 From Arise, by Rachel Elizabeth Asproth: Rachel Elizabeth Asproth graduated from Bethel University with a BA in English literature and reconciliation studies in 2015. She is currently the editor of the CBE Scroll and Arise. Her chief passions are reading, writing, social justice, theatre, and travel. She spends most of her time scouring thrift stores for new books and taking advantage of her student discount at the Orpheum Theatre. Rachel currently lives in New Brighton, MN.

We’ll begin our series by zooming out to analyze how history has sought to erase the experiences and contributions of women. Then, we’ll profile three living women who have made or are currently making history. We’ll end our series and our celebration by proclaiming that women’s stories endure. Against the long odds of patriarchal repression, women’s voices could not and will not be subdued.

But first, let’s talk about the historical erasure of women.

[SMcK: “let the blue parakeet” sing is the image I use for erasure and awakening in The Blue Parakeet.]

History is, quite obviously, a story. And like any story, it at times prioritizes the experiences of certain characters over others. If we try to do too much with one story, we obstruct our own efforts. Thus, good historians are wise and fair synthesizers of data, but they accept that no one story can answer every question.

And yet, some stories are more than just garden-variety incomplete. From a distance, broken things can appear whole. To the untrained eye, a sloppily-patched quilt might appear cohesive and a cracked window, smooth. But the quilt’s pattern is disrupted, faithlessly altered, and the fractured glass is no longer capable of withstanding a storm. Similarly, history is compromised by sloppy, biased storytelling.

There is a difference between a story that doesn’t answer every question and a story that excludes entire people groups. When history omits the experiences of women, it’s not because historians have been wise and fair synthesizers of data. It’s because patriarchal history prioritizes the stories of the powerful.

Patriarchal history tries to erase women by attacking their relevance to the global story. If women are not proven witnesses to and participants in the world’s story, then it make sense to omit us in the telling.

In other words, if history denies that women ever showed up to the party, our ongoing marginalization is justified. It’s no accident that patriarchal history consistently locates women off-site. History omits women because it doesn’t want to admit that we showed up, and that our presence altered the story.

I was recently reading an article about gender representation in school curriculum. The author of the article randomly selected a fifth grade US history textbook for analysis. She found that only twenty-six of the 185 “key people” listed were women.

Patriarchal history reduces women to supporting characters. But women have bent the arc of history with their hands since the beginning of time. We’ve been inventing, building, creating, and producing for ages. And yet, history treats our contributions as afterthoughts.

But we aren’t reduced to supporting characters because we don’t warrant a starring role. No, patriarchy has long sought to subdue our genius.

It’s true that women have been limited to the domestic sphere for much of history. And it’s important to never dismiss the courageous vocations of mother and wife. However, women were not wives and mothers only. Women are and have been inventors, warriors, strategists, doctors, generals, educators, scholars, theologians, activists, and preachers.

Women invented Kevlar, central and solar heating, syringes, the smallpox vaccine, submarine telescopes, and so much more! A woman wrote the first computer program (Ada Lovelace) and another woman wrote the first business software program (Grace Hopper). And some beer historians believe that you have ancient Mesopotamian women to thank if you enjoy a nice cold beer in the summertime.

And yet, history rarely treats women as agents of change and progress because the agency of women is a threat to patriarchy.

Traditionally, women have been judged as valuable or valueless based on what we could offer to men. Yes, I’m talking about sex. History is fascinated by female sexuality—and many historical figures like Augustine, Jerome, and Tertullian dwelt obsessively on a false narrative of female promiscuity.

Christians today often reduce women to the flawed dichotomy of promiscuous or pure. And patriarchal history is just as preoccupied with what women have done with their bodies, or in many cases, what has been done to their bodies. And all of this toxic, patriarchal interest in female sexuality has come at the expense of celebrating women’s intellectual capacity.

Women have been engaging in complex thinking for just as long as men, yet church fathers labelled women simple, shallow, and intellectually deficient. Indeed, Martin Luther said: “No gown worse becomes a woman than the desire to be wise.” Patriarchal history often paints women as inconstant, fleeting, changeable creatures.

Patriarchal history has been trying to erase women for a long time. Nevertheless, we’ve persisted.

Join us in March for our Women’s History Wednesday series as we celebrate women’s stories, experiences, and contributions.