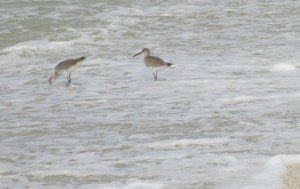 Methodological naturalism. For most scientists this is a foregone conclusion; a scientist studies nature and looks for natural cause and effect. Among Christians the term is often viewed as a cop-out,  giving away the farm by ruling divine action out of bounds. Many atheists view the term as indicative of a failure to face facts and admit that there is nothing but the natural world.  Which view is closest to yours?

The trouble with adopting methodological naturalism it that it seems we have to predetermine what counts as natural. And that will inescapably involve metaphysical notions and values that are not properly scientific by the standards of methodological naturalism.In that case, our metaphysics is going to affect our science, so long as we are committed to science as explanatory. (p. 71-72)

Practice of Science. It is relatively easy to see where the practice of chemistry and physics; geology and agriculture; genetics and embryology along with many other disciplines and subdisciplines can be approached through the lens of methodological naturalism.  We look for and confine ourselves to the study of the interactions between atoms and molecules, even subatomic particles, the interaction of light and gravity with matter, and the laws that describe these interactions.

Problems may arise when scientists in these fields look to grand unifying theories. Jim brings some of Alvin Plantinga’s work into the discussion.

There is something to be said for recognizing disciplinary boundaries. Michael Ruse … compares methodological naturalism to going to a doctor and expecting not to be given any political advice. The doctor may have very strong political views, but it would be inappropriate for him or her to disseminate them in that context. So, too, the scientist ought not to disseminate religious views, as they are not relevant to the task at hand. But Plantinga counters that in assessing grand scientific theories we will necessarily cross disciplinary lines in order to use all that we know that is relevant to the question. For the Christian, he thinks this properly allows the use of biblical revelation in assessing whether something like the theory of common ancestry is a correct explanation. And he believes that can be called Augustinian, or theistic, science. (p. 76)

In part this is because, historically speaking, what counts as natural is a moving target. I think Plantinga has an important point concerning grand theories – but (big but) – he is completely off-base in applying his concern to the question of common ancestry.  Evolution and common descent are natural scientific questions with methodological naturalism an appropriate approach – even for devout Christians. Before digging a little deeper into places where methodological naturalism should be held lightly we will  look briefly at reasons for retaining methodological naturalism.

Retaining Methodological Naturalism. In the natural sciences (biology, chemistry, physics, geology, astronomy, climatology, meteorology … ) reasons given for abandoning methodological naturalism are always gap arguments. Jim does not put it quite this bluntly, but after reading quite widely, this is the clear conclusion. I have not yet found an argument that is not based on a possibly temporary state of ignorance. Protestations to the contrary are emotional rather than evidence based.

Inserting supernatural agency or events into explanations has a fairly poor track record historically. Science has been remarkably successful at figuring out the causes of phenomena that were once explained by supernatural agents – from thunder and solar eclipses, to disease and epilepsy. Of course that doesn’t mean that science will be able to figure out everything in the future. But it should give us pause before thinking we’ve found some phenomenon for which there will never be any scientific explanation. To do otherwise would be to inhibit scientific investigation. Take the example of how the first living cell came about. Scientists don’t have very promising models right now for how that could have happened through natural means. (p. 77-78)

Both Alvin Pantinga (Jim cites a couple of articles written in 1996 and 1997) and Stephen Meyer (Signature in the Cell) suggest that this should allow us to draw the conclusion that the best explanation is that here we have a place where God acted as an intelligent agent. Jim notes “But should we call it the best scientific explanation we have at present if we say “and then a miracle happened” and there was life? It seems more in keeping with our present usage to say, “At present we have no scientific explanation for that phenomenon.” (p. 78) To insert a supernatural act of God here is to insert God into a gap in our knowledge. If the gap fills where is God? Of course God is responsible for the origin of life, just as he is responsible for the weather and the formation of a babe in the womb; but it isn’t either God or science. It is God and science. As a Christian I am convinced that as scientists we study God’s ordained and sustained creation.  Perhaps there are places where there will never be a satisfactory scientific explanation, but it is unwise to draw this conclusion about any individual proposal. 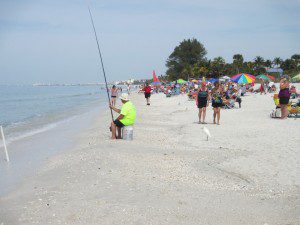 I will suggest that another place where methodological naturalism fails is in some areas of the social sciences. Humans and human social constructs are shaped by interpersonal interactions. The plasticity of the human brain means that we are shaped and formed not only by “nature” i.e. our genes, but also through community – our social environment. Ideas change people. If there is a God who interacts with his people, his presence and interaction will change people. Natural explanations, ignoring the supernatural, i.e. God, will never get to the complete truth. Here is a case where the a priori move to eliminate God from consideration will limit understanding … if there is a God. This isn’t miraculous, but neither is it natural because God isn’t natural.

Methodological naturalism is troublesome when it shapes our grand theories of being. However, it is counterproductive, and can be destructive to faith, to insist on gaps in impersonal processes and insert divine as opposed to natural cause.

Is methodological naturalism a useful approach?

What are the limits, if any, to methodological naturalism?

March 9, 2017
Help for Walking through the Pain of People Leaving Your Church
Next Post

March 9, 2017 With Mark Elfstrand
Recent Comments
18 Comments | Leave a Comment
"This article starts a series on what A Course in Miracles (ACIM) implies when acim ..."
burakdeniz The Miracles of Creation? (RJS)
"It is your confidence in these thoughts that needs pardoning and what causes absolution a ..."
burakdeniz The Miracles of Creation? (RJS)
"Scot, 1 Cor 16:15-18 asks the Corinthians to submit to the leadership of Stephanas and ..."
Richard Fellows Finishing Well With Clement
"I can only guess that they look at Trump as a kind of god like ..."
D.M.S. The Gospel of With Us and ..."
Browse Our Archives
get the latest from
Evangelical
Sign up for our newsletter
POPULAR AT PATHEOS Evangelical
1