The Wisdom of this World (RJS) 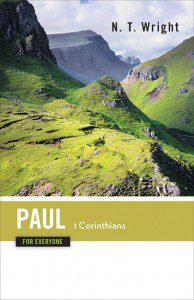 Oftentimes when discussing issues of science and faith, or other issues that challenge the conventional thinking of the Christian faith, someone will up and quote or paraphrase Paul from his letters to the Corinthians.

For the message of the cross is foolishness to those who are perishing, but to us who are being saved it is the power of God. For it is written: “I will destroy the wisdom of the wise; the intelligence of the intelligent I will frustrate.” Where is the wise person? Where is the teacher of the law? Where is the philosopher of this age? … For the foolishness of God is wiser than human wisdom, and the weakness of God is stronger than human strength. (1 Cor. 1:18-20, 25)

Do not deceive yourselves. If any of you think you are wise by the standards of this age, you should become “fools” so that you may become wise. For the wisdom of this world is foolishness in God’s sight. As it is written: “He catches the wise in their craftiness”; and again, “The Lord knows that the thoughts of the wise are futile.” …  (1 Cor. 3:18-20)

The implication when this is brought into the conversation is, implicitly or explicitly, that we should forsake the wisdom of this world – the questions raised by philosophy, psychology, science, archaeology – and have faith in the wisdom of God and in his Holy Word, the “plain” reading of scripture. To accept an old earth and evolution or to question the historicity of Adam, Noah, Babel, Job, or Jonah and suggest that the genre of these passages carries truth in a different form, is to succumb to the wisdom of the world, forsaking the wisdom of God (it is usually fine to turn the Song of Songs into an allegory though).

In the 1 Cor. 23 Paul notes that Christ crucified is “a stumbling block to the Jews and foolishness to the Greeks” (1. Cor. 1:23). I have at times heard people claim that this view of Christ crucified as “foolishness” explains the resistance to so-called “biblical” views of creation be they young earth, old earth progressive creation, or intelligent design. 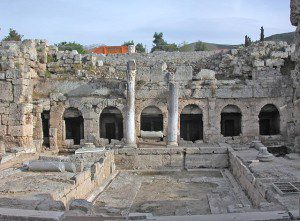 How should we understand these passages? In Paul for Everyone 1 Corinthians, N.T. Wright suggests that Paul in 1:18-26 is using a rhetorical tool here in dealing with a sophisticated Corinthian audience.

He is contrasting ‘the wisdom of the world’ with ‘the wisdom of God’. His basic claim is that the message about the Messiah and his cross carries a power of a quite different sort to the power of human rhetoric, with its showy style designed to entertain the ear and so gain an undeserved hearing for a merely human message. But, in the making this point, he himself writes a paragraph of such wonderfully flowing and balanced rhetoric that one can only assume that he was deliberately teasing them, perhaps hoping to make, by humour and irony, the deadly serious point underneath.

The point is that when Paul came into a pagan city that prided itself on its intellectual and cultural life, and stood up to speak about Jesus of Nazareth, who had been crucified by the Romans but raised from death by God, and who was now the Lord of the world, summoning people to faithful obedience, he knew what people would think. This was, and is, the craziest message anyone could imagine. This wasn’t a smart new philosophy; it was madness. It wasn’t an appeal to high culture. It was news of an executed criminal from a despised race.  (p. 12)

And a little later:

The Christian good news is all about God dying on a rubbish-heap at the wrong end of the Empire. It’s all about God babbling nonsense to a room full of philosophers. It’s all about the true God confronting the world of posturing, power and prestige, and overthrowing it in order to set up his own kingdom, a kingdom in which the weak and foolish find themselves just as welcome as the strong and the wise, if not more so. (p. 13)

This isn’t about the age of the earth or the possibility that evolutionary biology might reveal something of the nature of God’s good creation. It isn’t about such mundane topics at all, although it certainly is about the arrogance that claims that science disproves God or that God is a concept we’ve outgrown. It is also about the glorification of power, prestige, and wealth as the ultimate path for human happiness and progress.

The pressure from the world around us is always trying to make us either deny that we know anything or adopt one of those brittle, high-risk, know-it-all positions. Genuine Christian faith isn’t like that. It involves learning to be foolish, as Paul says here, in order to become wise; and it involves celebrating that ‘all things are yours’ while recognizing that ‘you belong to the Messiah, and the Messiah belongs to God’. (p. 40-41)

This passage is at the end of a discussion of the folly of belonging to human leaders. We belong to Christ – but not to any man (or woman). Again there is only a tangential connection to science, the age of the earth, or other such questions. Worldliness, as Paul makes clear earlier in this passage, is connected with following human leaders in place of Christ.

Brothers and sisters, I could not address you as people who live by the Spirit but as people who are still worldly—mere infants in Christ. I gave you milk, not solid food, for you were not yet ready for it. Indeed, you are still not ready. You are still worldly. For since there is jealousy and quarreling among you, are you not worldly? Are you not acting like mere humans? For when one says, “I follow Paul,” and another, “I follow Apollos,” are you not mere human beings? (1 Cor. 3:1-4)

The correction is clear: “So don’t let any one boast about mere human beings. For everything belongs to you, … And you belong to the Messiah; and the Messiah belongs to God.” (Wright’s translation of 3:21, 23 p. 40)   The Corinthians were copying the ‘wisdom’ teachers of their Greek culture and aligning themselves with mere human beings!

There are certainly important lessons that we can and should take from Paul’s comments on foolishness of human wisdom. But it has little, if anything, to do with the scientific questions. It has more to do with the shape and focus of life and the need to focus on God and his wisdom and plan rather than human wisdom.

The point is that you don’t have to understand how it all works. You have to believe – on the evidence of Jesus’ resurrection in particular – that it works and you are called to be a part of it … That’s why all human wisdom is overturned by the divine folly of the gospel. Verses 18-20 sum up, and buttress with further biblical quotations, the point Paul has been making from various angles ever since 1.18. And the sharp command which goes with this summing-up, which we need today as much as ever, is this: don’t deceive yourself (verse 18). It is easy to do, and the results are sad. And those who think they’re not likely to deceive themselves are the very ones who are about to do so. (p. 42)

These passages in Corinthians aren’t proof-texts to undermine or dismiss scholarly endeavors in favor of a “simple” or “plain” reading of certain Old Testament texts. To use them in that fashion will likely ensure that we miss the thrust of Paul argument, an important one for us today.

What is Paul referring to as the wisdom of the world that is foolishness in God’s eyes?

March 22, 2017 Three Elements of Faith
Recent Comments
6 Comments | Leave a Comment
Browse Our Archives
get the latest from
Evangelical
Sign up for our newsletter
POPULAR AT PATHEOS Evangelical
1