How did the Early Church Read the Bible?

How did the Early Church Read the Bible? May 1, 2017 Scot McKnight

Here’s the big picture: Those educated today in typical schools learn to think in what is called the historical-critical method. That is, students in theology and Bible are taught to think like a historian, to think critically over against the received traditions, and to base their theology on the evidence (the Bible). The goal, then, is to determine the intent of the author. They are taught not so much to say What does God say in Matthew 5:17-20 but instead, What does the author of Matthew intend to communicate with this text in his historical (Jewish) context?

That form of interpretation is not 1st Century and derives from developments following the Renaissance and the Enlightenment and, ironically enough, the interplay of tradition and history in the orthodox-fundamentalist vs. the who-cares-about-the-orthodox and modernist stream of thinking.

Jesus, the apostles and the early church did not read the Bible in the historical-critical method. 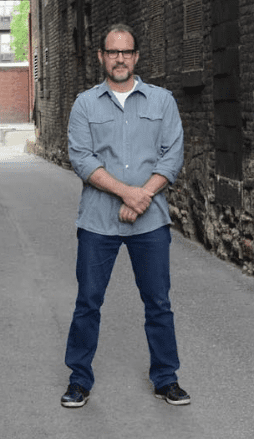 Greg Boyd, in The Crucifixion of the Warrior God, examines in chp 3 “Finding Jesus in the Old Testament” with the subtitle “The Christocentric Hermeneutic of the Early Church.” [I want to say the footnotes in this book are a very odd combination of the highest level of scholarship with some very conservative voices. I know I’ve never seen so much Moltmann and Torrance combined with so much Goldsworthy and Dockery! These people are not companions in the way the notes combine them.]

When it comes to how the early church read the Bible, the new book by Hans Boersma, Scripture as Real Presence, is a new and exciting study.

The revolutionary impact that the revelation of God in Christ had on the earliest Jewish disciples is reflected not just in the way they speak about Jesus, as we saw in the previous chapter, but also in the radical way this revelation altered their interpretation of the OT. 95

To be more specific, when we study the manner in which NT authors | cite and allude to the OT, it becomes clear that finding Christ in Scripture was a far more pressing concern for them than discerning an OT author’s originally intended meaning. 97

The superior authority of Christ meant that while the authors of the NT embraced the OT as “God-breathed” and thus would never feel free to reject any portion of it, they were equally convinced that the ultimate God-intended meaning of any given passage, and of the OT as a whole, was only found when seen in relation to Christ. 98

Rather, in depicting Jesus as ‘fulfilling what was written,” these authors are usually employing an ancient interpretive strategy that parallels in interesting ways the Qumran pesher style.

While we are clearly dealing with some ancient interpretive strategies that are quite foreign to our modern way of thinking, it is also clear that the way this author applies these strategies reflects the intensity of his Christocentric reading of the OT. As he survey’s [sic] Scripture through the lens of Christ, the author discovers truths that no one would ever discern were they not reading through this lens. 111

As is true of the Gospel authors and for Paul, the author of Hebrews clearly assumes that whatever various OT passage might have meant to their original audience, their ultimate meaning is found only when we disclose how they bear witness to the definitive revelation of God in Christ. 112

The big one: Is this for us? Are we to read the Bible this way? I contend that many today, those who are theological interpreters of Scripture, read the Bible as the early church did and they read — catch this — as Boyd reads it, but Boyd takes on a subject many avoid: the violence of God in the OT.

At the same time, while some of the particular creative ways NT authors illustrated their conviction that the OT bears witness to Christ are no longer viable, I concur with Longenecker when he argues that the same cannot be said of the conviction that motivated their employment of these strategies.46 To the contrary, if we accept as authoritative the NT view of Jesus as the supreme revelation of God and the culmination of the old covenant, how we can logically avoid also accepting as authoritative their basic Christocentric approach to the OT. That is, if we trust, as they did, that Jesus is the revelation of God that culminates and surpasses all others, and if we believe, as they did, that all Scripture is “God-breathed,” how can we not follow their example of exploring ways of interpreting the OT such that it does not compete with Christ but rather bears witness to him? Hence, while the specific hermeneutical strategies we come up with must at times differ from theirs, owing to the different plausibility structures we live in, I submit that the quest to discern Christ throughout the OT must remain the same. 113

And while Luther and Calvin mostly rejected allegorical interpretation, in theory if not in practice, they nevertheless relied on typology and other creative hermeneutical strategies to discern how Christ was the subject matter of the OT. 119

The Spirit that inspired Scripture “does not know and does not want to know anything besides Jesus, as [Christ] says of Him, ‘He will glorify me.’

For this reason, he continues, “the law and the prophets are not rightly preached or known save we see Christ wrapped up in them.”120

This Christocentric conviction is applied hermeneutically when Calvin states, “We ought to read the Scriptures with the express design of finding Christ in them.” So too, the one thing “we should… seek in the whole of Scripture,” Calvin avers, is “truly to know Jesus Christ. In Christ we find the foundation of both Testaments, he holds, for both are portraits of Christ, the only difference being in “the manner of painting.” 122-123

For this reason, I would argue that while early Anabaptists do not sound particularly distinctive when they teach that the whole OT ‘points to Christ,” as Dirk Philips stated it, Christ was actually a more significant controlling principle in their hermeneutic and theology than he was in the writings of Luther and Calvin. 124

In light of the material reviewed in this chapter, I trust it is evident that the church has always, and should always, aspire to interpret Scripture and carry out its theological reflections in a thoroughly Christocentrie way. As “disciplined thought,” Harold Wells argues, theology must be “disciplined from its center and foundation,” which means that “every aspect of faith” must be “illuminated by, and coherent with, Jesus Christ.” This present work is nothing more than an attempt to work out this traditional Christocentric orientation in a thoroughly consistent manner and in relation to the most problematic aspects of the Scripture we confess to be “God-breathed” for the purpose of bearing with to Christ: namely, its violent portraits of God. 137

April 30, 2017
Prayer for the Third Sunday after Easter
Next Post 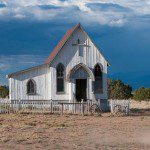