How do the Heavens Declare the Glory of God? (RJS) 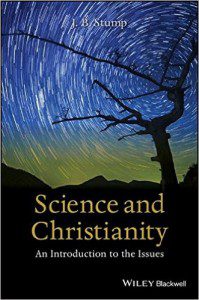 The next chapter in Jim Stump’s excellent introduction to the issues surrounding Science and Christianity explores the pros and cons of Natural Theology. Christians generally defend the concept of natural theology – the idea that the study or observation of creation can lead us to God based on two passages of Scripture. Psalm 19:1-4

The heavens declare the glory of God;
the skies proclaim the work of his hands.
Day after day they pour forth speech;
night after night they reveal knowledge.
They have no speech, they use no words;
no sound is heard from them.
Yet their voice goes out into all the earth,
their words to the ends of the world.

The wrath of God is being revealed from heaven against all the godlessness and wickedness of people, who suppress the truth by their wickedness, since what may be known about God is plain to them, because God has made it plain to them. For since the creation of the world God’s invisible qualities—his eternal power and divine nature—have been clearly seen, being understood from what has been made, so that people are without excuse. 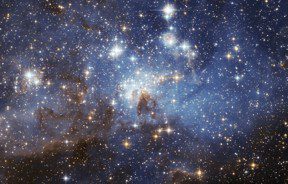 Natural Theology. These passages appear to claim that God – the God of Christian faith – is revealed, at least enough to drive humans to search for him, in Creation itself, apart from any relationship or other revelation. This led to the development of so-called natural theology.  Jim outlines three classic arguments of natural theology:

Other arguments and further refinements of these three  arguments could be discussed. The more important question, however, revolves around the value of this approach to understanding God through nature. 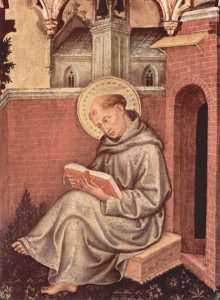 Objections to Natural Theology. Beyond the objections to specific arguments, there are also significant objections to natural theology as a whole. In the reformed tradition there is the objection from total depravity: Our capacity for reason has been so distorted that we cannot trust ourselves to reason from creation to God. Taken to the extreme this position undercuts and devalues all human study, although few will go so far. Science works, after all – airplanes fly and many modern medicines work quite well..

More subtly, Barth suggested that natural theology represents an attempt to know God apart from what God has revealed. This will take us further from God.

There are key aspects of Christian theology that cannot be deduced from reason and nature alone.  The Trinity for example. No study of the heavens will lead us to a doctrine of the Trinity. The best natural theology can lead us to is the existence of some kind of minimal deist God.

More importantly, natural theology reduces God to an object, rather than recognizing him as a person in relationship with his creation.

Contemporary philosopher of religion Paul Moser claims that natural theology treats God as an object, similar to the objects that natural science investigates. In so doing, the arguments of natural theology fail to detect the personal being who is God revealed to Abraham, Paul, and (most significantly) Jesus. Instead, the appropriate cognitive basis for Christian faith is found in the relationship one can have with God through God’s intervening personal Spirit. … The true God is not revealed in the “spectator evidence” of natural theology, but is made known to us only as we enter into relationship with God. (p. 88-89)

This is also my biggest argument against the project of natural theology, and any form of scientific investigation of God. The God of Christian faith is a personal God who reveals himself in relationship.

Theology of Nature. Rather than trying to prove the existence of God from nature and reason, many today (Alister McGrath for example) are finding it more interesting and fruitful to develop a theology of nature that sees “the natural order imbued with purpose.” McGrath’s thought-provoking book A Fine Tuned Universe: The Quest for God in Science and Theology digs into this question. Moving away from natural theology can provide the Christian with the opportunity to rediscover an understanding of nature as creation. Natural theology purports to take a rational objective approach to the relationship between God and nature, looking for objective evidence. A theology of nature looks for purpose and design not as evidence and proof, but to better understand creation, and also God.

I’m with McGrath on this. Natural theology seems an intellectual game, and not a particularly productive one. Some people may be led to consider Christian faith based on these arguments, although I doubt if they are ultimately the deciding factor in many if any case. A theology of nature, on the other hand, can lead us to a better and deeper understanding. As Denis Lamoureux has emphasized, we all make a leap of faith from scientific “facts” to their interpretation and meaning. This is unavoidable – no matter what our view of the world … atheist, theist, or other spiritual or religious outlook. A Christian theology of nature will lead us to worship the Creator.

Is natural theology a valuable pursuit?

How do the heavens declare the glory of God?

May 2, 2017 Jordan Edwards: Yet Again
Recent Comments
11 Comments | Leave a Comment
"This article starts a series on what A Course in Miracles (ACIM) implies when acim ..."
burakdeniz The Miracles of Creation? (RJS)
"It is your confidence in these thoughts that needs pardoning and what causes absolution a ..."
burakdeniz The Miracles of Creation? (RJS)
"Scot, 1 Cor 16:15-18 asks the Corinthians to submit to the leadership of Stephanas and ..."
Richard Fellows Finishing Well With Clement
"I can only guess that they look at Trump as a kind of god like ..."
D.M.S. The Gospel of With Us and ..."
Browse Our Archives
get the latest from
Evangelical
Sign up for our newsletter
POPULAR AT PATHEOS Evangelical
1