Evolution is Stochastic (not Random) (RJS)

At the first public BioLogos Conference in the summer of 2015, Prof. Ard Louis, a professor of theoretical physics at Oxford gave an outstanding talk “Randomness and Other Metaphors in the Theory of Evolution.” The lecture is available on YouTube (see below). I’ve held off on posting about it because the lecture runs 46 minutes, while clips of even 7 or 8 minutes tend to exceed the attention span of most readers. However, I just came across the video and watched it again. It is well worth the time, presented with humour and a number of excellent visuals (including videos). I’ve had the opportunity to meet and talk with Ard on several occasions. He is equally at home discussing science or Christian faith and takes both very seriously. A number of concepts he touches on in this talk are ones that my group, or those of my colleagues, have investigated and his points are ones we need to take seriously.  If you have the time to watch the video you will not be disappointed. (A couple of shorter videos below also introduce some of the major points.)

When the talk was posted at BioLogos, Ard introduced it:

Popular descriptions of evolution can employ many value-laden metaphors such as survival of the fittest, selfish genes, or random mutations. While these can have precise scientific meanings, they are unfortunately often misappropriated in popular natural (a)theological arguments, used both by religiously motivated anti-evolutionists and metaphysical naturalists, that look at the natural world and then extract theological meaning (or lack of meaning) from it. In this talk I will re-consider some of these metaphors. For example, the word “random” can have overtones such as purposeless. But in science and engineering we often use methods that employ random number generators to precisely calculate well-defined properties. There are many parallels between these methods and the way that evolution works. Technically these are often called “stochastic” methods, so it might have been better if we scientists had used the term stochastic mutations, instead of random mutations, since the former term is scientifically correct but runs less risk of carrying unnecessary metaphysical baggage. Helping people avoid misunderstandings of these metaphors may allow them to better appreciate just how beautiful the science of evolution really is.

Evolution isn’t random although it uses probabilistic processes to achieve an outcome. If the above clip is too long, here is a much shorter clip where Prof. Louis discusses self-assembly:

Prof. Conway Morris, Professor of Paleobiology at Cambridge University, specializes the emergence of complexity and construction of the major animal body plans in the Cambrian explosion. In this clip Prof. Louis and Prof. Conway Morris discuss randomness:

The point being made in this clip is that the scientific definition of randomness does not imply that something is is open-ended and purposeless. The evolutionary process is an efficient search algorithm optimizing for specific functions. In fact, the evolutionary process follows well defined roads and paths constrained by the nature of chemistry and physics. Not everything is possible, there are a limited number of possible solutions, stable points in biological space. There is no reason to conclude that evolution demonstrates that we are accidents of nature.

Now one can argue, as Darrel Falk does in the book chapter discussed on Tuesday (A Matter of Providence), that the appearance of humankind remains a highly contingent and improbable event. But the overall process of evolution is not arbitrary and random. 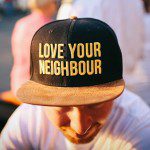 May 12, 2017 Goody Two Shoes
Recent Comments
37 Comments | Leave a Comment
Browse Our Archives
get the latest from
Evangelical
Sign up for our newsletter
POPULAR AT PATHEOS Evangelical
1