The Bible is Central 16 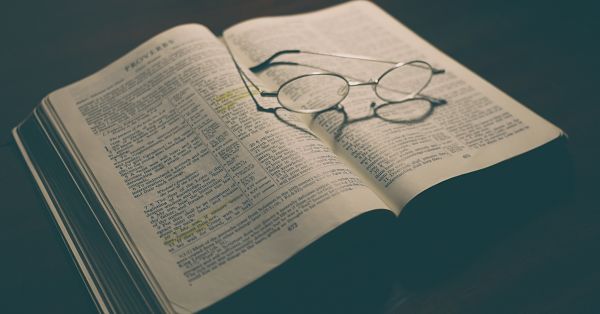 In the next paragraph of Psalm 119 (vv. 121-128, each beginning with the Hebrew letter Ayin), the psalmist considers his own integrity before God from a variety of angles. He appeals to God on the basis of his own integrity, he yearns for God on that same basis, he opens himself up to God, he requests God to act, and he identifies himself on the basis of his integrity. It strikes many today as inappropriate — especially if we are nurtured in Reformation theology. But, the psalmist doesn’t back down and we can learn something from him.

Are you uncomfortable with the psalmist’s disposition here?

Let me back up: what I mean by being nurtured in Reformation theology, as I was myself, is that we think of ourselves as sinners who have no claim on God. Not so the biblical characters who pray. Think of Job, think of the many psalms. It’s noticeable how convinced they are at times of their own integrity. Perhaps we can lay blame on them for thinking this. I think that would be a mistake. There is more to learn beyond the claim of integrity, but true humility is to know who we are before God. It is not pretending to be worse than we are. False humility tempts; true humility knows the truth. I think of this psalmist in the latter category.

And he appeals to God not to abandon him and not to let the arrogant oppress him because “I have done what is just and right” (119:121-122).

Notice he asserts his integrity — that he does what is right before God — and makes three petitions on that basis:

1. Do not leave me to my oppressors.
2. Ensure your servant’s well-being.
3. Do not let the arrogant oppress me.

Something should be observed: The TNIV’s “well-being” is the goal unto which the psalmist asks this protection: “for the good.” It could mean health and survival, but it is probably more comprehensive and means “so that I might do that which is good for more days.”

Still, moral integrity can be a comfort for the follower of Jesus and it can be used as a fulcrum on which we base an appeal to God to deal justly in this world.

Psalm 119:123 is a little tricky: “My eyes fail, looking for your salvation, looking for your righteous promise.” Is the psalmist despairing and at the end of his hope or is he yearning intensively? The Hebrew word here (qalah) can mean either “completed” and could connote “totally focused on” or, which is how most translations proceed, “exhausted, come to the end.” I think the latter sense is probably right.

The psalmist yearns in hope and he is coming to the end of his strength. He isn’t sure how much longer he can go on.

His focus and yearning, in the midst of his oppression, is on the just word of God — God’s promise to bless those who observe his Torah. How much longer can he go on? He’s pressed on to the end to see the “just word” — the promise of victory.

I like this: in vv. 121-122, we see a confident appeal on the basis of his integrity; in v. 123 he comes to the bottom of himself, he recognizes that he can’t go on without God’s help. Not in the sense that he finds his disposition in 121-122 wrong, but in the sense that he is wearing down, admitting that it is hard at times to press on in a forward direction.

124 Deal with your servant according to your love
and teach me your decrees.
125 I am your servant; give me discernment
that I may understand your statutes.

It is his to walk; it is the Lord’s to tell him where to walk. He is a servant. I doubt one should toss the barbs of synergism at the psalmist, but recognize that he knows he is responsible to obey but his obedience springs from God’s gracious teaching.

It’s not our kind of syntax but it is a Hebrew kind of syntax: “Do unto your servant according to love.” That is, to turn it into colloquial English: “Love me, treat me in a loving manner.” How about “Give me some love!”

This psalmist kind of love is one that leads to his being instructed and to discernment.
The vulnerability of the psalmist is palpable: he’s open to God, he has faced God, he wants to hear from God, and he simply requests that God teach him. He’s listening to God. He is before God as a servant.

Get up and do something, he tells God. People all around me are violating the covenant by disobedience; the just (like him) are doing God’s will and it is not getting them anywhere. It would not be inappropriate to see the psalmist making a demand on God.

I doubt there is a more common theme to the Psalms than this one: God is summoned to act in accordance with his promise and, in so doing, to save the faithful from oppression.

It takes some chutzpah to make demands on God, but as I said on Monday, this psalmist is convinced of his own integrity because he knows he has obeyed God. Like Abraham or Moses or Job, he knows he has done God’s will. He knows God’s promises. He stands up and asks God to act. It will, I assume he thinks, glorify God to act out his promises and his justice to make his ways known and his judgments clear.

He loves God’s mitzvot and piqudim, commands and precepts, “more than gold, more than pure gold.” He self-identifies as a lover of all of God’s ways: which of course means he not only likes them but follows them.

It is possible, as Samuel Hirsch points out, that v. 128 indicates some thought parts of the Torah were wrong or of no use for Israel. The psalmist, a radical if there ever was one, was committed to every word and every command.

Because he loves God’s commands and precepts, he hates “every deceptive path.” He’s clear in his thinking: he knows what is right and he knows what is wrong. He has chosen the former; he’s turned his back on the latter. 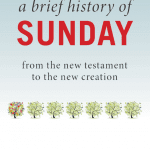 June 22, 2017 St. Augustine and Natural Theology (RJS)
Recent Comments
2 Comments | Leave a Comment
Browse Our Archives
get the latest from
Evangelical
Sign up for our newsletter
POPULAR AT PATHEOS Evangelical
1