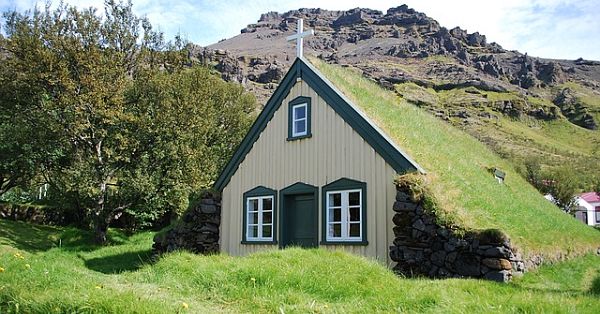 In a recent article over at Seedbed, Howard Snyder asks this question and offers his view:

How large should your church be?

Silly question, you say. Depending on your theology or worldview, you might add:

* Large as possible! Bigger is better!

Here’s a better answer: A congregation should be large enough to fulfill all the essential functions of Christ’s body—and small enough to really function as body of Christ.

So we might take a quick look at “Dunbar’s Number,” which happens to be 150.

I believe (as I have written in Liberating the Church and elsewhere) that the three essential functions of the body of Christ, biblically speaking, are worship, community, and witness. The New Testament speaks much about all three. And importantly, all three of these key body-life dynamics are social as well as spiritual. (Biblically speaking, of course, all spirituality is social, as John Wesley saw so well.)

Since all church life is social, it necessarily involves social dynamics—the ways groups and personal relationships function. It would be a mistake to think that “laws” govern social behavior. But certainly social behavior is influenced and constrained by numerous limiting factors. It’s hard to squeeze 100 students into a classroom that seats 25. On the other hand, the dynamics of a class of 25 will be much different in a room that seats 500 rather than one of more appropriate size. …

Robin Dunbar (b. 1947), an anthropologist and evolutionary psychologist at the University of Oxford, is the guru behind Dunbar’s Number. Studying both animal and human organizational behavior—including brain function—Dunbar concluded that there is a “cognitive limit to the number of individuals with whom any one person can maintain stable relationships,” and that that limit is 150 persons. Turns out 150 is the maximum number of people that one person can have meaningful ongoing relationship with.

He gets stronger in his confidence on this number:

God never made us to experience Christian community in congregations of 1,000 or so. Even 500 is often very unhealthy in terms of discipleship and real koinonia. It seems that 125 to 175 is a good healthy number, and 150–200 generally provides a good basis for spinning off daughter or sister congregations. (This depends of course on the spiritual health of the congregation. An unhealthy or dysfunctional congregation will birth congregations that are similarly dysfunctional.)

More basically: Something important happens to community, to koinonia, when congregations grow beyond 150 or so. How many times have I heard versions of this: “We seemed to lose something as we grew larger.” Of course! Genuine community requires proximity, interaction, practice of the New Testament “one-anothers,” mutual encouragement and correction (Heb 3:13, 10:24-25). This is not optional if disciple-making, not just larger congregations, is the goal.

Even if with this magical number of 150 as his guiding light, it seems to me Snyder’s piece needs a more expansive approach, and it needs expansion in two directions:

First, some churches will never get much bigger than a dozen or two dozen or three dozen. His pointed finger is at megachurches but some sensitivity to the smaller church is needed. When Snyder contends the optimal number is about 150 he tosses the average church in the USA (attendance around 70-75) under the bus. On top of that it is highly unlikely that churches in the 1st Century were ever 150. Most think there were about 5-6 churches in Rome of about 20-30 people. The exceptional study of Peter Oakes, Reading Romans in Pompeii, suggests a household would be about 35 people.

Second, megachurches may be 2,000 or 10,000 and even above 20,000 but it is entirely possible to break down megachurches — as a number do — into small groups or smaller groups. So, church “size” has to be analyzed with different metrics than church attendance.

My contention then is that Howard Snyder has a good point, but it’s not about church size. It’s about optimal metrics for a church to function well and to develop the gifts of the whole church so that worship, fellowship, and witness — Snyder’s big three — occur.