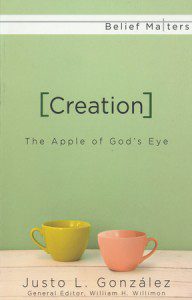 The final chapter of Justo González’s short book, [Creation] The Apple of God’s Eye, ends on a note of hope. At several places in the book González has described creation using an analogy with human parenthood. There are limitations to the comparison of course, but it also helps direct our understanding. God’s act of creation is an act of love comparable to the act of love involved in deciding to bear children.  “When properly made, the decision to have children is both a sign of love and a sign of hope.” (p. 95) Because the children have freedom of will, there is no guarantee that they will provide joy – in fact there is the very real chance of great heartbreak. God has chosen to give us the freedom to mature and follow him or to rebel against him. (Human parents don’t have a choice – their children inevitably have the ability to rebel.)

Creation is an act of hope for the future. Christian faith is grounded in this hope.  A key passage illustrating this hope is found in Romans 8.

I believe that the present suffering is nothing compared to the coming glory that is going to be revealed to us. The whole creation waits breathless with anticipation for the revelation of God’s sons and daughters. Creation was subjected to frustration, not by its own choice—it was the choice of the one who subjected it—but in the hope that the creation itself will be set free from slavery to decay and brought into the glorious freedom of God’s children. We know that the whole creation is groaning together and suffering labor pains up until now. And it’s not only the creation. We ourselves who have the Spirit as the first crop of the harvest also groan inside as we wait to be adopted and for our bodies to be set free. (18-23 CEB)

First, we are children and heirs not slaves.  We, too, should hope for the future age.

Second, the subjection of creation is not an act of oppression but in hope for what will come. “God has not subjected creation as a master subjects a slave but rather as a loving parent subjects a child. This means that, like a child, creation is not yet what it will be. Like a child, it is going through growing pains, but these pains lead to a future maturity of love, peace, and justice.” (p. 93)

Third, the image of creation groaning is an image of hope for what will come. To emphasize the pain is to miss the point.  “The reference is … to the whole of creation as a mother about to give birth.” (p. 94)

Fourth, we also groan as we await to be set free – born into the new age, “the day when our adoption as God’s children will be made manifest.” (p. 94-95)

But God’s hope is not like human hope. When we hope for something there is the possibility of failure or disappointment. Not so as we rest in Christian hope.

The God who has made – and continues making and sustaining – all things out of love is the same God who out of the same love will bring all things to their intended end. Meanwhile, we live by faith in that God of love and by hope and expectation of what God will bring about. (p. 95-96).

This is an excellent little book. It is thought provoking and ought to lead to a wide range of profitable discussions in any small group or class.

What is the significance of our role as God’s children?

What responsibilities or privileges doe this give?

How does our understanding of God as love shape our doctrine of creation? 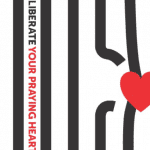 July 26, 2017 The Prayer (New) Heart: Prayer's Biggest Question
Recent Comments
0 | Leave a Comment
Browse Our Archives
get the latest from
Evangelical
Sign up for our newsletter
POPULAR AT PATHEOS Evangelical
1