Is There an End In Sight? (RJS) 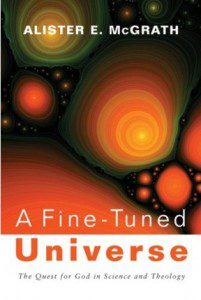 Chapter 14 of Alister McGrath’s book A Fine-Tuned Universe: The Quest for God in Science and Theology deals with the question of teleology and directionality in evolution.

The neo-Darwinian paradigm, (that popularized by Richard Dawkins for example), is that evolution is an undirected, highly contingent, random process. Evolution simply operates to preserve the replication of genetic information.

“We are the accidental result of an unplanned process…. the fragile result of an enormous concatenation of improbabilities, not the predictable product of any definite process.” … The influence of contingency is such that what happens is the product of happenstance. “Alter any early event, ever so slightly and without apparent importance at the time and evolution cascades into a radically different channel.” (p. 189-190)

This description of the process poses serious problems for reconciliation with a Christian view of creation. But it is not at all clear that Gould or Dawkins are correct in this regard. The evolutionary process need not be highly contingent nor intrinsically unpredictable. In fact there appears to be a remarkably robustness in the outcome – a distinct directionality to the process. This does not deny the basic facts of evolution – as an explanatory tool evolution is essentially proven. Yet the fitness landscape that governs the process may place tight constraints on key features of the outcome. There are only so many ways to make an eye, or to harvest solar energy. Similar themes recur, … independently…constrained by physics, chemistry, and biology; constrained by the nature of the universe.

Simon Conway Morris, a Cambridge paleobiologist,suggests that there is a convergence in the evolutionary process. Conway Morris has a number of lectures available online at the Faraday Institute (Search on Morris). He has published several books including Life’s Solution: Inevitable Humans in a Lonely Universe and The Runes of Evolution: How the Universe became Self-Aware. He is also the editor of the book The Deep Structure of Biology: Is Convergence Sufficiently Ubiquitous to Give a Directional Signal.

McGrath summarizes his argument as follows:

Conway Morris’s case is based on a remarkable compilation of examples of convergent evolution, in which two or more lineages have independently evolved from similar structures and functions. Conway Morris’s examples range from the aerodynamics of hovering moths and hummingbirds to the use of silk by spiders and some insects to capture prey. “The details of convergence actually reveal many of the twists and turns of evolutionary change as different starting points are transformed towards common solutions via a variety of well-trodden paths.” And what is the significance of convergent evolution? Conway Morris is clear: it reveals the existence of stable regions in biological space. “Convergence occurs because of ‘islands’ of stability, analogous to ‘attractors’ in chaos theory.”

The force of Conway Morris’s critique of Gould cannot be overlooked. While contingency is a factor in the overall evolutionary mechanism, it plays a significantly less decisive role than Gould allows. (p. 192)

The point Conway Morris hopes to make in assembling his matrix of convergence is that the number of evolutionary endpoints is limited. Time and time again, evolution “converges” on a relatively small set of possible solutions to the problems and opportunities that the environment offers to life. (p. 193)

A directionality to evolution, the presence of islands of stability, is not empirical evidence of design – it is a property of the universe, a nature of the evolutionary algorithm. Yet it is entirely consistent with the existence of design and the presence of a designer. Darwin’s theory of evolution may have removed the necessity of a designer, a creator God, to explain the complex structures of biology, yet it does not eliminate the possibility that a creator God exists. John Henry Newman said “I believe in design because I believe in God; not in God because I see design.” and McGrath continues…

Theists are free to agree that natural processes are adequate to explain biological design, but they are also free to insist that theism provides another equally rational and plausible explanation which may ultimately prove to be the best explanation. Once more, the issue concerns the consonance or resonance of a Christian vision of reality with what is actually observed. (p. 196)

Might not the evolutionary process, despite its contingency, still be consonant with the achievement of purpose on the part of a creator God?

Perhaps a certain amount of contingency, choice and chance, is an intentional and necessary part of God’s creation. God created a world capable of ongoing development and growth. His hand is active in the entire process. Yet choice and chance are required for a creation and a creature capable of relationship with the Creator. In science we perceive and study the natural processes designed by God. God himself is seen only through eyes of faith. The evidence for God is found in relationship with God, we err when we expect to find it through empirical and detached observation.

August 10, 2017 Trump's Spiritual Advisor and War
Recent Comments
2 Comments | Leave a Comment
"Many would say “biblical” and that, like forgiveness said C.S. Lewis of forgiveness, is a ..."
Doug Croze What is “Evangelical” Theology?
"Even if imputation is in view it is not the imputation of his life but ..."
John Thomson The Gospel and Double Imputation
"Fear is something dangerous, and it can direct your um curso em milagres youtube life ..."
burakdeniz The Miracles of Creation? (RJS)
"If Wilson limits his theology to what scripture explicitly states (and he does), then isn't ..."
Robert Zeurunkl The Subordinate Place of Supreme Honor: ..."
Browse Our Archives
get the latest from
Evangelical
Sign up for our newsletter
POPULAR AT PATHEOS Evangelical
1