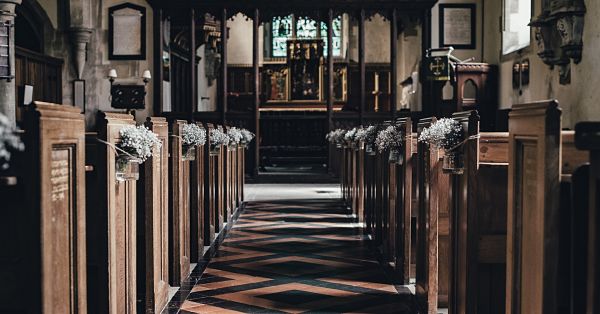 Yesterday I received a letter from a reader asking about plagiarizing sermons, and the writer made it clear when the subject came up many in the room thought it was not only acceptable but there were no moral issues at work. The issue is not professional ethics or intellectual property. The issue, the reader said to me, was about “authentic spirituality.”

My response follows, but here’s the big one: What do you think of using the sermons of others? (Without attribution.)

I once was in a situation when a pastor admitted to using sermons from sermon sources, and he also said he hadn’t thought there was anything wrong with it. What most confused me about the situation was that he was using illustrations from other preachers in the first person — and you really did think these experiences were his. So far as I know, he stopped.

What are the issues? Here’s what I see:

First, it is not honest. Part of the pastoral task is to preach (if that is part of your “job description”), and that means preparing their own sermons. I don’t know any search committees that prefer their pastoral candidates and preachers to use sermon sources [in order to borrow or swipe sermons preached by others on a routine basis or without acknowledgement — added in light of Steve May’s fine suggestions and clarifications in the original version of this post].

Second, the temptation is evidently strong, and I’d like to know what you think drives pastors to plagiarize sermons, but here’s what I see. Sometimes they don’t have the time to get a sermon ready. Sometimes they have too many sermons or talks to get ready for the week and resort to using somebody else’s for one of the talks. Sometimes the pressure to be a good preacher is so strong the preacher is tempted to use someone else’s already-shown-to-be-good sermon. Sometimes there are so many good preachers in the area swiping sermons is the only way a preacher can “compete.” Sometimes a pastor’s job is on the line for how he or she preaches and they are able to postpone the inevitable with a few good sermons swiped from a source.

Third, pastors should not subscribe to such services if they are at all tempted to swipe sermons. I suppose these services are designed to help pastors see what good preaching looks like — but that’s another series. If the temptation is there, it is far wiser to make it unavailable.

Fourth, sermon services are partly culpable here: I’ve never been part of this so I’d like to hear how they work. Do they warn of plagiarism? Do they educate on the proper use? Someone will know more than I about these services.

Fifth, what is a sermon? Well, it’s a whole life brought to bear on a text each week for a single 30 minute or so sermon before a specific congregation. It shames the preacher not to be who he or she is in the pulpit, and to pretend to be someone else. It de-localizes the sermon from the local context. It distorts who the preacher is before the congregation.

So, the sermon is highly biblical, highly personal, highly local, and highly temporal: it is the individual preacher engaging God and Bible and congregation, in that specific location, for that time.

Sixth, which brings up the philosophical issue: Is there not nothing new under the sun? Well said. To be sure, nearly every sermon emerges from books and sermons and ideas and all sorts of things that were used. But it is bricolage, it is quilting, it is convergence — it is precisely those things and not simple usage of others. It brings together other people’s ideas and says so if it is substantial; but it is a uniquely personal, local, and temporal bringing of those things together. Taking someone’s sermon destroys the bricolage and turns it into a canned, deceitful act of creating a false image in front of God’s people.

Now let’s be honest: sermons don’t have footnotes and need not. You need not end each separable idea with a “I got this point from Ortberg and this one from Niebuhr and that one from Bonhoeffer.” We all use things from others in sermons, and when we use a lot from someone about some point, we say so. By and large the congregation doesn’t care about that.

But, I think they expect the preacher to be preaching his or her own sermon and not someone else’s.