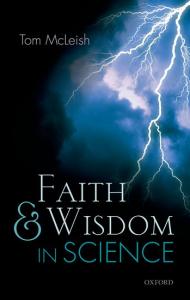 I had the opportunity a week ago to join a group of colleagues for breakfast with Tom McLeish. It was a fascinating and wide-ranging discussion. Later that day I ordered copies of Tom’s book Faith and Wisdom in Science (2014) along with his more recent Let There Be Science: Why God Loves Science, and Science Needs God (2017). Tom is Professor of Physics at Durham University. He is a theoretical physicist specializing in soft condensed matter – polymer physics. You can read more about his science and other pursuits at his University website here. He also has an occasional blog coupled with his books on science and faith: Faith and Wisdom in Science. I had not seen his books before (rather surprising given the range of my reading in this area) but they are definitely worth reading and reviewing.

In Faith and Wisdom in Science Tom picks up on a biblical theme that has impressed me as well. The book of Job is probably the most useful biblical resource for understanding creation, faith and science. The wisdom hymn in chapter 28 and God’s speeches in 38-41 are particularly significant.  But Job will come later. Today I will look at Tom’s opening framework for faith and science.

What words or images are conjured up by the idea of science?  Are the ideas positive or negative?

Tom notes that science falls in a class of concepts “that generate a very mixed response with a clamour of different voices including the critical, the impersonal and hard-edged.” Science both dehumanizes and cures cancer. Faith is a similar concept that generates contradictory responses – trust and extremism. Many voices argue that science and faith are contradictory and that science is the path to truth. As an example Tom quotes Dawkins: “I am against religion because it teaches us to be satisfied with not understanding the world.” (The God Delusion)

This quote is interesting. A person could equally say against Dawkins “I am against science because it teaches us to be satisfied with not understanding the world.” If science, touching on investigation of the material world limits knowledge and human experience it also constrains and constricts human experience.

In fact Tom points out that many people are uncomfortable with science precisely because it depersonalizes and dehumanizes. To unweave the rainbow, using John Keats’ line, is to remove an important element of reality from the picture. “For Keats, science relentlessly … saps nature of all that touches the deeply human within us.” (p. 15)

Another important perspective is that science is simply a tool to better the human experience (cure cancer, permit communication and travel). Perhaps, however, science is in part “art” providing a creative contribution to human flourishing.  Science may improve the communication between humans (thinking, feeling beings) and the material inanimate world around us.

McLeish suggests that our culture reflects the contradictory impulses toward science and its impact on humanity.  There is a clamor of voices in a chattering crowd.

We will need to … take a contemplative journey of our own through some science before we can tease out roles for faith, or even ‘Faith and wisdom’, in this highly emotive strand of our culture. What does it feel like to do science? … Some rolling up of sleeves and ‘contemplation’ of science from within will also prepare us for resonance we will need to be sensitive in reading wisdom literature from much older cultures. (p. 24)

The biblical accounts of creation, particularly in Job, reflect the (inspired) wisdom literature of ancient Israel.

What images arise from the concept of science? faith?

How does this reflect our culture? 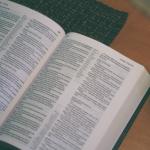 September 4, 2017
The Nashville Statement: A Pastoral Approach
Next Post

September 5, 2017 I Stand With Roger: A Call For Pastors To Take A Stand
Recent Comments
4 Comments | Leave a Comment
Browse Our Archives
get the latest from
Evangelical
Sign up for our newsletter
POPULAR AT PATHEOS Evangelical
1